Man shot in face during gathering at Southwest Side home

New apartment community set to rise along Broadway near Pearl

An overnight success in Hollywood is rarely ever just that, but that's how it happened for actor Alexander Hodge -- and he humbly recognizes that fact.

The Insecure star, whose character is affectionately referred to as "Asian Bae," was an immediate standout from his debut in season 3, thanks to his flowing locks, swagger and confidence. He was a welcome match for Molly (Yvonne Orji), Issa's type A best friend whose love life could use a bit of a makeover. In the current fourth season, the relationship between Molly and Andrew -- it's easy to forget, but Asian Bae has a real name -- has begun to deepen, increasing Hodge's screen time.

"I was very, very new to the whole world of television acting. I had probably spent three or four days on an actual TV set in my whole life before we started shooting my role on Insecure," Hodge confesses to ET during a recent interview for Asian Pacific American Heritage Month. When he connects over the phone, the actor has just finished a four-hour, 14-mile walk that's put him in a reflective mindset, ready to discuss everything from the Asian representation he saw in media growing up in Australia (or lack thereof), his career beginnings and why he cut his signature long locks.

But first, Insecure. The latest episode was a big one, as Molly's decision to put her relationship with Andrew above her friendship with Issa led to a big blow-up between the estranged best friends. "We're going to see what it looks like when Molly and Andrew are exploring the reason for their relationship, rather than just the season of it. We're going to see if they can handle the higher gears of the relationship," Hodge says.

So far, Molly and Andrew have been through a lot. Through their romance, the show has addressed how factors such as clashing personalities, work priorities, exclusivity and race can play in a relationship. All things "real" couples deal with, Hodge notes. "It wasn't just about writing an Asian man with a black woman. That wasn't the point of the relationship. It was to show what challenges two strong people [can have] in a relationship," he says.

Similarly, the character of Andrew wasn't developed in order to break stereotypes or "revolutionize" the representation of Asian characters on screen. Instead, in a collaboration among Hodge, showrunner Prentice Penny and costume designer Shiona Turini, Andrew was crafted as a hyper-specific Asian man, identified by his background, Los Angeles roots and unmistakable fashion sense. "I think it really was just the intention of being specific. Maintaining the integrity of him was the reason he was relatable," Hodge suggests. "He leaves a vivid image when you watch the show."

Viewers have taken note, inspiring a legion of thirsty tweets around Asian Bae. "It's all love," Hodge says with a laugh. "The memes, the GIFs, everything, it’s one of my favorite things about the show -- fan engagement."

One thing fans haven't been as excited about this season is Andrew's short hair. Hodge's signature ponytail was cut for his role on CBS' short-lived drama Tommy, but don't fear, he's growing it out in quarantine. "Production [on Tommy] was adamant that there were no long-haired police officers. I think there’s room for representation of long-haired police officers and government servants, but that’s just how I feel, you know?" Hodge quips.

Tommy was canceled after one season, while Insecure was recently renewed for season 5. It's all part of the ups and downs of Hollywood, which Hodge is grateful to experience. As he tells ET, he's aware that his success is coming at a time of transformation when it comes to inclusivity in the industry, especially for Asian actors. "I’m very much a beneficiary of the hard work that came before me," Hodge acknowledges, crediting his predecessors for paving the road for him and his generation.

There were "signs" of struggle along the way. "The big question in acting school is, what is your type?" Hodge says. "And that was a question I never really could answer. I had never really seen anyone like me on screen before. I didn’t have a prototype because it didn't exist. I had never looked at someone else and [said], 'That's what I can be. That's what I can do. That's my lane.’”

While that realization was momentous in itself, Hodge was exposed to another perspective when his acting instructor tried to offer assistance. He told Hodge that his type was Lou Diamond Phillips.

"Much love to Lou Diamond Phillips, he's one of those who came before me, but the fact that the director of the school I was studying at said the nearest reference for me was a 60-year-old actor really exposed the glaring deficit that there was no one between Lou and myself," Hodge reflects. "It was kind of alarming as a student to hear that, but I’m grateful now to be able to be a small part of the change, and other kids studying can look at me and answer that question now about what their type is."

That hope to change things for future generations has shaped Hodge's goals for his career. It's not a blockbuster action movie or an Oscar-winning drama the actor most looks forward to; he wants to "do something for the kids."

"I want to do something that my little cousins would see. I recognize that people seeing my work now have already grown up. What I'm trying to replace is what I didn't have in my childhood -- being able to, you know, reach young viewers," he says.

Hodge gets choked up as he ponders how "empowering" it would have been to see an Asian superhero in mainstream culture, like the upcoming Marvel's Shang-Chi and the Legend of the Ten Rings, which hits theaters in 2021. (Canadian actor Simu Liu, best known for Kim’s Convenience, plays the mythical superhero.) "It would make me proud, and I don't know if that's a word I could use to say about my heritage growing up," he admits.

"I think the future for us, in terms of representation, will be in executive power. I think what is going to really help us capitalize on this moment is being in a position of influence,” forecasts Hodge, who has spent time in quarantine writing. “The less people who don’t look like us that we need approval from, the better, because then it becomes infinitely easier for us to find empathy for our stories.”

May is Asian Pacific American Heritage Month in the U.S., which celebrates the contributions and influences of the Asian community. To capture the current state of representation in entertainment, ETonline will be spotlighting Asian performers and projects all month long. 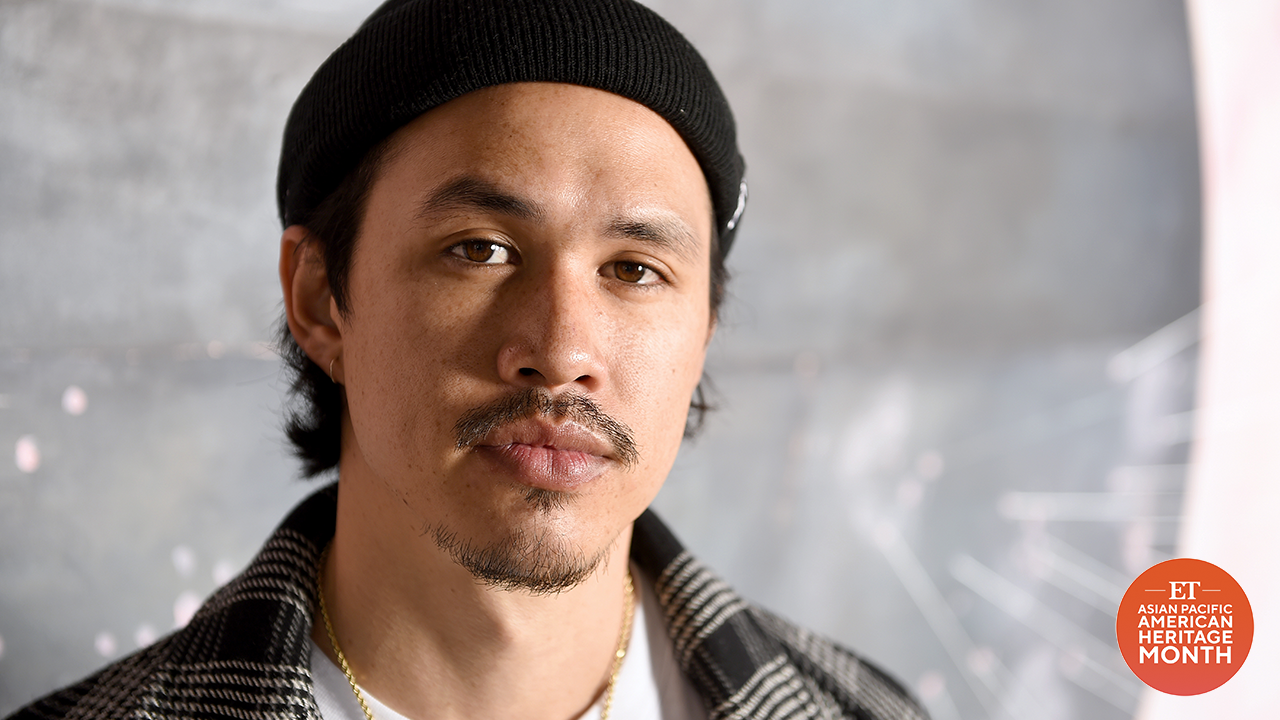