SAPD: Man hospitalized, in critical condition after being struck by vehicle on I-35

Parental support is critical when it comes to math achievement, study says

No matter how Wednesday's season finale of Survivor ends, each castaway is leaving a winner.

Survivor: Winners at War will wrap up Wednesday night, with a new Sole Survivor and a $2 million prize. Tony Vlachos, Michele Fitzgerald, Sarah Lacina, Ben Driebergen and Denise Stapley are still in the running -- as well as a mystery castaway yet to rejoin the competition from the Edge of Extinction.

In an interview with ET's Matt Cohen, "Boston" Rob and Amber Mariano, who are among the Edge of Extinction crew, opened up about what fans can expect from Wednesday's big "emotional" three-hour finale... and offered their expert reviews on this season's gameplay.

"I think this might be the most emotional finale," Amber shared.

Over the course of the season, fans have seen both Amber and Rob shed a few tears. The couple -- who met on Survivor and just celebrated their 15th wedding anniversary -- have gotten emotional over everything from Rob fighting through injury to Amber reminiscing about the "simplicity" of the time they spent together.

Quarantining with Rob and their four daughters has Amber "almost missing" that simplicity again. Trying to homeschool their kids while both working has been challenging, but couple has gotten creative -- especially after their daughters got to experience a bit of Survivor during the unprecedented family visit on Winners at War.

"I taught my daughter Lucia how to make fire with a flint and a machete last week. There's a tutorial on my Instagram," Rob said.

"[The kids] were already planning to be on the show before they even got to go out there, but now that they've had the experience of being out there, they feel like they're a foot ahead of everybody else," Amber admitted. "They were so excited to come out... and we couldn't believe that they were out there."

"In the game of Survivor, once you get voted out, you give up on the family visit. ... So, the fact that they showed up on the Edge of Extinction was such a shock and such a gift," she added. "We always talk about Survivor with our kids and what we do on Survivor. The fact that they got to come out there and be a part of our story and experience it themselves was just a wonderful, wonderful thing and something they're always going to remember."

Rob is also proud of how his and Amber's story continued this season. "Even though it's an individual game, we're kind of fighting as a team, and I think the audience got to see that and saw us support each other. So, it was cool. I knew that's how it was gonna be."

The game's not over yet, however. Natalie Anderson has the most advantages of the castaways on the Edge of Extinction, but that doesn't necessarily mean it'll be her rejoining the competition. "We've all been out there for various amounts of time, but this season being an all-winner season, we're all competitors," Rob noted. "Nobody has any quit left in them. We're all going out there fighting for that last spot, so it's gonna be a battle, for sure."

Rob lost about 35 pounds on the season -- "I generally lose about a pound a day," he admitted -- while Amber lost about 20.

"Survivor's the real deal. A lot of people don't realize it takes a toll on you. You're eating less than a handful of rice every single day and maybe we catch a fish, but what's a fish divided by 12 people?" Rob pointed out.

"The good news is we filmed it almost a year ago, so we're back to making macaroni and pizza and everything that we want over here," he added. "There's no shortage of food at our house."

As for whom fans should keep an eye on during Wednesday's finale, Rob said Tony should be a big target.

"Personally I can't believe Tony hasn't been targeted," he shared. "I like the way he's manipulating different situations and getting away with it, so I think he's playing the best game right now. Tyson [Apostol] has been playing a good game. He fought his way back in once and he's gonna try to do it again. But he's gonna have to deal with me and everybody else that's on the Edge -- and Natalie's playing a great game on the Edge too."

"She's been there from the beginning, there was a huge advantage for her. She kind of got to see how things worked," Rob noted. "I'm impressed with lots if different people's games."

The season finale of Survivor: Winners at War airs Wednesday at 8 p.m. ET/PT on CBS. See more on Rob and Amber on tonight's ET. Find out how to watch here.

'Survivor: Winners at War': Natalie Gears Up to Get Back in the Game After a Month on Extinction

'Survivor: Winners at War' Boot List: See Who's Been Voted Out (So Far)

'Survivor: Winners at War': Boston Rob Plays Through Injury and Tony Might Be the One to Beat 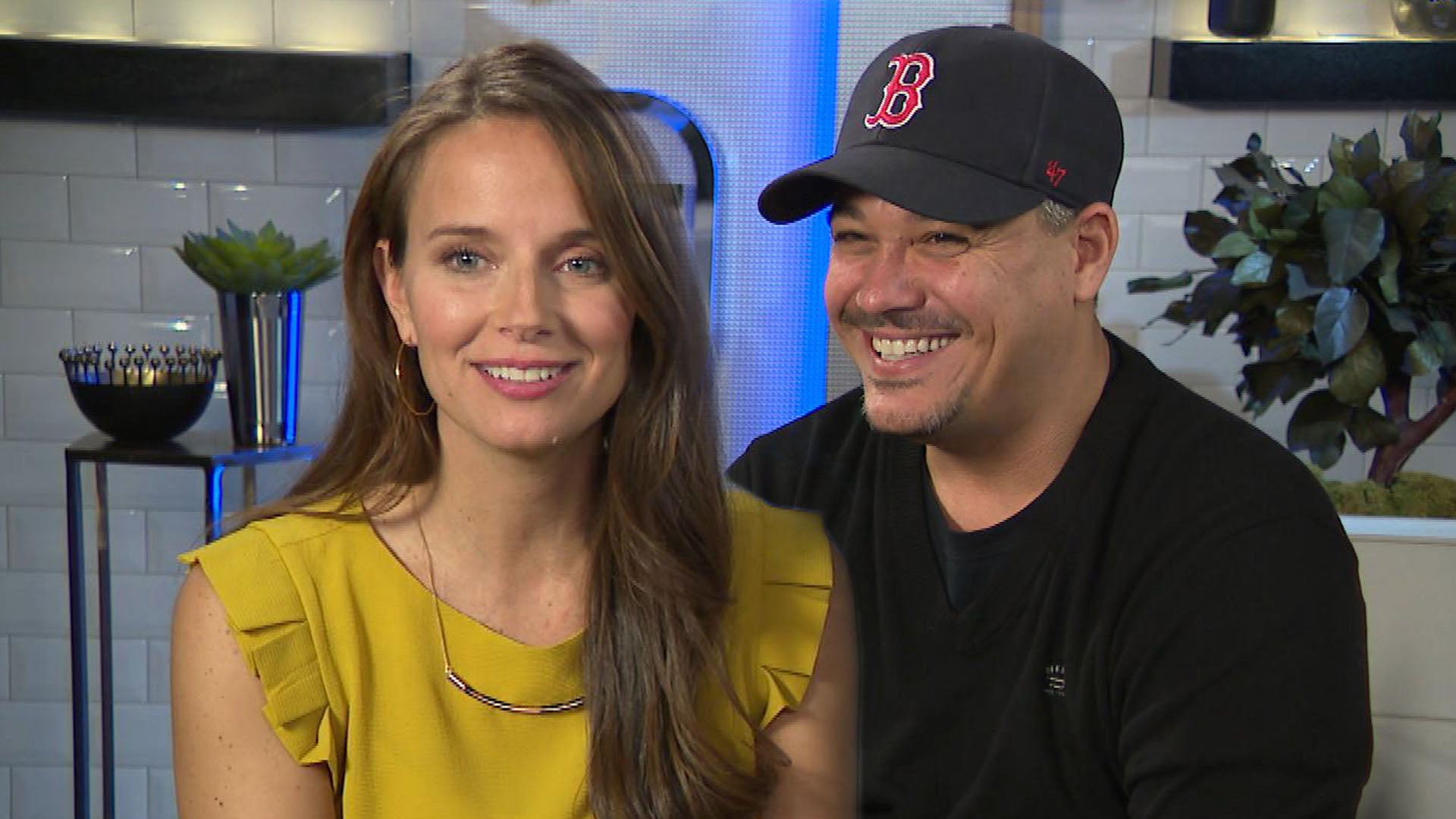