SAPD: Suspect fatally stabbed 23-year-old man, had relative drive him away from scene

1 injured, 1 in custody after cutting on East Side, police say

Station 19 pulled off a surprise twist at the end of its season 3 finale.

As the season began to wind down, Andy Herrera (Jaina Lee Ortiz) started questioning the circumstances surrounding her mother, Elena's (Patricia De Leon), death after losing her father, Pruitt (Miguel Sandoval), in a fire -- his heroic sacrifice saving Firehouse 19's lives. All her life, she was told her mother was sick, leading to her death when Andy was only 9 years old. On Thursday's season closer, titled "Louder Than a Bomb," it turned out Andy's mother -- a former fire academy cadet -- wasn't dead after all: She's been secretly alive this entire time.

The reveal was one of the first major plot points new showrunner Krista Vernoff put into place when she came aboard at the start of this season. "It was sort of the first big pitch that came out of the new writers room," she tells ET. With a plan in place, Vernoff was able to plant seeds all throughout the season that formed a path to the finale reveal.

Following the episode, ET spoke with Vernoff to get the story behind the Herrera family twist, surprising finale revelations and an early look at season 4.

ET: At the end of the finale, it's revealed that Andy's mom, Elena, is actually alive. When did you get the idea for this twist?

Krista Vernoff: We're thrilled with that. It was sort of the first big pitch that came out of the new writers room at the beginning of the season. Because we knew it all season, if you look through the season, there are hints at it.

Why did it make sense for this to be something you wanted to explore?

We felt like there was complexity in Andy's relationship with her father and some mystery surrounding the mother's death woven into the fabric of the series. The way that Andy remembered her mom pulling her out of school and having this beautiful day, it just evolved. It felt true when we came to it in the writers room.

Does this mean that we'll see Pruitt in flashbacks in the new season?

Yes, it is my hope that we will see Pruitt. Miguel, I know, is working on many things, but we hope to see him in some prospects next season.

When Andy is reunited with her mom, that's a huge shock to the system for her. How does she pick up the pieces and try to figure out the years in between that she needs to fill again with her mom?

Those are all the questions that we get heading into season 4 with. It's really rich material, I think. What we loved for the end of season 3 is that this is a really super crazy thing to discover, that your mother, who you were told was dead, is not in fact dead. And there's an argument that it's sort of melodramatic. There's also an argument that people go through this kind of discovery in life often, and that when you are on the verge of knowing something that deep to be untrue, everyone else starts to tell you that you sound crazy. What we love about it for this season is that Andy's been seeming really crazy for a couple of episodes. Then, it was this beautiful confirmation. She didn't think her mom might still be alive. She just knew something was wrong with the story she'd been told. That's what we loved exploring at the end of this season. And everything you said is our material to dive into when the writers room gathers in a week.

That is the case. She had one take. She cut her hair and it was so beautifully done.

It was such an emotional moment, especially that act meaning she was letting go of her father and her past. Can you talk about how her perspective shifts after that moment?

Here's what I understand about abuse. Often, children who survive abuse will define it through terms that a child can understand. So young Maya decided that her dad was not abusive because he never touched her. He never laid a finger on her. She kept saying that. For her, when he laid a finger on her, when he grabbed that ponytail, that child's illusion shattered. That illusion that he wasn't abusive because he'd never touched her, that line that she'd drawn in the sand for herself was crossed. The illusion was broken, and she deeply understood all of a sudden that she'd had a horribly abusive father and that she needed to feel that in order to have any kind of a healthy relationship with Carina. The ponytail became representative of cutting off that past, cutting off the denial, cutting off the pain, starting over and starting fresh.

I don't know if I would be confident enough to cut off my hair on camera myself.

It was amazing. I will say, we had talked to Danielle, we had some ideas about her cutting her hair off early in the season, but she has a sister who's a firefighter who has long hair and she wanted to make sure that we weren't saying firefighters can't also be feminine. So we didn't do it at that time, because that made sense to us. Then Danielle called us the last week of the season and she said, "Krista, I'm sick of this hair. I'm ready to cut it off. Do you have any storyline that might support it or should I just wait until between seasons?" We were building the father's story at that point, and that phone call from her crystallized the whole story for us. It was a great team effort.

There were big moves relationship-wise. First, with Vic and Dean's friendship imploding at the end when he asks her to move out. Obviously, there's a lot kind of unsaid. What's going on with them?

There's a lot unsaid. I think what's going on with them is that he's developed feelings for her and she thinks of him as one of her best friends. He doesn't want to ruin the friendship and he doesn't know how to continue to resist the feelings with her there in his apartment all the time. That gives us fertile ground for jumping off in season 4.

Travis has a moment where he tells Emmett he's not in love with him. What is next for him after that heart-to-heart that they have?

Yeah. To be honest with a person that you love them, that you like them, that you admire them, but that you are not in love with them, there's so much kindness in that. Not every relationship culminates in a great love story. Sometimes the person is a bridge. As much as Emmett fell in love with Travis, Travis was a bridge for Emmett out of the closet. And I think that Travis' life experience is so far beyond Emmett that the feelings weren't mutual and he had to tell him the truth. And where it goes from here, the writers will gather for season 4 and we'll get into it.

You mentioned the writers room is starting up in the next week...

Have you been forced to think about tweaking any storylines you had planned as a result of coronavirus and the fact that Grey's Anatomy didn't have the original finale that you had already planned?

I am really a work hard, play hard person. So I work really hard and then I take a hiatus and then we get together and we work really hard. I don't have an answer to that question. I literally haven't spent any time thinking about it, but I will as soon as I'm in a room with a bunch of writers.

This was your first season running Station 19. What are you looking forward to digging into in season 4? 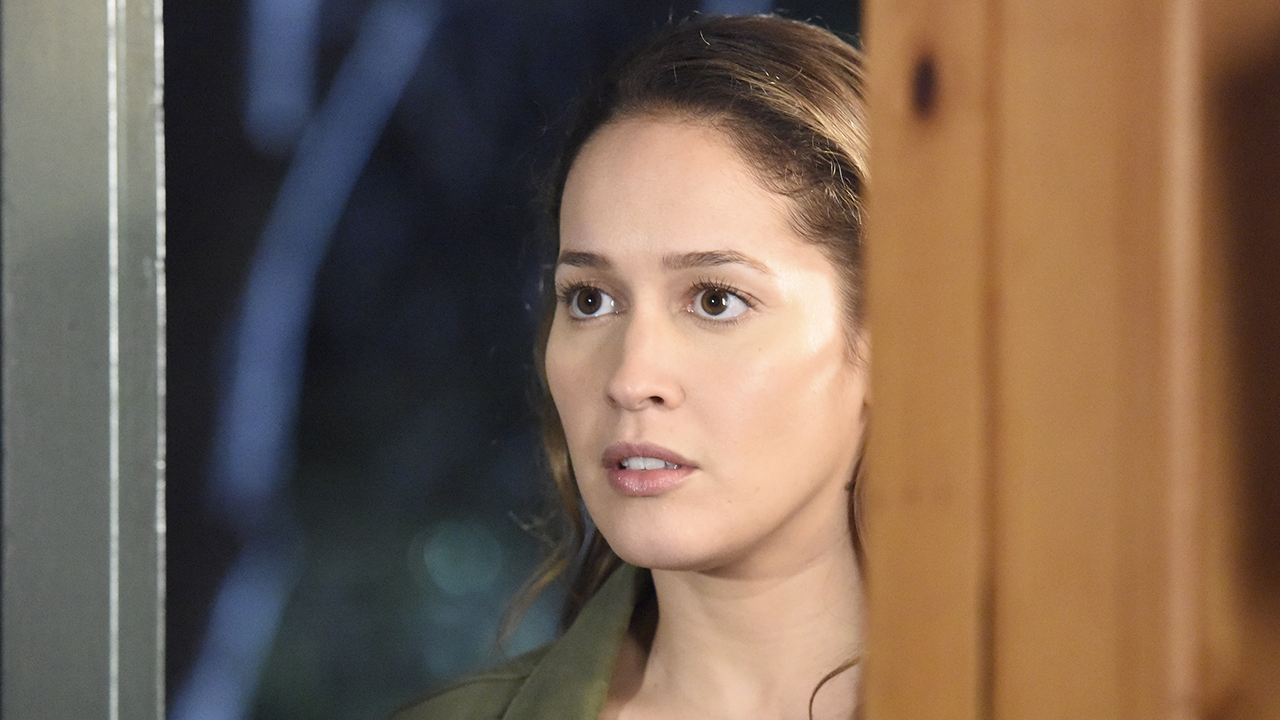