Medina ISD police chief urges others not to gamble with their health after suffering heart attack, dying for 15 minutes

‘I’m not putting my gun down’: Man killed in police shootout after shooting child’s mother’s friend at East Side apartment, chief says

Hill Country power outages pass two weeks, some could be out into a third

With 10 Things I Hate About You recently marking its 21st anniversary, Joseph Gordon-Levitt is just as stunned as the rest of us when it comes to how much time has passed since the '90s film charmed audiences around the globe.

“You're kidding!’ he said to ET’s Lauren Zima, reacting to how more than two decades have passed since the film’s release.

“David Krumholtz [and I] -- we're always in touch,” he added, about whether the gang could join the quarantine trend of reuniting with each other virtually to celebrate their hit film. “One day he was like, ‘Aye Joe, will you come on my Instagram live?’ I was like, ‘Alright dude, sure.’ So, we had a conversation for a while.”

Gordon-Levitt, 39, also remains in touch with Larisa Oleynik (who played Bianca) from the film, which also starred Julia Stiles and the late Heath Ledger.

"It was just such a special summer, where all the actors were so young and open hearted," Stiles told ET as she and the cast reflected on the film's 20th anniversary in 2019. "We were all really good friends."

Twenty-one years later, Gordon-Levitt may be in lockdown, but showbiz is still keeping him busy. He has three vastly different movies coming up, ranging from a low-budget, artsy film titled 7500, which he describes as “my greatest challenge as a an actor I’ve ever had,” to a “big action, popcorn movie” with Jamie Foxx called The Big Easy. Gordon-Levitt also stars in Project Power, a courtroom drama written by Aaron Sorkin.

He has also used time in quarantine to not only get creative himself but encourage others to with his new YouTube series, Create Together, premiering Monday. The 10-minute episodes focus on how people are coping with the coronavirus pandemic by getting creative.

“When the lockdown started, it was this bizarrely-beautiful silver lining to see that in the midst of this struggle and this strange time, people were overcoming the isolation by creating things together,” Gordon-Levitt explains, about how the project -- which he pitched just four weeks ago -- came about. “And, not just saying, ‘Hey, here's what I made,’ but, ‘Hey, let's make stuff together.’ A lot of people were finding so much solace and catharsis and fun doing it.”

“It's about being creative together with other people,” he continues. “Each week we'll be showing some finished, collaborative projects. We're basically telling stories about people who are coping with this time by making art -- music, short films or short documentaries.”

The collaborative nature of creativity is something Gordon-Levitt has long been passionate about. He and his brother have a joint creation, Hit Record, which reflects the idea behind Create Together.

“Hit Record is an online community that I started with my brother many years ago and it's all about people coming together and making things together -- people saying, ‘I have a beat. I need a baseline,’ or ‘I wrote a story. I want someone to draw the characters,’” Gordon-Levitt explains. “When you're feeding off other people and you want to just help someone else finish their project, you've got endless sparks.”

Aside from his various projects, Gordon-Levitt is enjoying and feeling “really grateful” for this extra time at home with his wife, Tasha McCauley, and their two young sons.

“I'm here with my family having a blast together,” he says. “It sounds weird to say that when you see people struggling with their health, what's happening with the economy and [a] weird polarization where people are seeing what's happening in such different lights. That's all quite stressful, which is why I've been trying to focus on just doing something creative every day, staying productive and spending time with my family.”

That means relishing even simple tasks like washing the dishes, a contrast to his normal life running a large company, handling employees, writing, directing and acting.

“When you really focus on the washing of the dishes, you're like, ‘Isn't it a miracle that I even have hands? And that we have hot water that can come out of this sink and I can wash it and put it in this rack and it dries and gravity pulls the water down?’” he says. “All of this is a miracle!”

See more on Gordon-Levitt below. 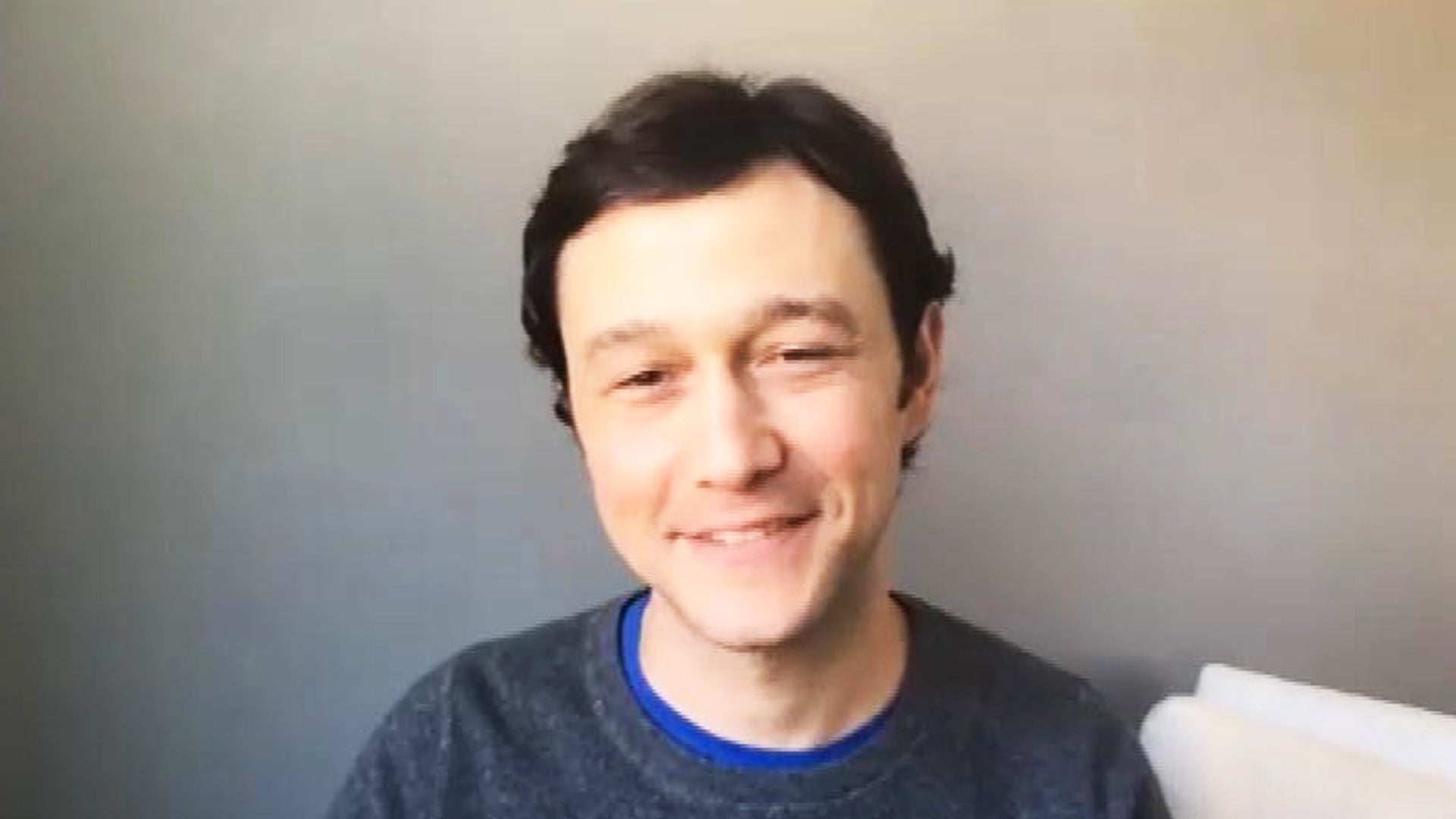