Snail mail? What we found when we mailed 100 letters in San Antonio

All-American Bowl canceled for 2021 due to pandemic; athletes to be honored with TV special instead

It's been two years since Gayle King and ET's Kevin Frazier covered the royal wedding of Meghan Markle and Prince Harry in Windsor, England. Earlier this week, the CBS This Morning co-host reflected on the historic event with Frazier.

"I'll never forget it either. The weather was perfect, she was gorgeous, they drove right by us on that balcony, we could see them, 'Hey, Harry and Meghan!'" King recalled to ET. "We had a great shot to see them."

Two years ago today, one of my favorite assignments ever, broadcasting the #RoyalWedding with #GayleKing ... I have known Gayle forever, but this was our first time working together and it was incredible. Let me be clear, I did not go there expecting the straight up fairytale that it turned out to be. Windsor was so damn magical. Two things I will always remember... Harry giving us a shout out the day before, and all the women that travelled from the US to see the wedding. Who felt they were a part of Meghan’s fairytale. It’s an assignment that I will never forget.

The 65-year-old journalist, who also attended Meghan's New York City baby shower, is thrilled for the couple, who left England and relocated to Los Angeles after relinquishing their royal duties.

"They've got a little baby, Archie, they're living in the United States, and I think the fairy tale continues for them and it just makes me happy," King said of Meghan, 38, and Harry, 35.

Though the two are no longer working royals, their wedding day certainly went down in history for a number of reasons, not least of which was the cultural impact of having an interracial couple in the royal family.

"It was interesting that people came from all over the world, certainly the United States for two people that they had never met and probably, let's be honest, will never meet," King noted. "But everybody was so excited about the story and for the two of them and for what was to come. It really was, you know, here is Meghan Markle who we know - American number one, biracial number two, and falling in love. ...We all as little girls dream of, one day my prince will come. Well, for her he really did come, he really did come and that was very exciting for all of us."

These days, Meghan, Harry and Archie are living in Tyler Perry's Beverly Hills mansion, but King denied the reports that her best friend, Oprah Winfrey, was the one to put the couple in touch with the Hollywood heavy hitter.

In addition to Harry and Meghan's anniversary, King also celebrated a special milestone on CBS This Morning on Wednesday. The morning show marked one year since Anthony Mason and Tony Dokoupil joined King at the anchor desk with a sweet highlight reel and some chocolate cake.

One year ago today, @AnthonyMasonCBS and @TonyDokoupil joined @GayleKing as co-hosts of @CBSThisMorning — and what a year it's been!

Take a look back at some of the memorable moments and the fascinating people that we've enjoyed bringing you. pic.twitter.com/SqUu78shUh

Tune into ET on Wednesday for more from our exclusive interview with Gayle King. Check here for local listings.

Though Oprah did not have a house hookup for the couple, she did give baby Archie a very special children's book, Duck, Rabbit, which Meghan read to the little cutie on his first birthday in a charity video. Check it out: 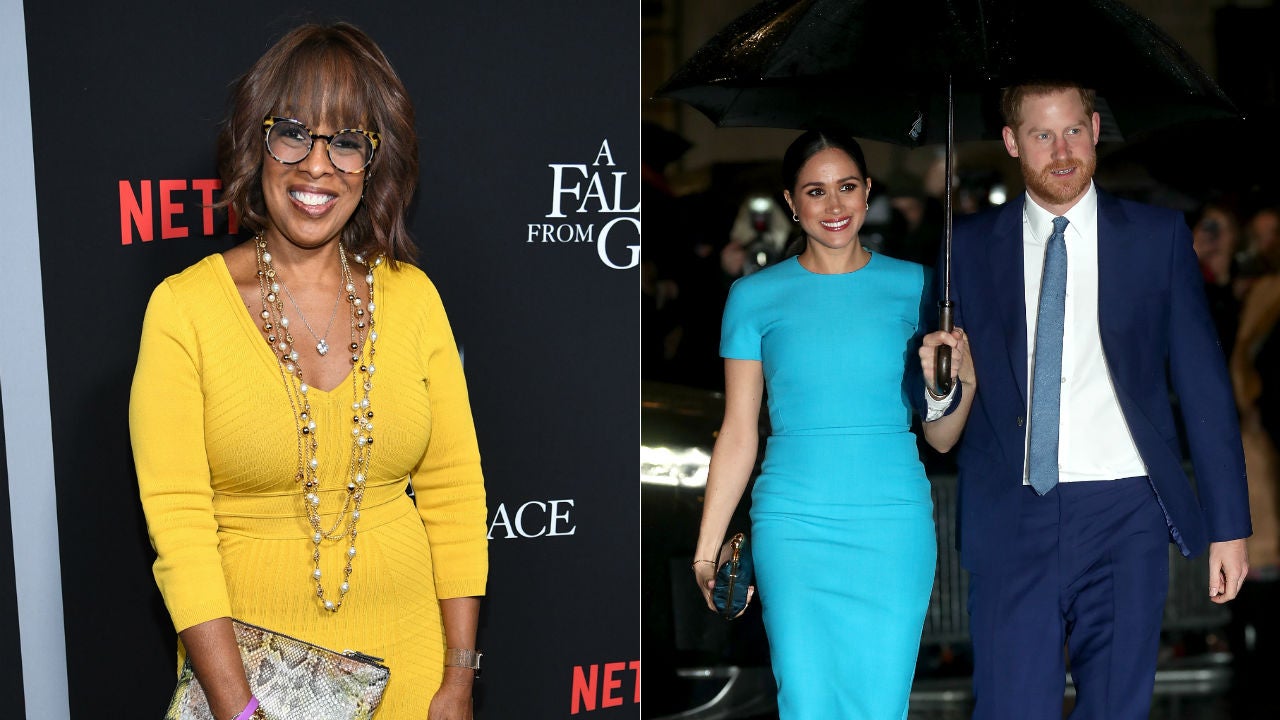