Jade Roper and Tanner Tolbert on Anxiety for Baby No. 3 After 'Dramatic' Birth in Closet (Exclusive)

Jade Roper and Tanner Tolbert are hoping for a less eventful birth for their third child. ET's Lauren Zima spoke to the couple via Zoom shortly after they announced that they're once again expecting, and they opened up about the "anxiety" they feel surrounding baby number three's birth following the dramatic arrival of their son, Brooks, last year.

"At [Brooks'] birth I definitely dealt with what I considered was trauma [as well as]... in the healing process with it mentally and probably emotionally," Roper says of giving birth in her closet. "So it's something that I am trying to be mindful of this pregnancy, just to check in with myself, and validate myself, and just be in a good mind frame. I just want to be prepared for whatever may come this time around."

One way Roper is hoping to ease the anxiety surrounding the birth is by finding out the sex of the baby.

"I have the results in an email. I could just open it up, but he thinks it would be fun to wait," Roper says of Tolbert. "With Brooks' dramatic birth, I want this one to be uneventful, so I feel like knowing will just take a lot of anxiety off of me... Everyone talks about how amazing the surprise is when you give birth and you find out the gender at the time, but I just want this to be stress-free."

"It's her call on this. She's the boss," Tolbert says. "Since we already have a boy and a girl, I don't really have a preference. I always wanted at least one of each."

As for how the couple is working to be sure an unexpected home birth doesn't happen a second time, Tolbert jokes, "As soon as that water breaks, I am forcing Jade in the car [and] we are leaving within two minutes."

"Our goal is just to make it there. At least be up on the bed ready to roll and come out then," he says. "As long as it does not happen in the car, we will be all right."

Though Roper thinks it's unlikely, she described her ideal birth as one with "a slower labor where I can process it."

HERE WE GROW AGAIN!!! It feels so good to be able to finally talk about this pregnancy! If you noticed I haven’t been on social media much the past couple of months, it’s because I was dealing with terrible nausea and fatigue, on top of taking care of two kiddos during a pandemic. Although this time has its uncertainties, we are so thankful and excited for this baby. I truly believe babies being born during this time are here for a special reason, to be light workers. We are beyond happy to love another baby, to give Emmy and Brooks another sibling and to have our children be so close! #partyof5 #babynumber3

While the couple is over the moon about their impending arrival now, Tolbert and Roper were initially shocked to learn they were expecting again.

"This was definitely not a plan. We were actually in discussions like, 'Do you want to stop at two?'" Tolbert recalls. "Jade just came down one night... and she just throws the test down on the table and goes, 'Tanner.'"

"I just slapped it on the table," Roper confirms. "I saw [the positive test] and I was like, 'You mother effer.' I slapped it down on the table and he was just so shocked."

"She has been dealing with a lot of morning sickness and I heard a lot of, 'You did this to me, Tanner,'" Tolbert  adds. "So there is some blame being thrown around."

All is well with the expanding family now, and they're "so excited and happy" to welcome their newest addition.

"Sometimes things come in waves that you don't plan, but those are the best surprises," Roper says.

Figured it was only fair if I carried this one...

Roper and Tolbert already share Emmy, 2, and Brooks, 9 months. Emmy, Tolbert said, understands "a little bit" that another sibling is on the way.

"When Jade was pregnant with Brooks, Emmy had no idea," Tolbert says. "We tried telling her one million times. She gets it now. She gets that there is another kid coming."

"She is so sweet with him. I feel like they are great," she says. "She loves to make him laugh and he lives for it. He absolutely adores her, and she likes being the center of attention, so that's great for her."

As their family grows, Tolbert admitted that the prospect of being outnumbered by their children is "scary."

"I think it is scary and daunting for a little while and I think it will become fun when they can all walk and things like that," he says. "I think we are in for a bumpy ride for a couple years, not going to lie."

With that in mind, the couple is unsure if they would want to add a fourth child to the mix.

"I have a strong feeling that this will be our last one," Tolbert says. "Never say never of course, as we have learned."

"When we first got married, we put it out in the universe that we wanted four children, so who knows," Roper adds. "This might be totally out of our control. But I think three is a really good number."

For more with Tolbert and Ropert, check out Entertainment Tonight's exclusive interview with the couple on Wednesday's show. Click HERE for local listings. 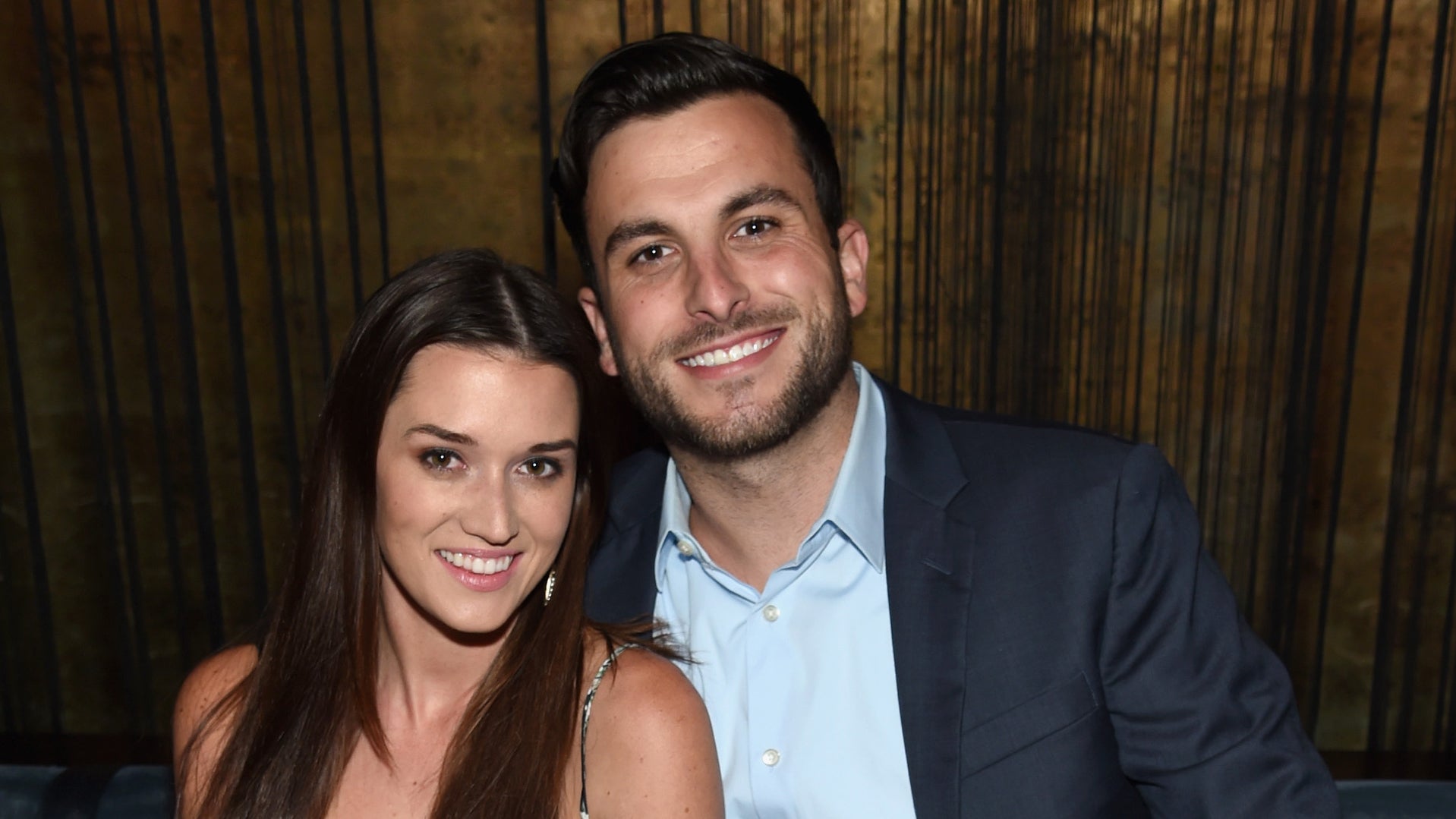