Got your earbuds in? iPhone hack can alert you to important noises like pets, babies, alarms.

Man arrested for flinging bags of animal feces out of vehicle and leaving them along road, Fair Oaks Ranch police say

Invest in an electric toothbrush with this $40 AquaSonic model

90 Day Fiancé: Before the 90 Days season 4 star Stephanie didn't get the happy ending she was expecting in Australia with her online girlfriend, Erika, but her return to the United States isn't a happy occasion either.

In this exclusive clip from Sunday's new episode of the hit TLC series, Stephanie returns to New York and is greeted by her mother, Magda, at the airport. However, the 29-year-old YouTube blogger feels dejected, given that not only did she and Erika break up, but she also can't open up about her feelings to her mom since she still hasn't told her she's bisexual.

Stephanie, who is extremely close to her overprotective mother, has been keeping her sexuality a secret the entire season -- which became a big issue in her relationship with 24-year-old Erika. Erika ended up coming out to her parents in front of Stephanie during Stephanie's trip to Australia, and she later accused Stephanie of not actually having any plans to tell her parents -- specifically, her mom -- about her bisexuality.

"My mom knows that Erika is my friend and that's it," Stephanie says in the clip. "And it really bothered Erika towards the end that I didn't know when I would come out to my mom."

"It's hard because I've had this really emotional experience and I am sad, and all I really want to do is talk to my mom about it," she adds. "But I can't, so, it's a lonely feeling."

Stephanie and Erika broke up on bad terms this season, after Stephanie accused Erika of pressuring her to come out to her mom. Erika then revealed that she had actually been in an on-again, off-again relationship with a woman for 10 years who didn't want to come out, which is why she didn't want to go through that again. Stephanie was shocked and upset that Erika has never told her about this particular ex, and dramatically pulled the plug on their relationship.

Stephanie called Erika to meet up one more time before coming back to New York, but the meeting ended on an awkward note when Erika refused to accept Stephanie's apology. Erika later admitted to TLC cameras that she wished Stephanie's trip to Australia had never happened.

Stephanie could tell Erika was upset and would not accept her apology as soon as she walked in. #90DayFiance pic.twitter.com/FBI9vopQkg

ET spoke to Stephanie in March, when she talked about the difficulties she faced keeping her sexuality a secret from her family.

"That's definitely a major part of my story," she said. "The big takeaway is that nobody's coming out journey is going to be the same. It's never going to be cut and dry, as simple as telling your parents, shaking their hands and leaving. It's a lot to process and sometimes it may take multiple tries and sometimes you might have doubts about doing it, but I hope that by watching me and Erika, people see that, hey, you can do this, and if you're not ready, that's OK, you can take your time. ... There is no right time to come out."

Stephanie acknowledged that viewers might question her intentions of coming out on the show given her career as a YouTuber.

"I think people will definitely be skeptical, you know, I'm a social media influencer, I'm a YouTuber, so people already just question, 'OK well, why is this girl doing this? Is it all just for attention or whatever?'" she said. "But honestly, this is how I've always been. I've always aired my life out on YouTube. I'm a storyteller and I like being open and honest and vulnerable because I want to make people feel less alone. I want others to feel understood because, for such a long time, I felt really misunderstood. I really felt like no one knew who I was and what I was really going through. There's a lot of stigma in the LGBTQ community but there's also a lot of stigma for bisexuals. For a lot of people, it's not taken seriously -- even within the LGBTQ community, it's like, 'Oh, why can't you just choose?'"

"I felt like this was a way of doing it that was so gutsy and just so crazy that there would be no possible way for me to go back because I've had one foot out the closet and one foot in the closet for so many years," she added. "I almost came out so many times."

Watch the video below for more:

'90 Day Fiancé': Stephanie Dramatically Breaks Up With Erika Over This Revelation

'90 Day Fiance': Erika Breaks Down in Tears Over Stephanie's 'Lack of Intimacy' (Exclusive) 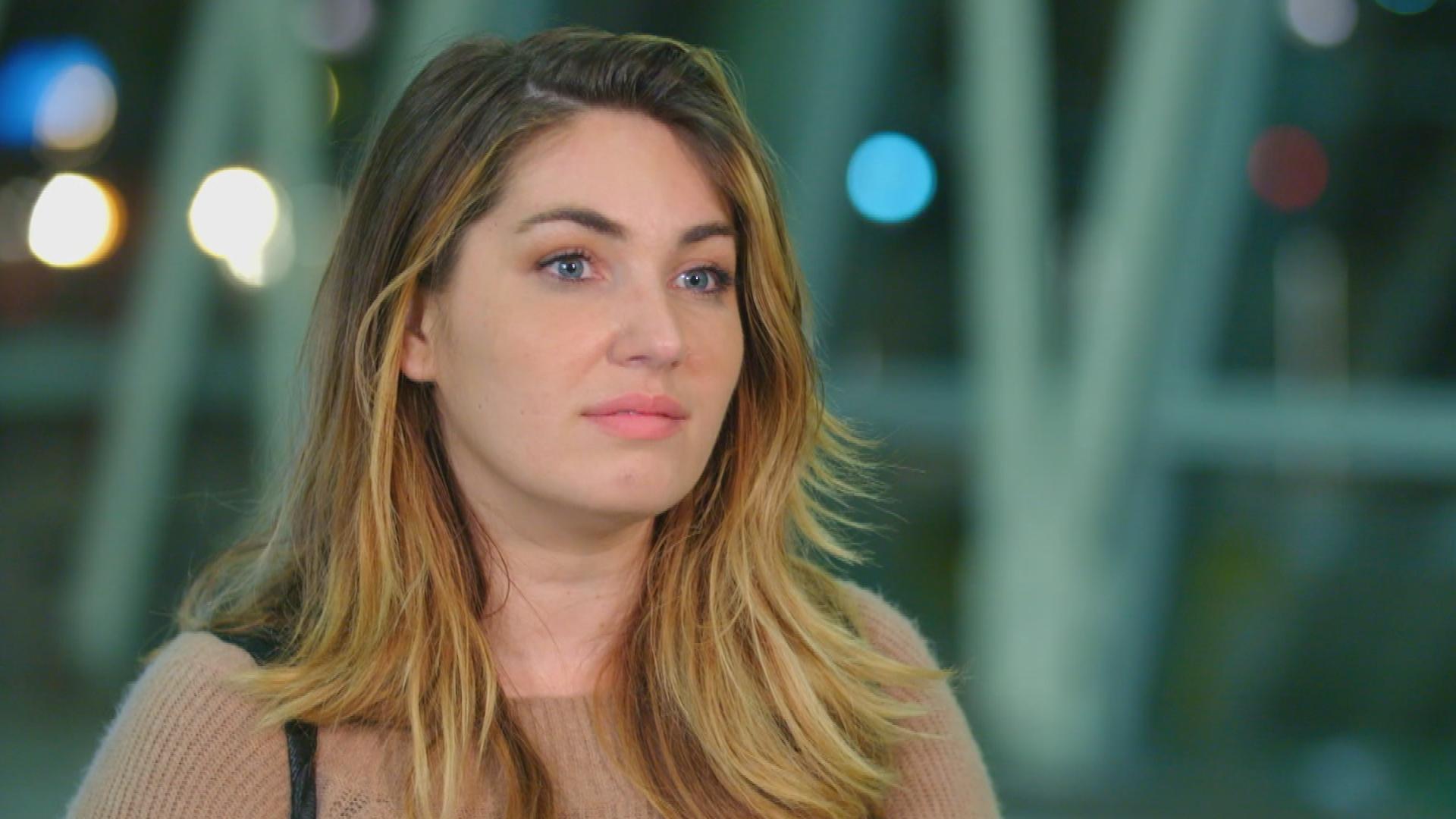