Kevin Hart is looking at quarantine as both a "gift and a curse." ET's Kevin Frazier spoke with the 40-year-old comedian ahead of the release of his audio book, The Decision, and Hart discusses what it's like being quarantined with his wife, Eniko, as they await the arrival of their baby girl. The couple already shares Kenzo, 2, while Hart is also dad to Heaven, 15, and Hendrix, 12, from a previous relationship.

"You don’t wanna see anything happen where people are losing their lives, where it's a catastrophic moment," Hart says of the coronavirus, before sharing the upside of being at home for an extended period of time. "The best thing is just continued time with my wife and my kids, actually sitting down, actually being home, being present. It's been unreal."

Hart jokes that his wife is at the stage of pregnancy where he's "got to shut up" and do "as I'm told," including making ice cream runs and participating in TikTok videos. On top of those activities, his wife and daughter have also influenced his decision to dye his graying hair.

"There's people in this house that care about me, and they deserve to see me at my best or close to it," he says. "It was getting too tough. I caught my wife shaking her head looking at me a couple times. My daughter was like, 'What are you doing?' They were on me. [They] started calling me 'grandpop' and asking me where my cane was. A whole bunch of that."

Hart's happy to do it all, though, and can't wait to have his expanding family come to fruition.

"I'm excited. [I'm] about to be a family of six. Two girls, two boys, two dogs," he says. "I would've never imagined this in a thousand years. It's a beautiful thing. I'm blessed beyond my years. [I'm] just holding my breath and getting ready for what's to come. That's what I'm doing."

In addition to preparing for his little one's arrival, Hart is also busy gearing up for the release of his audio book, The Decision: Overcoming Today's BS for Tomorrow's Success, which will debut on Audible June 9.

"I think the thing that we're lacking in life is information. There's for some reason this crazy, weird protection over information," Hart explains. "When you look at the progression in life, and the different levels of success, and the different things that people choose to do, the best way to get there is the information of how. That should come from the people who have been there, that know how to get there, that just share their role to doing it."

Hart's audio book is inspired by his "extremely active and crazy life," which has been chock full of ups and downs.

He hopes by looking "into my wrongs and how they became my rights," people will be inspired to reflect on their own mistakes.

"When we check ourselves, we're able to separate the things that have nothing to do with us and our journey," he says. "That's what I'm doing. I'm giving you a different lens to look through. In a way that only I can. Personality driven, real, but authentic in a unique way that you can engage and relate."

"It is OK to grow. It's OK. That's all decision-making. You don't come out of the room knowing what to do," he continues. "You got to learn, you got to grow, point blank."

Hart definitely has personal experience from working hard to better himself, something that was never more evident than after his severe car accident last September that left him with three spine fractures. Since then, Hart has hit the gym in an effort to "be better" than he was before.

"I'm probably 98.9 percent back to myself from the accident. There's rumors floating around that right now I may be at, like, nine percent body fat. There's another rumor that by July, for my 41st birthday, I'll probably be at, like, 7.5. And maybe, possibly, in the best shape that I've ever been in in my life," he says. "Just because I'm that type of person. I said, 'If I'm gonna come back, there's no sense coming back to be the same. I gotta be better.' So rumors are floating around in my little gym that it looks like I'm on my way to being better."

The Decision: Overcoming Today's BS for Tomorrow's Success is out on Audible June 9. 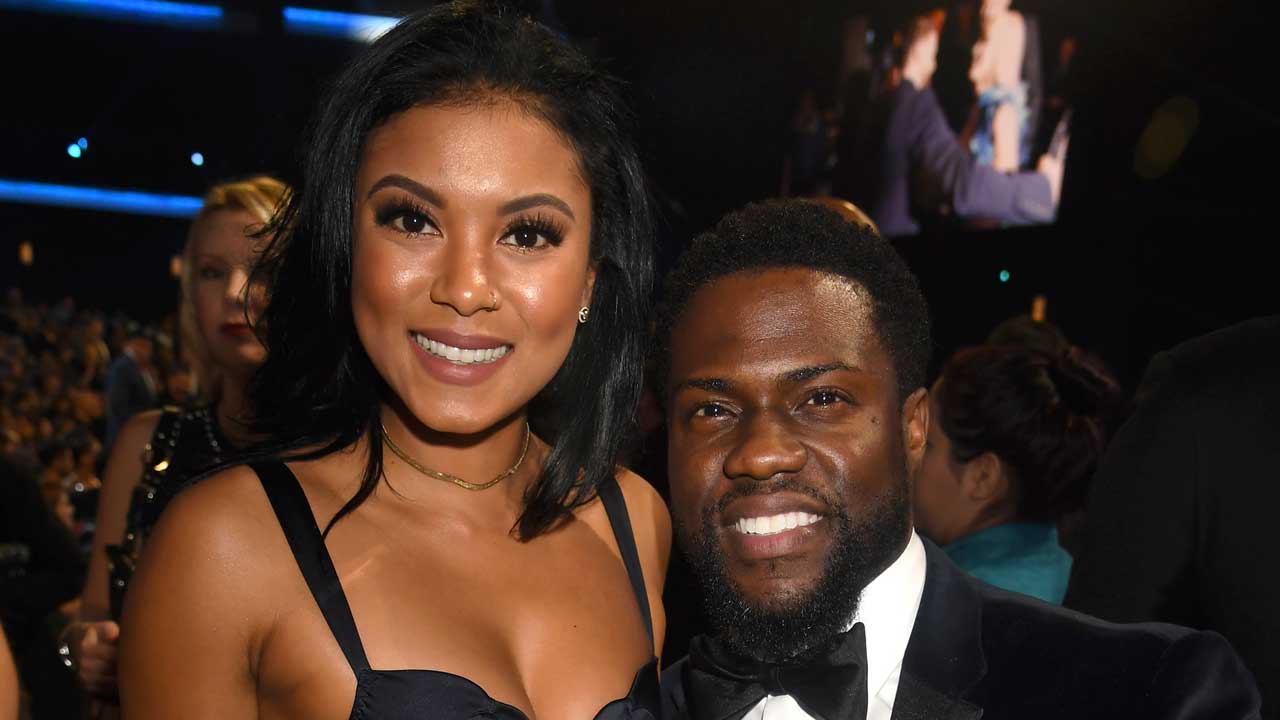