It's been nearly 10 years since Hailee Steinfeld's breakout role in True Grit, but the actress and singer remembers it like it was yesterday.

"It was such a wild experience," Steinfeld recently told ET's Katie Krause, looking back on her role as Mattie Ross in the acclaimed Coen brothers' Western. "I do feel like I freaking won the lottery with that whole thing. I mean, that role was incredible, the writing was amazing, the filmmakers obviously. Everything about that whole thing was perfect."

Steinfeld was just 13 when she was selected from an open casting call of thousands for the part -- which would ultimately score her an Academy Award nomination for Best Supporting Actress. While she admits now that "so many of those moments were so pivotal for me," at the time she was most excited about things like getting to dress up and get her makeup done for the press junkets.

"I cried my eyes out the last day of shooting the movie, because I literally thought the world was coming to an end," she recalled with a laugh. "Both Jeff Bridges and Matt Damon looked at me and they were totally kind of like, laughing under their breath. They were like, 'Kid, it's just the beginning,' meaning, 'We're gonna see so much of you, you're gonna be sick of us,' and I was like, 'I'm never gonna see you again, what am I gonna do tomorrow morning when I don't have a call time?'"

In the film, Bridges and Damon play a U.S. Marshal and Texas Ranger, respectively, with whom Steinfeld's character embarks on a mission to avenge her father's murder. While they've kept in touch over the years, the actress said there's a bit of that True Grit influence in every job she's had since.

"They're amazing, those guys," she marveled. "Just being in their presence, I learned so much. And I still, if I'm on set, I find myself doing something or another that reminds me of them, and I know that I'm doing it because I learned it from them."

"I couldn't have dreamt of a better place to start," she added, noting that some of the best advice she received was to have fun with her work and not take things too seriously. "At that point in my life, I had never been on a movie set like that before, I didn't know what was coming... It was so amazing to see how wonderful and kind and professional they were constantly -- and they have fun, I will tell you that."

"I think sometimes, 'If I could go back and make that movie now,' you know what I mean? I wouldn't do that, because I wouldn't want to touch it, but I think that would really teach me what it is I've learned in all this time."

Steinfeld's latest project is another critically acclaimed period piece -- the actress plays renowned author Emily Dickinson in Apple TV+'s Dickinson. As her first television starring role, the experience has been another learning process for the actress, as it's the most time she's spent with a single character.

"I've had one other experience, where I've made a sequel to a film, but that was the only other time I was able to live with the same character for a longer period of time," she noted of returning for the second season, which wrapped filming before the coronavirus pandemic led to major shutdowns throughout Hollywood. "We kind of picked up right where we left off, and it was just an amazing experience to be able to do that. I didn't feel like I had the chance to do that before."

"The show is pretty wild," she said of the series, which takes a few creative liberties with the details of the famously reclusive and eccentric writer's life. While season 2 doesn't yet have an official release date, Steinfeld said she's excited for fans to see what's to come. "There's a lot of twists and turns. There's a lot of unexpected [things] and there's just a hell of a lot more of that in season 2. I'm excited to see it all come together myself."

In addition to her film and TV projects, Steinfeld also just released her second EP, Half Written Story, at the beginning of May. Many fans have speculated about possible references to her split with Niall Horan on the album, however, the actress and singer remained diplomatic, saying the only response she's received so far is "a lot of fans showing me love."

"The other half of my story is still being written -- I'm still figuring out what that is," she said of the EP's title. "Just living my life. Taking my time, doing me. Whatever happens happens, and I write about it."

As for her message to fans in this unprecedented time of public shutdowns and social distancing, Steinfeld shared, "Stay positive. Breathe. Be kind to yourself. This is a hard time, I think a lot of us are being really hard on ourselves right now, because we can't do a lot of the things we're normally able to do, and a lot of us are alone during this time... Be patient and know that with each day that goes by, we figure more and more out about what our future looks like, and hopefully everything is back to whatever our new normal will be very soon. But I will just say that you're not alone and I'm with you. We're in this together."

See more from the actress and singer in the video below. 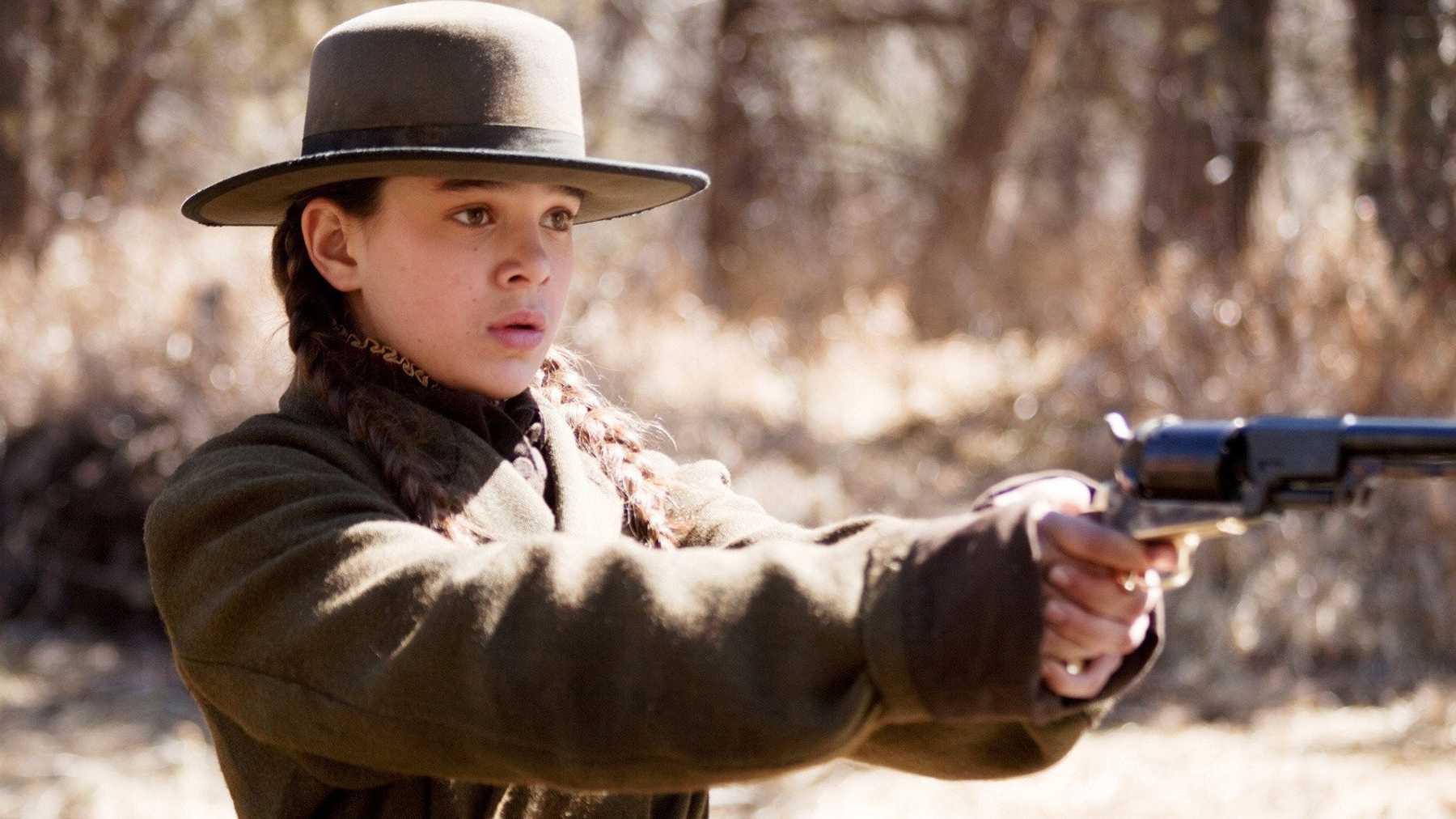