'Agents of SHIELD': Enver Gjokaj on Sousa's Trip to the Future and What Happened With Peggy Carter (Exclusive)

Agent Daniel Sousa is about to find himself on his strangest mission yet -- in the 1970s! Marvel's Agents of S.H.I.E.L.D. has seen the team time-hopping throughout their final season, and on last week's episode, they picked up a stowaway. After faking the death of the S.H.I.E.L.D. founding member to keep the timeline consistent, the team brought Sousa (Enver Gjokaj) along as the Zephyr made its next time leap -- this time to 1973.

Waking up aboard the futuristic ship and learning of his fate is certainly a shock for Sousa, and not a happy one, though Gjokaj told ET over the phone that revisiting his Agent Carter character and time-traveling with the S.H.I.E.L.D. team was "so fun."

While the actor admitted that learning Sousa wouldn't just be included in S.H.I.E.L.D.'s 1950s adventures was a "bit of a surprise" (in typical Marvel fashion, the details of his cameo were kept top-secret until the last possible moment, even from the actor himself), that's nothing compared to how Sousa reacts to being dropped into 1973 -- rock music, roller-blading hippies and all.

"He is shell-shocked and he is not going to make the adjustment well," Gjokaj said with a laugh. "And it makes for good drama. I think characters are always at their best when the rug is in the process of being pulled out from under them."

Marvel's #AgentsofSHIELD is embracing the 70s this Wednesday at 10|9c on ABC. pic.twitter.com/Egl19NKzyi

"You're going to see somebody who's adjusting to going from knowing a whole lot about everything to a whole lot of nothing," he added. "That's not a comfortable place for him to be in, and he's not in a position where he can help as much as when he was in his element, when he was one of the higher-ups in S.H.I.E.L.D. So, it's going to be a difficult time for him."

While there's the potential that some details of the future might be beneficial for Sousa -- S.H.I.E.L.D. certainly has prosthetics capabilities that are beyond state of the art -- Gjokaj noted that being unexpectedly thrust into the team's battle with the alien Chronicoms means an upgrade to his leg or cane is "the least of his worries."

"He may not make it that far, to get to that point, regardless of the technology that they have," he hinted. "I think he's dealing more with the psychic pain in the immediate term of having lost the possibility of being in the time that he knows and also the people, obviously, that he loves in that time that he didn't get to say goodbye to."

One of those people is, of course, Peggy Carter (Hayley Atwell). The agents were romantically linked at the end of Agent Carter's two-season run, though Gjokaj hinted that there's "not much" closure coming for fans beyond a few passing mentions of the relationship. (Atwell herself has shut down any speculation that she might also be making an appearance in S.H.I.E.L.D.'s final season.)

"They leave the Agent Carter storyline pretty much up in the air," he offered. "They leave it to people's imagination, what it is that happens specifically between Peggy and Daniel."

Fans certainly have plenty of theories about Gjokaj's character. Even since his Agent Carter days, there has been rampant speculation about where Sousa fits into the larger timeline of the Marvel Cinematic Universe -- and whether or not he has any connection to the cop character that Gjokaj played in the Battle of New York scene in 2012's The Avengers.

"It's funny, the original idea way back -- this was before I booked Agent Carter -- was maybe getting me to come on to S.H.I.E.L.D. as that [cop] character," the actor revealed. "And then for whatever reason it didn't happen. And then I got Agent Carter and then we said, oh, well, it can't happen now."

"There's been this thing of trying to explain how maybe it's the same person, or it's the grandson," he said of the fan speculation, joking, "I don't know. Honestly, it's way out of my depth. I just kind of let other people decide the storyline and I just show up and say the words."

Regardless of where Sousa ends up -- whether that's 1973, 2012, or somewhere else entirely -- Gjokaj said getting to revisit the character for a few episodes of S.H.I.E.L.D.'s final season has been "a gift."

"It's been an absolute and unexpected surprise and a gift for me," he marveled. "You so rarely get to play these characters again, and I didn't see it coming."

"I've been so lucky as an actor," he added. "I did the show Dollhouse with Joss [Whedon], and then met Jed [Whedon] and Maurissa [Tancharoen, S.H.I.E.L.D. co-creators] there, and then Agent Carter. The shows that I've been on have been just gifts, stuff that you would normally never get to do on a network television show -- playing different characters in the same body, or doing stuff in the '50s with Peggy Carter. And then now with time travel, I've really been blessed. I'm so lucky to have been able to be part of so many fun, fun television shows."

'Agents of SHIELD' Stars on the Team's Final Season Struggles 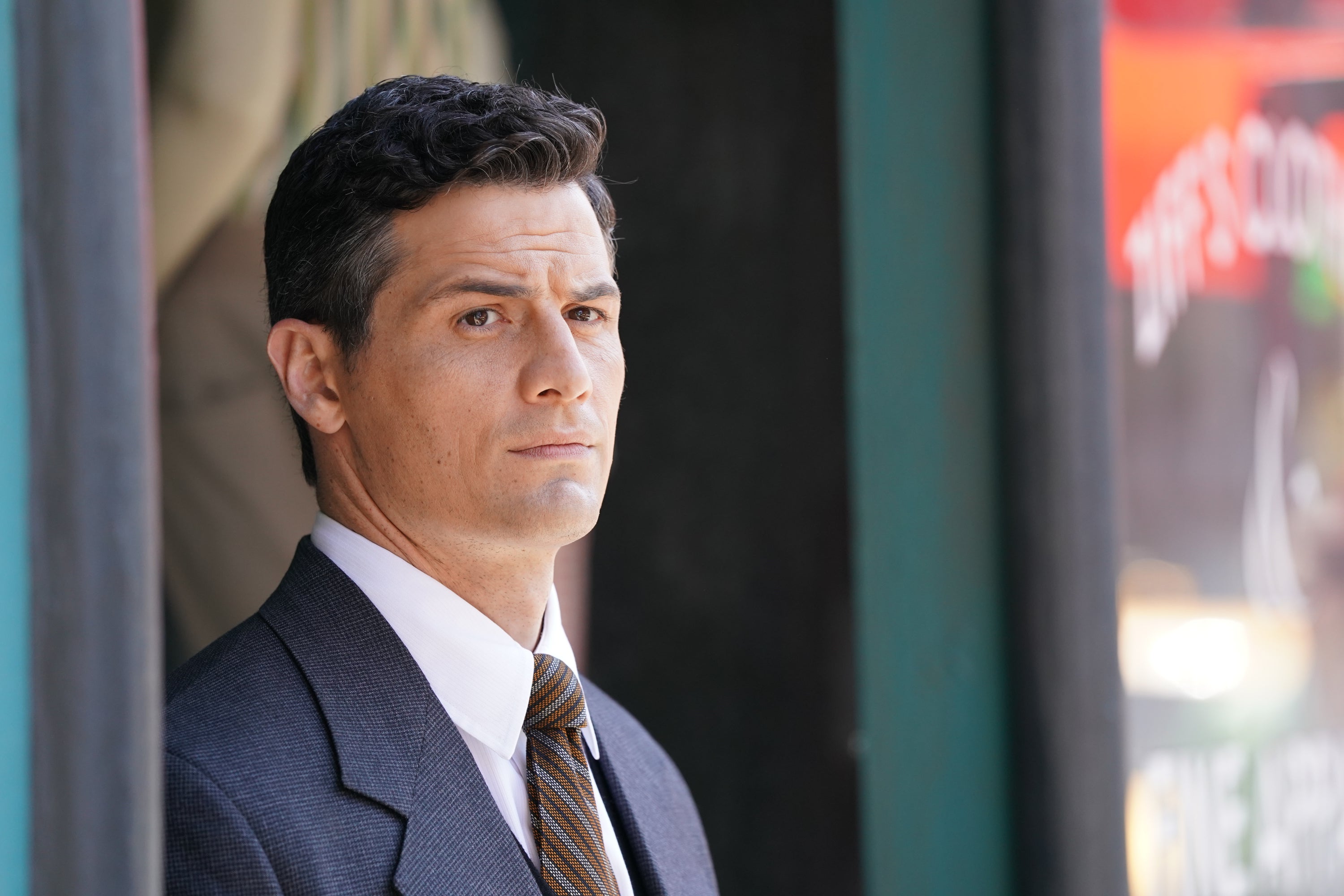