Bow Wow knows that some of the hardest work begins on the inside. The 33-year-old rapper has been using his platform to speak out about Black Lives Matter and encourage his fans to safely protest in support of racial justice and equality. Five years ago, that wasn't the case.

"This is the first time I've been affected by anything that's happened in our nation," Bow tells ET in a candid interview promoting Thursday's special episode of Growing Up Hip Hop: Atlanta, "Bow in the Q." "It made me want to get out and get involved."

George Floyd's tragic death on May 25 sparked protests across the United States and around the world, with people of all races standing up for the Black community, many taking a stand for the first time in their lives. Bow was one of those people.

In 2016, he made headlines for a series of a tweets in which he implied he couldn't relate to civil rights matters because of his mixed race. He said he only believed "what the eyes see."

Now, Bow says those comments were "misconstrued." But he still puts an emphasis on living on the present -- noting that it has certainly changed for him and many others.

"By me looking out the window and seeing all races, all colors, protesting, marching for the cause, I felt like, 'Yo, I gotta get down there and walk with them.' That's what I did. It's right in front of me... something has affected me here in our country," he says. "I got a 9-year-old daughter that I'm raising during this crazy time, asking Dad questions, and I'm making sure I got the answers. You get the answers by getting out there, getting active, watching the news."

"For me, that's been the biggest change," he adds.

Fight for what you believe in!!! ✊🏽 #weoutside #BLM 🏴 #weneedtheyouth #Protesting

Bow, real name Shad Moss, has been in the spotlight since he was a kid, putting out albums and starring in movies. Because of that success, the performer doesn't feel he's been challenged in the industry due to his race. "[Racism] definitely lives in our business, but I haven’t been a victim of it," he shares. Bow has been clued in to important issues and placed an emphasis on voting since he turned 18 -- he just wasn't interested in using his platform to speak out about those issues.

Part of that came from his reliance on "other celebrities" to speak up. Another part of it was a fear of not saying the right thing, or that his words would be twisted against him. "I'm not a politician, I understand I have a platform, but a couple years ago I said, 'Listen, I'm just going to stay away. I'm going to vote, and if I vote then I did my part,'" he says.

"I was younger, self-centered and didn't know all the facts," Bow admits. "I'm 33 years old now. It's time to change."

The reality star and producer says he had to understand his "importance." "As you get older and you're a father and your child comes to you for information... how can you give out information if you don’t know? For me, it was understanding what was going on," he explains. "I'm at a different place in my life, and when this whole thing happened with George Floyd, it just hit differently."

Bow's daughter, Shai, knows exactly "what's going on right now," he says. He tells a story about finding his daughter in tears two years ago, after police pulled over the car she was riding in. "My little girl thinks police are bad," he confesses. "I don't know at the time if she saw a movie or where it came from, but she's definitely aware. She's watching movies, she's digging up on her history. She just played Harriet Tubman in her school play right before the pandemic... so she's very aware what's going on with Black Lives Matter and what it means."

"As a father, I couldn't be more proud," Bow gushes.

@fashionnovamen #girldad I LOVE YOU SHAI

The Masked Singer alum is hopeful that the awareness Americans have now won't go away and that real progress will take place. "I think we've reached a point for our country where people are just tired of it," he says. "We watch so many senseless killings happen year after year after year. All Americans have taken action now... and we need each other to make this thing move forward."

"People have the power. I can go on tour, but if no one comes, then it's not successful," Bow shares as an example. He wants people to claim that power and use it to vote and "let their voice be heard."

"There's a lot of work that needs to be done, but I believe we're going about things the right way," he says, as the officers involved in Floyd's death face justice, and strides to reform police departments have been made across the U.S. "We have to be happy, it's bigger than anything else. It's the cause that matters, it's the people that matter. And we just have to act accordingly."

Bow notes that "it's never too late" to start getting involved and fighting for what's right. "It is a critical time. I'm involved," he declares. "The people got me in the past, let's X that out. I'm with you guys, and I'm marching."

"I know right from wrong. I'm protesting and I'm out here with you guys," Bow adds. "I felt like it was my duty this time. Something struck me. Something hit different that made me get off my behind and get on my Instagram and let the word be heard. I do care and I will always care."

Growing Up Hip Hop Atlanta, "Bow in the Q" airs Thursday on WE tv.

Shay Mitchell Opens Up About Raising a Biracial Child (Exclusive) 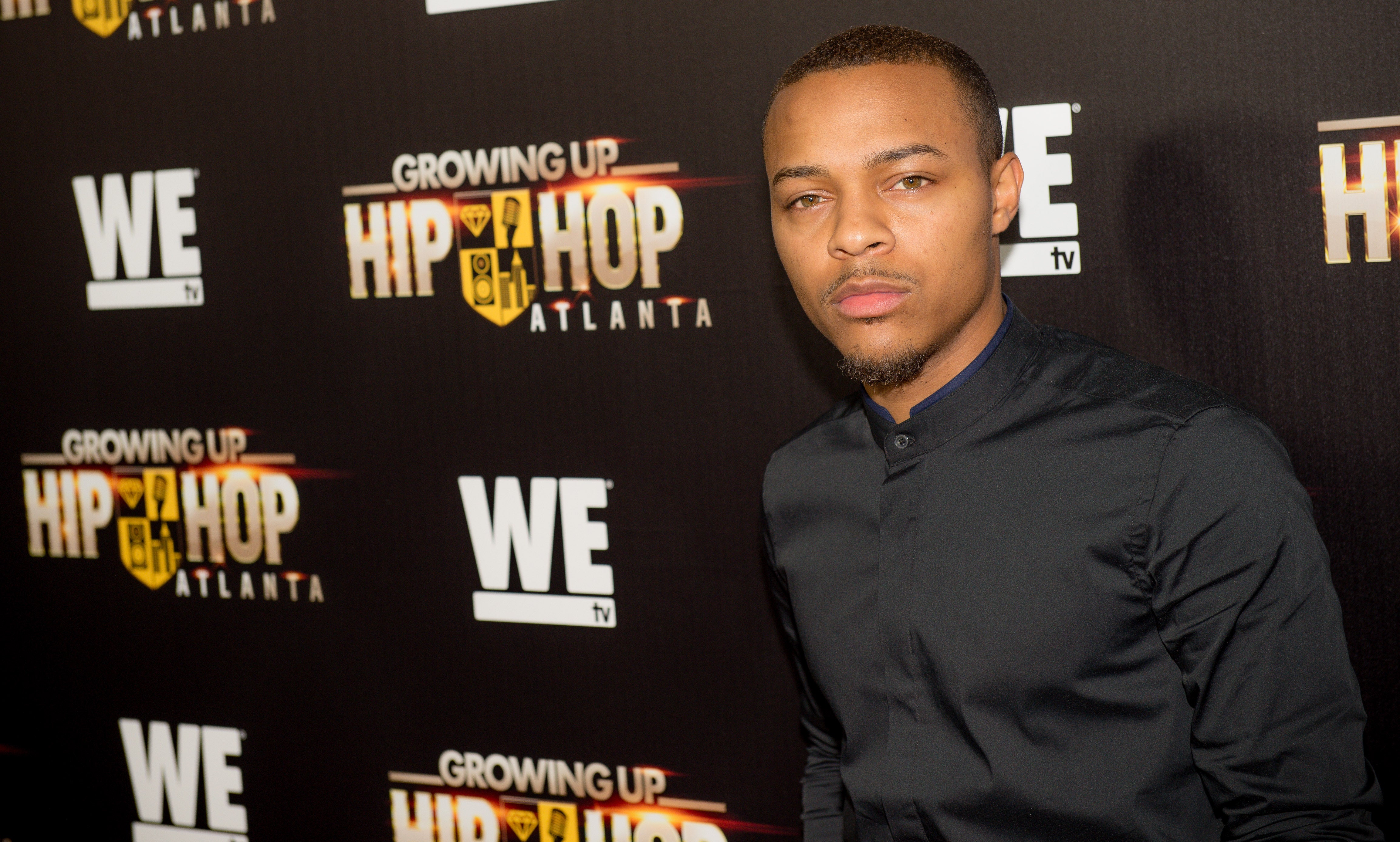