Medina ISD police chief urges others not to gamble with their health after suffering heart attack, dying for 15 minutes

‘I’m not putting my gun down’: Man killed in police shootout after shooting child’s mother’s friend at East Side apartment, chief says

Hill Country power outages pass two weeks, some could be out into a third

Making Athlete A wasn't easy, but the positive reception to the Netflix documentary has made it worth it for Jennifer Sey. The former gymnast served as a producer on the documentary, which follows a team of investigative journalists from The Indianapolis Star as they broke the story of doctor Larry Nassar assaulting young female gymnasts.

More than 250 women and girls have accused Nassar of sexual misconduct. In January 2018, the former Team USA Gymnastics and Michigan State University doctor was sentenced to 40 to 175 years in prison for sexually assaulting athletes under his care. The following month, he was sentenced to an additional 40 to 125 years in prison after pleading guilty to an additional three counts of sexual assault.

Sey wasn't one of Nassar's victims, but in 2008, she published an exposé about her career as a gymnast, titled Chalked Up: Inside Elite Gymnastics' Merciless Coaching, Overzealous Parents, Eating Disorders, and Elusive Olympic Dreams. She remembers being "berated, belittled and threatened" over her claims at the time, and she tells ET's Deidre Behar that coming forward then allowed her to gain the trust of athletes ready to tell their stories about Nassar.

"I sort of became that go-to person," she says. "I got to know, in 2016, the lawyer who was representing these athletes. And so I got to know many of his clients. I got to know them and they trusted me."

Sey felt that these women's stories needed to be told on a broader scale, so she pitched the idea for Athlete A to directors Bonni Cohen and Jon Shenk. "I sort of pitched the idea not as a Nassar tell-all, but as [a film] that uses Nassar to access the broader culture of abuse," she recalls. "They wanted to do it, lucky for me."

The mom of three says she didn't mean to become a "whistleblower," but has felt the need to expose the alleged culture of abuse in gymnastics.

She says of her own experience in elite gymnastics, "We were berated, belittled. We were weighed several times a day and we were told to lose weight by any means necessary, and we had one or two or three percent body fat. We were teenagers, we should have been menstruating. We weren't. ... We were told we were lazy. We were forced to train on broken bones. I trained on a broken ankle for two years, and I feel the repercussions of that today."

Sey empathized with the Nassar survivors, whose world is "already upside down" by the tough coaching they endured to perform in elite gymnastics. "You already think that everything is your fault, and if you're perceiving this to be problematic or if you're perceiving this to be a sexual assault, you must be wrong," Sey says of victims' mindsets. "'Not him, he's a great doctor. You must be wrong because you are fat, lazy, and pathetic'. That is the problem with this kind of cruelty in coaching, is it infiltrates your thinking and you come to accept abuse in any variety."

Sey thus suggests the entire USA Gymnastics organization be reimagined, and refocused "as a child-rearing endeavor ... not one that is out first and foremost for endorsement dollars, medals."

"USAG is a governing body for the entire sport. It's not just the USA national team, it's all the thousands of little girls across America that walk into a gym and do gymnastics that never will even compete... It's responsible for ensuring that the practices and those gyms protect those children," she notes.

Sey approached making Athlete A with extreme sensitivity, given what these victims had already gone through. "We were very careful not to make it this sort of lewd tale. I think we wanted to just handle the subject of abuse very carefully," she tells ET. Nothing was really "off limits," but the producers decided not to include footage of Nassar treating young athletes, deciding it was "not necessary."

"Rachael Denhollander, who is one of the featured survivors... feels it's very important to tell the details of the story, so people really understand," Sey describes. The author turned producer credits another athlete, Maggie Nichols, for telling the important story of alleged backlash after reporting abuse.

Nichols was "basically punished and kept off the Olympic team for reporting... she placed [in competition] in a manner that should have put her on the team at least as an alternate, and she was dropped to even be on the team, to paint that picture very clearly. That is something that hasn't been discussed or written about," Sey says. "She paid a very heavy price for speaking up."

Athlete A also analyzes the iconic Kerri Strug vault, in which the then-18-year-old performed at the 1996 Summer Olympics despite having injured her ankle.

"We really don't think there's anything more important than winning," Sey says of the American public. "Kerri, as amazing as she is -- and she's so amazing -- would still defend the moment, and that's fine. But it could also have gone very differently. People fail to think about this."

Sey has checked in with some of the subjects of Athlete A since the film's release on June 24, and is heartened by viewers' support for the women -- including the petition to get Nichols on the front of a Wheaties box. It's important to her that these women are viewed as "role models for young girls, that they should speak up and do the right thing and stand up for themselves."

"I hope this film furthers the conversation. I hope it creates a conversation about parents. I hope parents interrogate coaches about their philosophy and require something different that puts children first. I hope parents prepare their children to speak up for themselves," Sey shares. "I am in contact with coaches who read my book who said, 'I think differently now, the practices I deploy.' We have to give people the opportunity to change, and so I hope it furthers the conversation."

Athlete A is now available to stream on Netflix. 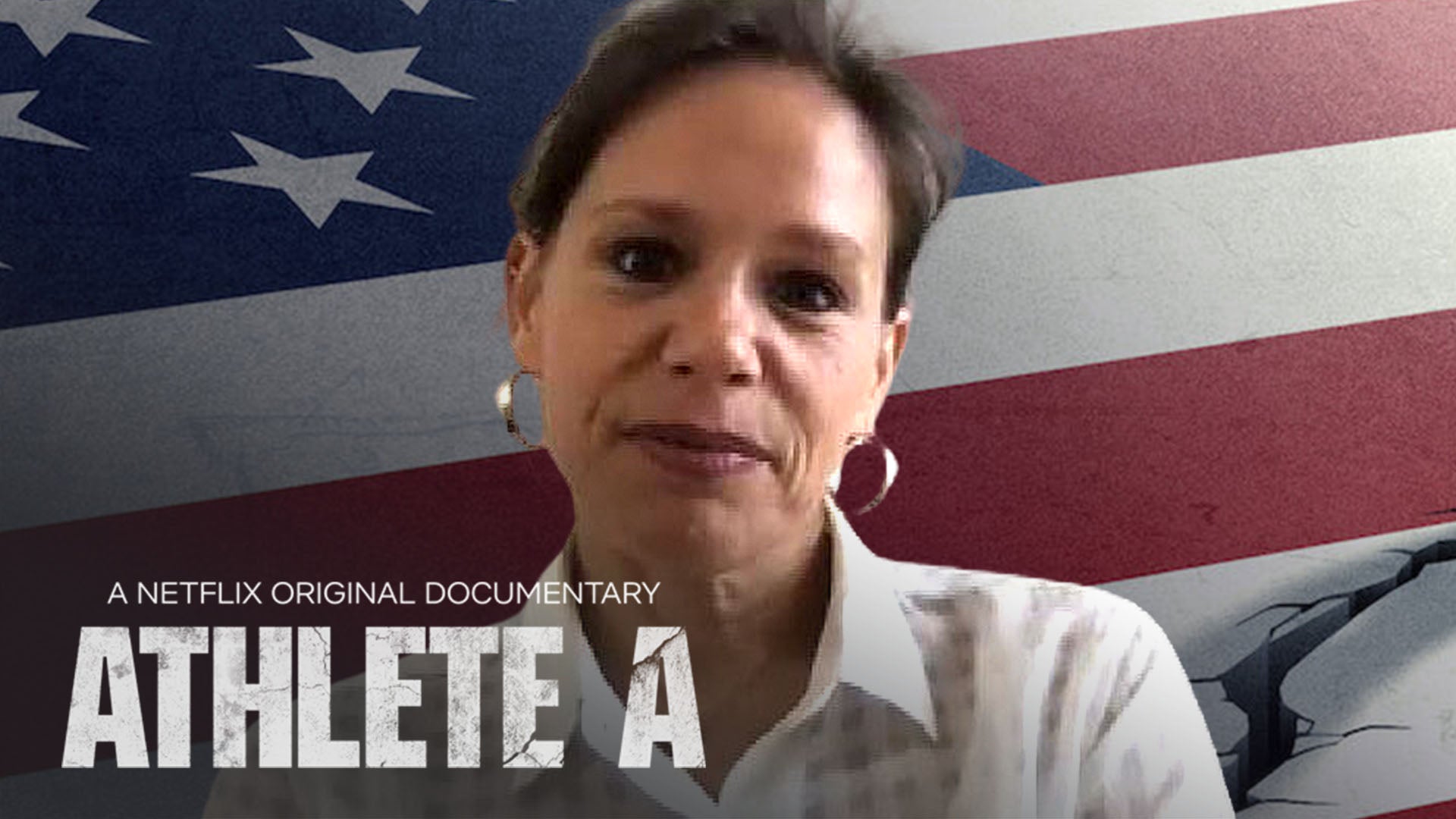