Locke & Key is just as magical as we had hoped it would be!

Season one of the comic adaptation is now streaming on Netflix (trust us when we say it’s insanely binge-able) and the finale gave us a ton of cliffhangers to worry about.

For one, Gabe is Dodge. Or is Dodge, well, Lucas and then Gabe? We know, we know. It’s very complicated, but the cast has a whole lot to say about that surprising twist and what it could mean for a possible season two, which YES, they are currently writing.

“I think it opens a couple of storylines for season two if we get one. I have everything crossed that we do,” says Emilia Jones, who plays Kinsey. “It's exciting, yeah, finishing on that note. I think it's exciting for Kinsey.”

Of course, Kinsey and Gabe shared a kiss in the finale, which makes things even more twisty and raises a question about how she'll feel when she finds out Gabe is Dodge.

“Kinsey will be mind-blown,” Jones says before predicting she’ll be the first Locke sibling to crack the case. “I think Kinsey will slowly figure it out because she's very quick… I hang out with [Gabe] the most!”

Connor Jessup, who plays Tyler, agreed but also joked that his character could feel a little happy upon finding out Gabe’s identity.

“I feel like Kinsey has more at stake than Tyler does," he says. "I think any older brother is always a little validated when the new boyfriend turns out to be bad.”

Regardless, the cast loved that big twist.

“What I like about it is that it really preys on the weakness of the family members,” Darby Stanchfield, who plays mama Locke, explains to ET. “Evil in its smartest form is disguised and hidden and so if this Dodge character turned into Gabe which has won Kinsey's affection… first Dodge preyed on, you know, Bode.”

Jessup agreed, noting the reveal sets things up for an even darker season two.

“In season one, the evil is very much coming from without, we're almost being, like, invaded, we're being attacked by this unknown force," Jessup says. "Going forward, it's going to be coming from within.”

Laysla De Oliveira, who plays Dodge/Echo had a few thoughts of her own. One being that Dodge has zero “redeeming qualities” -- so don't hold your breath for a 180 in any form going forward.

“I think the great thing about Dodge is that she is bad, unapologetically, and no hug is gonna make her a great person," De Oliveira says. "She's almost like a kid in a sense. it's like she wants what she wants and she'll manipulate...”

The next twist? Eden of all people might be a demon after she got hit with a glowing bullet while putting Dodge (er, who they thought was Dodge) through the Omega door in the sea caves.

“It's like the army is growing bigger, that's how it feels,” Stanchfield explains. “Really, honestly, it kind of reminds me of Stranger Things, like when that thing multiplied -- that's the first thing I thought of, you know, now there's two [demons]!”

Jessup echoed that sentiment at the press junket for the series, saying, “In this season, you know Dodge, it's the demon Dodge, but there's a whole world of demons out there and she's just one of many and what will new ones be like… do they want the same thing?”

At the Locke & Key premiere, Jessup expanded on his thought.

De Oliveira also hinted that Eden’s foray into Demon-land means Dodge’s army gets “bigger,” teasing, “I hope [Dodge]  gets all the power!”

And finally. POOR ELLIE!  Turns out the kids tossed her, not Dodge, through that Omega door. Ah, those keys are so tricky!

“All I know is that I just keep envisioning and putting out into the world to manifest that there's a two-way lock to that door, so that she can just kind of make her way back in at some point,” says Sherri Saum, who plays Ellie. “It's nice that I didn't, you know, violently, blatantly die… no pulse in a bag, right? So there's always so much magic that could possibly happen.”

As for Ellie’s son, Rufus? Coby Bird, who plays him, seems to think he knows something has gone awry for his mom... so here's hoping he can help bring her back.

“He definitely saw something was up and from the get-go, he knew something happened to his mom," Bird says.

Stanchfield doesn’t have as much hope when it comes to Ellie’s fate though.

“That's a good question, yeah, but nothing good has come out of there," she notes. "I mean, first of all, none of these characters are gonna want to open that door for any reason.”

While we marinate on all that, the cast does have a few ideas for season two.

“I would like to see Bode confronting the Omega key door and just looking through that keyhole and maybe seeing something that he might have never seen," says Jackson Robert Scott aka Bode, before telling ET he also wants some more comedy out of his adorable wide-eyed character.

For Stanchfield, she's hoping she gets to experience magic again -- sans alcohol. As fans know, in the world of Locke & Key, the magic goes away once you grow up... unless you are under the influence.

“Yes, if the kids are able to find a way to allow them to see the magic, can it work with the adults? And if so, can I have the key?!” she says.

And on that note, Jessup, whose character is on the verge of hitting 18, is worried his ability to see and experience magic might vanish. Ugh. Adulthood.

“One of the rules of this universe is that when you turn 18 and you become an adult, you start to forget the magic and Tyler is 17 in season one, so I would hope that if we were to keep going that we would start to explore that,” Jessup says.

One more wish he has? The use of the giant key from the comics.

“I love the giant key from the comics that turns you into 40 feet tall,” he shares. “In the comics, it's Tyler who turns into a giant and picks his brother and sister in his hand… I just want to be in a green screen room being like, ‘Hi, Kinsey,’ with, like, a little tiny tennis ball.”

For more on Locke & Key, check out the videos above and below.

Netflix's 'Cheer': Lexi Brumback, Jerry Harris and Gabi Butler on What They're Up to Now (Exclusive) 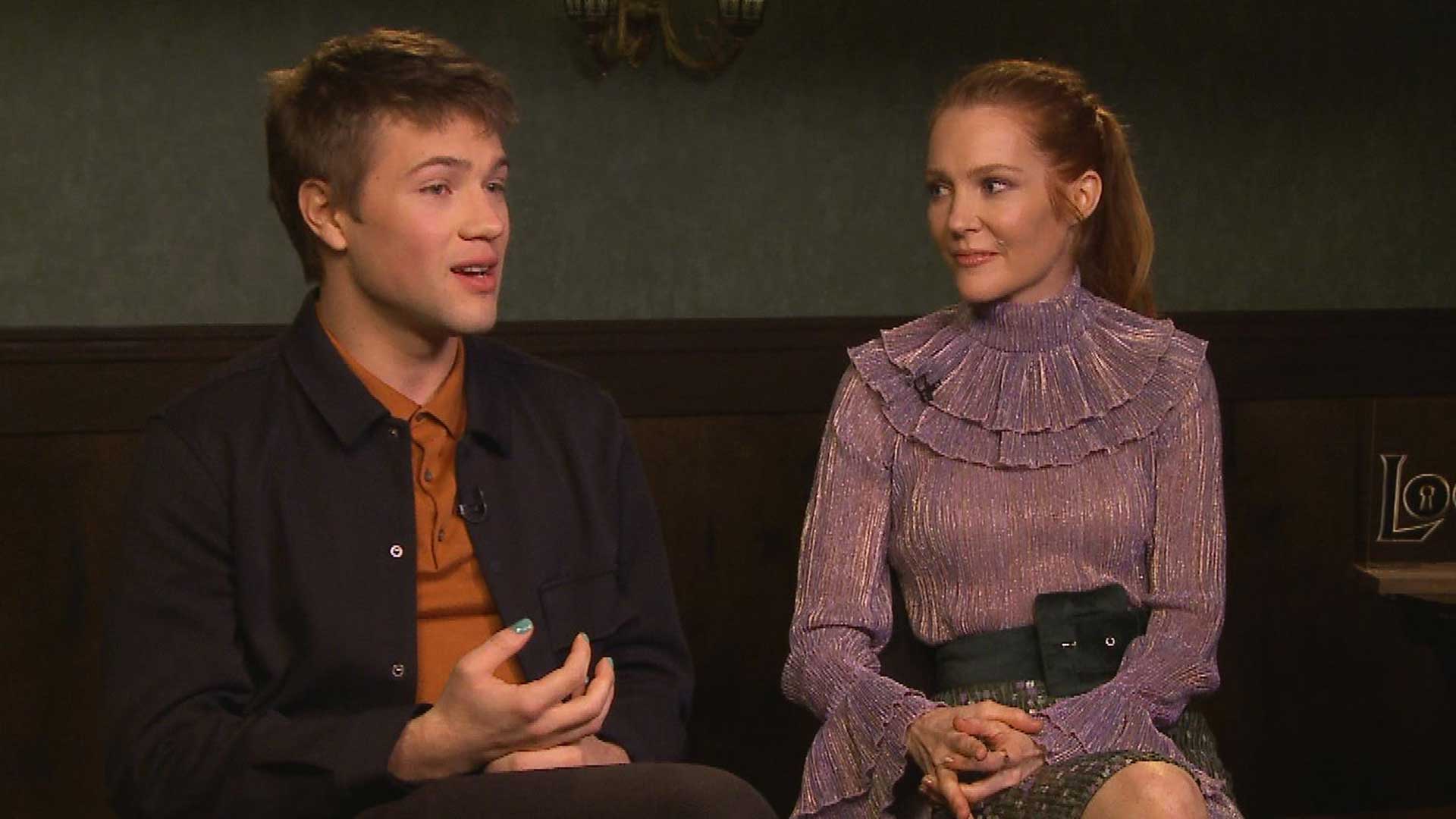