5 advisories in effect for 7 counties in the area

‘Love radiates in this place’: Customer leaves behind heartfelt note after dining at San Antonio cafe

Sharon Stone is on the market and back on the apps! The 61-year-old Basic Instinct star spoke with ET's Lauren Zima at the Elton John AIDS Foundation Academy Awards viewing party on Sunday about the recent snafu involving her Bumble account getting blocked.

"It's open now. I'm open for business!" she told ET of being unblocked and getting back into the dating world.

Stone thinks that after turning down several men, they might have been responsible for getting her account blocked.

"I think that I said no to a couple of people that thought that it would be a nice way to be not-so-kind back," she explained. "I think some people don't like to hear, 'No, no I don't want to go out with you.'"

But Stone confirmed her account is back up and that she is dating through the app.

So, what is the iconic actress looking for in a partner?

"I'm looking for someone who wants to have a caring and compassionate and loving relationship like anybody else," she said.

But romantic relationships aren't the only ones that are important to Stone. She also opened up about what celebrities she knows she can go to for advice.

"I certainly can go to Sarah Paulson. She's a very dear and lovely friend of mine. So is Holland Taylor," she said of the American Horror Story actress and her girlfriend. "I can go to Iliza Shlesinger for sure. Elton [John] and David [Furnish], for sure."

For more Oscars after-party fun, watch the clip below:

Sharon Stone Asks Bumble to Unblock Her Account: ‘Don’t Shut Me Out of the Hive’ 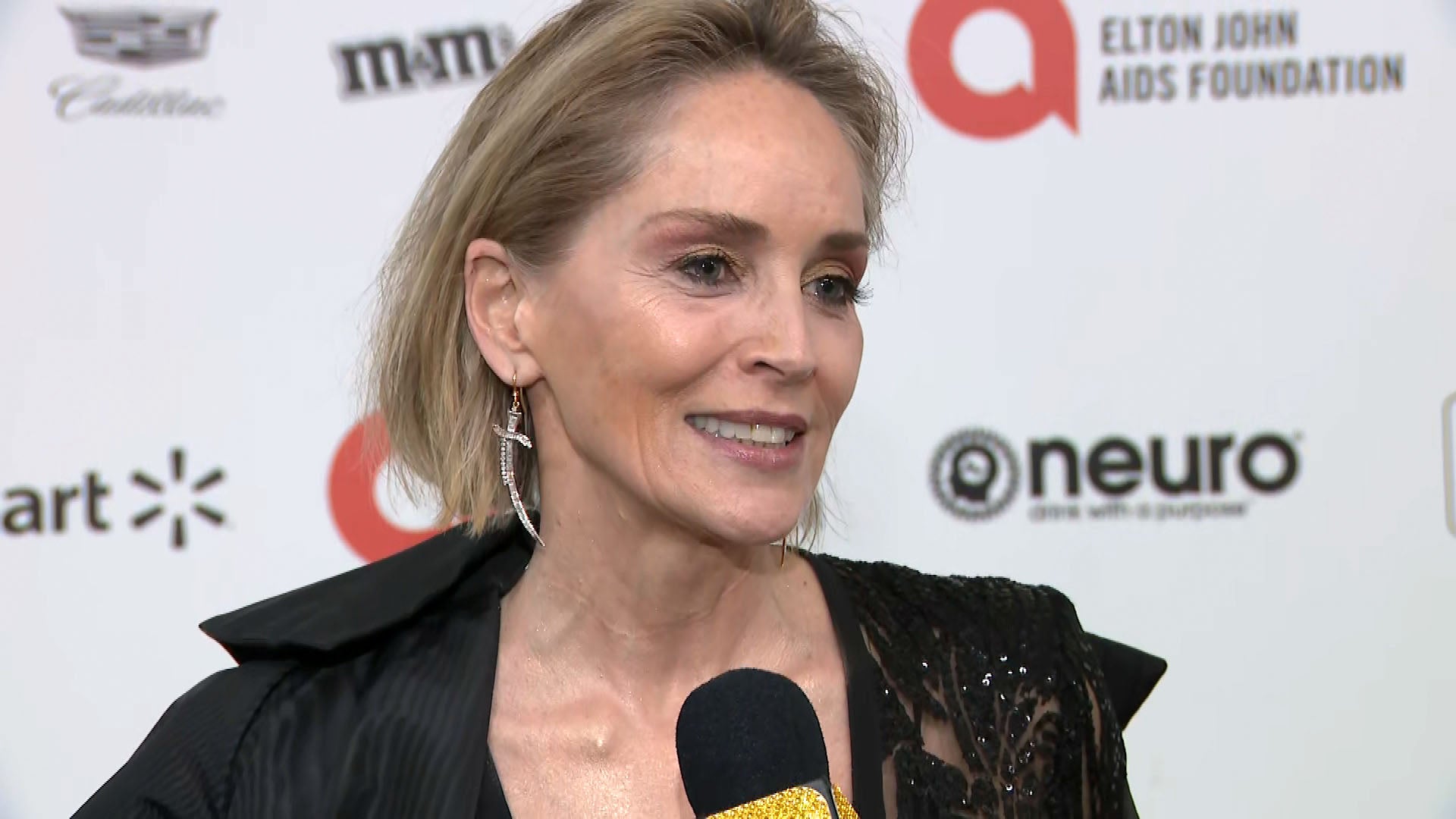