Announcement on Fiesta plans, medals expected by the Fiesta Commission next week

'To All the Boys 2': Jordan Fisher on How He Feels John Ambrose's Story Wrapped Up (Exclusive)

Jordan Fisher wanted more for John Ambrose McClaren. To All the Boys: P.S. I Still Love You, the highly anticipated follow-up to 2018's To All the Boys I've Loved Before that dropped on Netflix on Wednesday, sees Fisher's John Ambrose, the recipient of Lara Jean's (Lana Condor) first love letter, coming back into her life, just as her relationship with her beau, Peter Kavinsky (Noah Centineo), becomes official.

Fisher tells ET's Katie Krause that "a lot of people would agree" that John Ambrose's ending -- kissing Lara Jean in the snow, only to have her pick Peter over him -- wasn't fair to the lovable newcomer.

"I love John Ambrose," Fisher says of his character. "He's such a sweetheart. He's the perfect guy... [He] did no wrong and had pure intentions the whole time, so how can anybody dislike him? I feel like everybody wants to root for him for that reason."

For Fisher, John Ambrose deserves even more credit because he "found himself in this situation unwillingly" when he received the love letter from Lara Jean out of the blue.

"There's history there. John Ambrose is Laura Jean's first love. It was the first letter that she ever wrote. It was her first really big crush that she didn't know what to do with," he says. "They didn't see each other [because]... going to another school at that age is pretty much like moving across the world... you're disconnected."

"And so for them to find themselves back in the same place coincidentally -- especially where timing is concerned, because it's all about timing -- that's what this film is all about," Fisher adds of the fact that John Ambrose and Lara Jean happen to volunteer together during the second film. "It's a lesson [that] timing is not always in our control and that's OK."

Despite all of his love for his character, Fisher actually considers himself a member of Team Peter.

"As somebody who's not 17, who's a little bit older and about to get married, John Ambrose is the marrying type," Fisher says, alluding to his real-life engagement to Ellie Woods. "He's the guy that you're like, 'All right, thanks.' John Ambrose is daddy... I think that he's secure in that."

"He's not a homewrecker. He didn't know about the relationship. He didn't know what was going on," he adds of Lara Jean's relationship with Peter. "[He] found himself in this weird position, and then kind of had his wildest dreams come true at the end of the film. And that's where everyone's heart breaks. He didn't deserve that."

After the way that John Ambrose's story wrapped up in the movie, many fans are hoping that Fisher will return for the third installment to get his character a better ending. Though the final addition to the trilogy has already been filmed, Fisher played coy about his potential involvement.

"I can not confirm or deny," Fisher says of returning to the role. "But it has happened, so we'll have to see."

To All the Boys: P.S. I Still Love You is streaming now on Netflix.

'To All the Boys: P.S. I Still Love You': Everything You Need to Know Before Watching the Sequel

'To All the Boys 2': Lana Condor and Noah Centineo Say the 'Stakes Are Higher' in the Sequel (Exclusive) 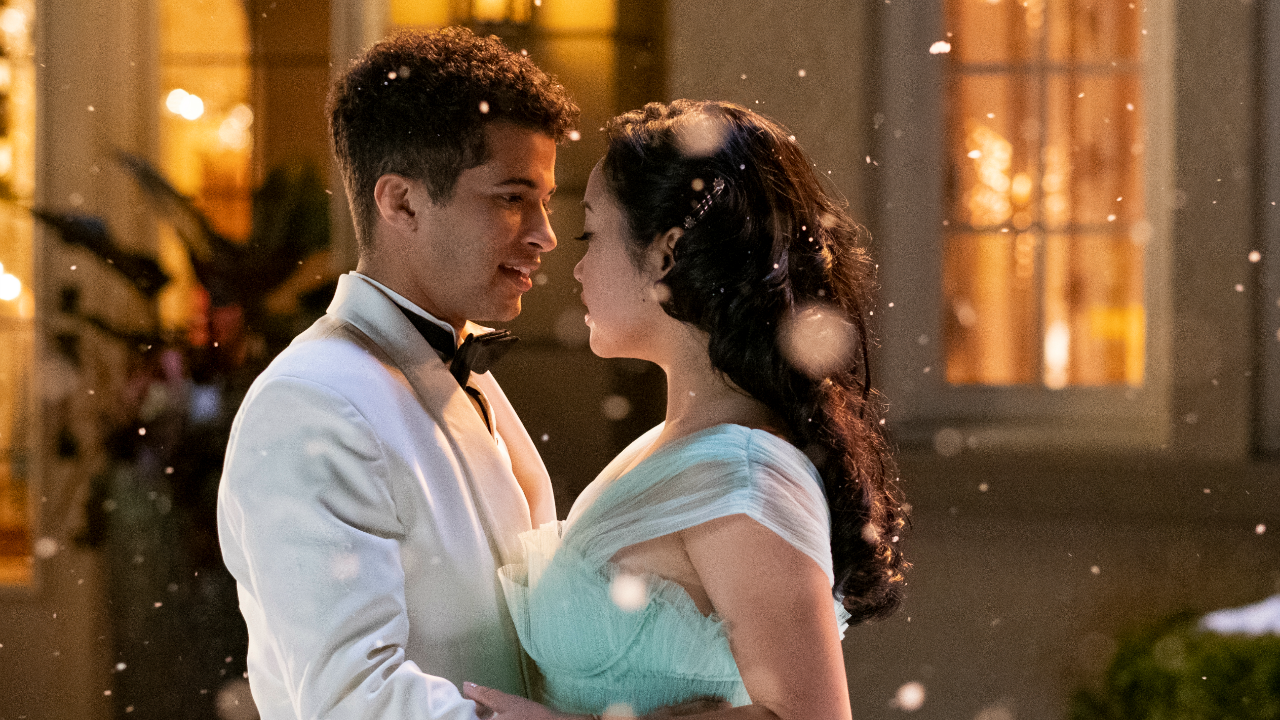