1 man killed, 1 wounded in shooting under South Side highway

Driver not injured after falling asleep at wheel, rolling vehicle over, police say

Love Is Blind is moving its couples to the real world! The Netflix dating series' five remaining couples got engaged without ever seeing each other, only having had blind dates in pods. Once they accepted a proposal, they were whisked off to Mexico for a romantic getaway. In future episodes, though, it's back to the real world, where they'll move in together, meet each other's families and plan their weddings.

The show is set to drop the next four episodes on Thursday, and ET has an exclusive peek at how one of the remaining couples is faring after moving in together. In the clip, Lauren and Cameron are sharing a meal when Lauren realizes she's chewing loudly, thus bringing up the topic of pet peeves.

"It's funny because, one of my pet peeves is when I can hear people chew," she remarks, before Cameron inquires about the other things that annoy his fiancee.

"I'm a clean person, so I don't like clutter. And I feel like if you use a dish, just, like, wash it," she says. "Put the toilet seat down, please. Because if I fall in the toilet I will not speak to you."

"Even though I love you, don't use my toothbrush. Some people do that," she adds. "Do you do that?"

While Cameron admits to previously sharing a toothbrush and says it "wouldn't bother" him if Lauren used his, he assures his fiancee that he will not do so.

In a confessional, Lauren reacts to Cameron's toothbrush reveal.

"As a married woman, I am willing to share a lot of things with my husband. We can share food, we can share a bed, we can share a pillow. But I'll be damned if we are sharing a toothbrush, Cameron," she says. "That is nasty! That is nasty. Nasty! No! I just can't believe he even said that. Unbelievable. No way."

Episodes six through nine of Love Is Blind will be available on Netflix Feb. 20. The two-hour finale will debut on Feb. 27.

Watch the video below to learn more about another Netflix reality hit.

'Love Is Blind': Couples Get Engaged Before Seeing Each Other on Netflix's New Dating Show 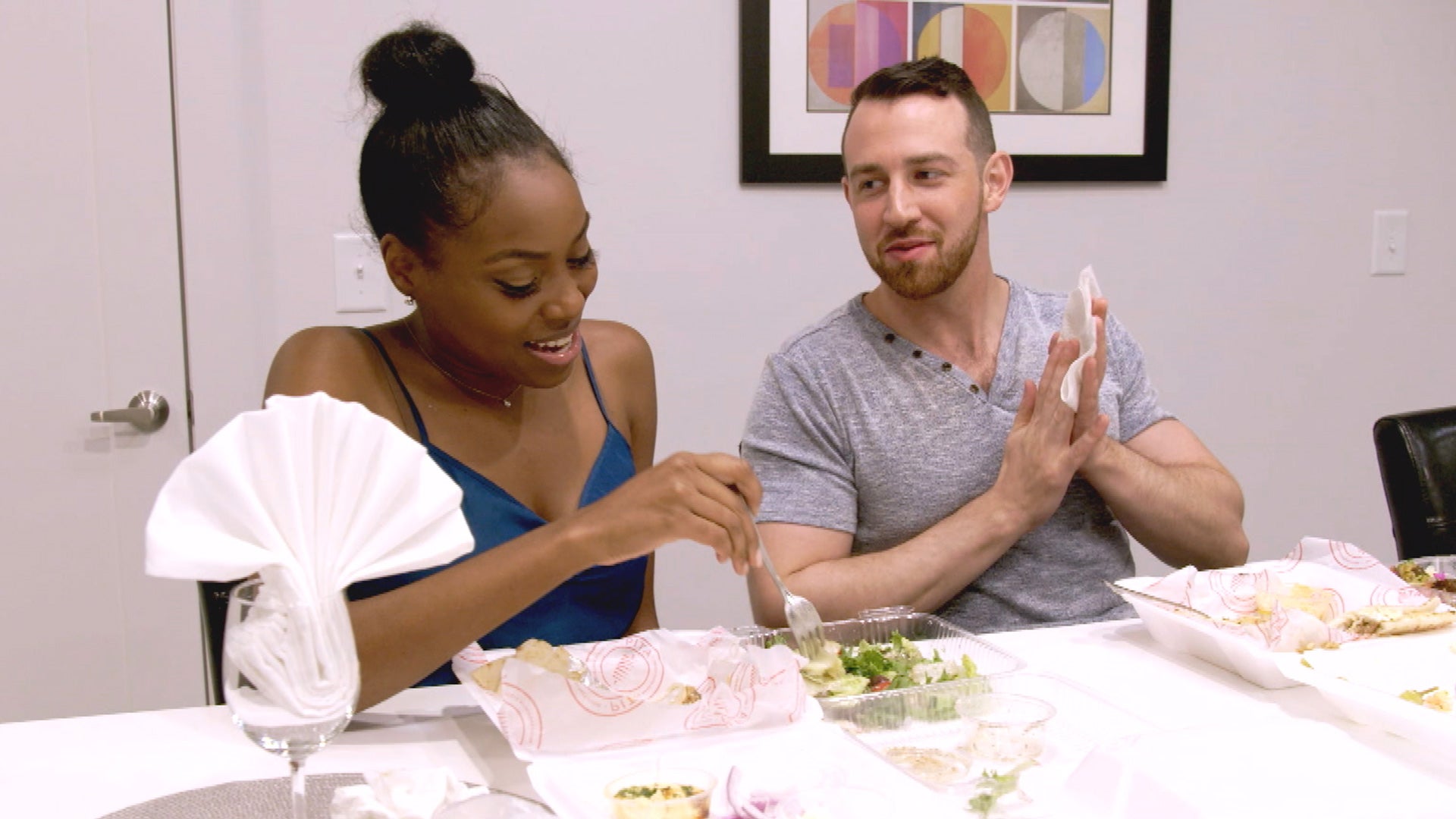