John Cena got the final say over some of the content in Nikki and Brie Bella's upcoming memoir, Incomparable. ET's Lauren Zima spoke to the 36-year-old twins via Zoom on Tuesday, and Nikki revealed that John, her ex-fiancé, got to edit his chapter in the book. Nikki and John were first linked in 2012, before calling off their engagement in 2018.

"Because of contracts I signed, he had editing rights," Nikki said. "So he's read his chapter. He edited it. Anything that I do with him has to go through approval through him."

As for what else fans can expect from the book when it releases on May 5, Nikki teased that there will be stories that she and Brie have "never told before... or showcased on reality TV." Nikki added that, for her, the candidness in the book was possible due to her public breakup with John, which made her realize the importance of being vulnerable with her fans.

"What we've realized from being in the spotlight now for 13 years and being reality stars for seven, is that people like to know they're not alone when they go through certain situations," the Total Bellasstar said. "I think that really opened up in my eyes through my breakup. It was so hard to showcase that and live through it, but I can't tell you how many women and men constantly come up to me like, 'Thank you for showcasing that, because you helped me get through what I went through.'"

It's not just fans who will be surprised by moments in the book, as Nikki revealed that her mother, Kathy Colace, doesn't even know one of the stories that's featured.

"My mom is gonna find out one story when the book comes out, which I'm kind of nervous for," Nikki admitted. "It's a story that, like, no one knows except for my sister. And I had to tell [my fiancé], Artem [Chigvintsev]. John had known. But, like, it was very tragic... So it's tough."

Despite being prepared to share their lives, Nikki said that the process of writing the memoir was "very, very hard."

"When we were writing our book, it was like [a] therapy session. It was very, very hard with our ghostwriter. There were tears. There were times when we had to stop, we needed a week off," she said. "It took us two years... to write the book. 'Cause there was just a lot of struggles. It was bringing up so much."

In addition to their relationships, Nikki revealed that the book also brings up her and Brie's childhood and adolescence.

"It's just a lot [of] hard things we went through as children and growing up. And even about becoming a woman. Certain things, like we go into detail about how we lost our virginity and other stories about that," Nikki shared. "And I think you'll see Brie and I have always hid a part of us, because we were just raised to be survivors and not victims. And we always felt like if we shared our true stories, does that make us a victim?"

"... Our reason [for writing the book] wasn't to be these victims and poor us. It was like, 'Look at what we became. Look at what we overcame,'" she added. "So, I think fans are gonna be shocked by that. To know what we went through."

Brie added that she hopes sharing stories from her and Nikki's time growing up will allow fans to see that life gets better.

"Childhood isn't easy and sometimes as children we hang onto the really bad stuff and sometimes it outplayed the good," Brie said. "We want young women and men to just understand that childhood is difficult. It is just hard to grow into this person that you're trying to figure out. We just want to lead kids on the right path."

"... We just want to show the path led us here to being successful business women, who have had a hell of a career. We talk about [how] our story isn't over. We like [to] think this is the first series," she added. "But we're 36 years old. From being little girls and what we went through to 36, we want people to know that journey and know that you can do it, too."

Total Bellas returns to E! on Thursday, April 2. Incomparable is due out on May 5. 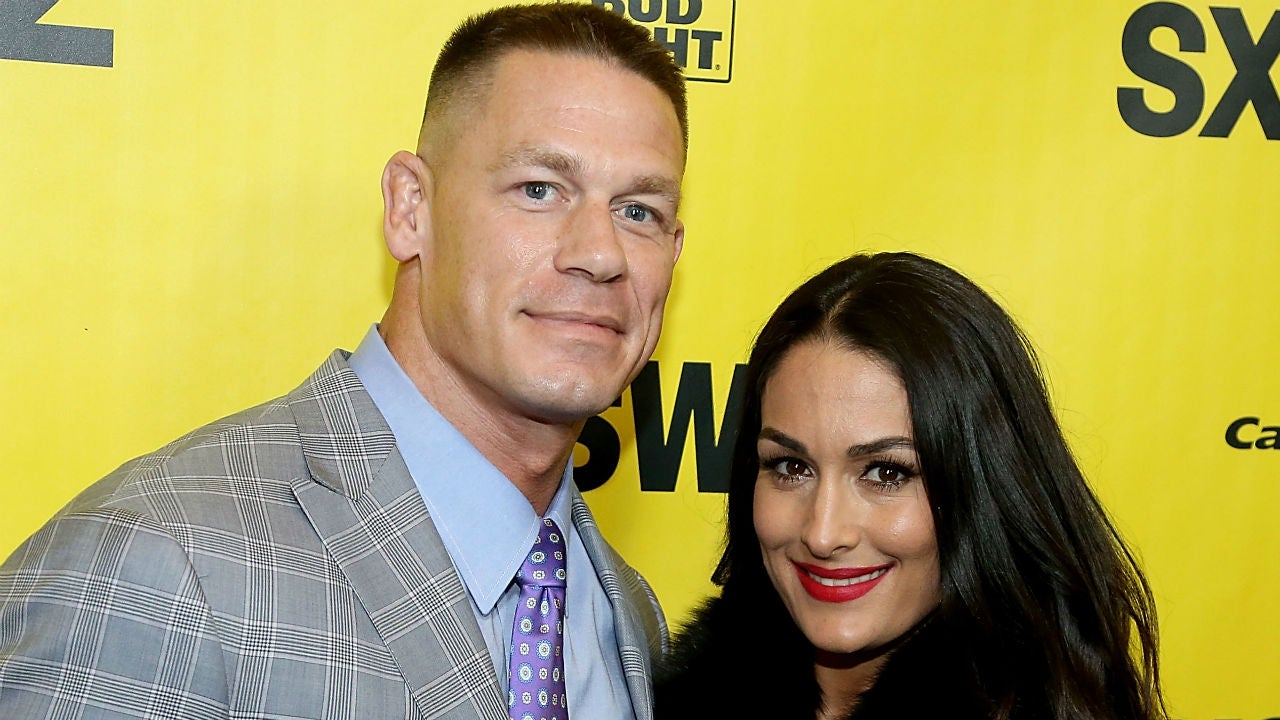