Arrest made after wheelchair-bound man attacked with chain, records show

Man caught with more than $560K worth of fake car parts in Boerne, KCSO says

For any parents around the globe tackling the challenges of home-schooling children during self-isolation -- James Corden feels you!

ET caught up with the Late Late Show With James Corden host via Zoom as he shared how he and his family are coping with the impact of coronavirus and school closures.

“The homeschooling thing is a nightmare. My respect for teachers is through the roof. I mean, look, it's here now,” he said, showing a math textbook. “Honestly, I know nothing in here. I know nothing.”

While he may not excel in math, Corden has been over-achieving in another project -- Monday’s Homefest: James Corden's Late Late Show Special, featuring celebrity friends from around the world performing for viewers.

“We go to Billie Eilish's house in Los Angeles, John Legend, we go to South Korea [and] BTS does a song,” Corden dished. “Dua Lipa does a song. We go to Tuscany, Italy, where Andrea Bocelli sings a song at his piano. It's really quick, beautiful. David Blaine is going to do a magic trick on everybody. Will Ferrell, has a funny public service announcement.”

“The hardest thing is really putting it all together in isolation,” he added, about the biggest challenge of organizing the special, which he hosts from his garage. “Building a set in my garage and we just have three locked-off cameras, so I'm just there on my own. My wife is going to do my makeup, so God help me.”

Corden also joked that he had to clear “America’s largest collection of men’s spanx,” to make space for filming.

See more on Corden below. 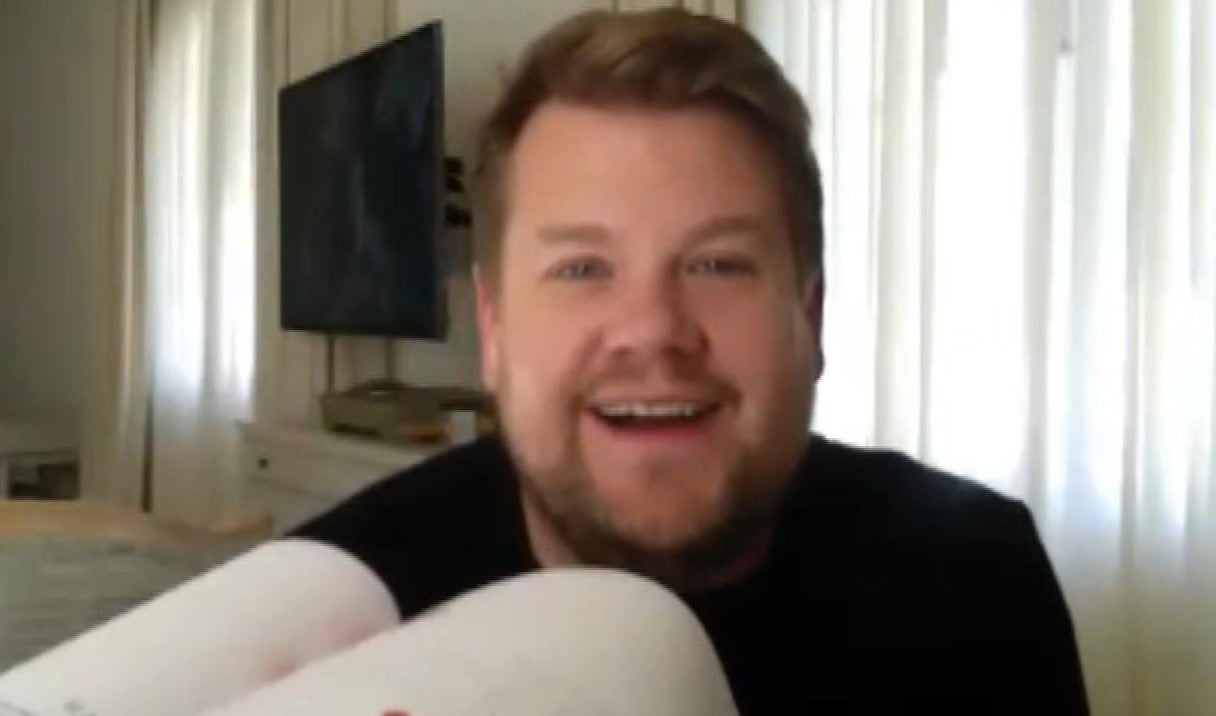