President Joe Biden blasted the U.S. Supreme Court for refusing to block Texas’ six-week abortion ban and slammed the Texas Legislature for passing such a bill, calling the new state law “a bizarre scheme” that “unleashes unconstitutional chaos and empowers self-anointed enforcers to have devastating impacts.”

“This law is so extreme it does not even allow for exceptions in the case of rape or incest,” he said in a written statement Thursday. “And it not only empowers complete strangers to inject themselves into the most private of decisions made by a woman — it actually incentivizes them to do so with the prospect of $10,000 if they win their case.”

Hours later in Austin, House Speaker Nancy Pelosi called the Texas limits “very, very dangerous” and described the U.S. Supreme Court decision not to block them as “stunning” and “an injustice.”

“The Supreme Court making the decision that it did not only disrespected women, it disrespected the Supreme Court and its former decision, the precedent that it had established as Roe v. Wade,” Pelosi said during remarks at an event with Congressman Lloyd Doggett, D-Austin, to push health care initiatives in Biden’s Build Back Better Agenda.

Biden’s statement was a rare presidential rebuke of the judiciary. It’s particularly striking because Biden served as the Senate Judiciary Committee chair in the late 1980s and early 1990s, a role in which he embraced deference to the court — to the frustration of liberals.

“For the [Supreme Court] majority to do this without a hearing, without the benefit of an opinion from a court below, and without due consideration of the issues, insults the rule of law and the rights of all Americans to seek redress from our courts,” he added. “Rather than use its supreme authority to ensure justice could be fairly sought, the highest Court of our land will allow millions of women in Texas in need of critical reproductive care to suffer while courts sift through procedural complexities.”

Biden promised to direct executive branch lawyers “to launch a whole-of-government effort to respond to this decision” and “to ensure that women in Texas have access to safe and legal abortions as protected by Roe [v. Wade], and what legal tools we have to insulate women and providers from the impact of Texas’ bizarre scheme of outsourced enforcement to private parties.”

Vice President Kamala Harris released a statement saying the Supreme Court decision "is not the last word on Roe v. Wade, and we will not stand by and allow our nation to go back to the days of back-alley abortions. We will not abide by cash incentives for virtual vigilantes and intimidation for patients. We will use every lever of our Administration to defend the right to safe and legal abortion — and to strengthen that right. 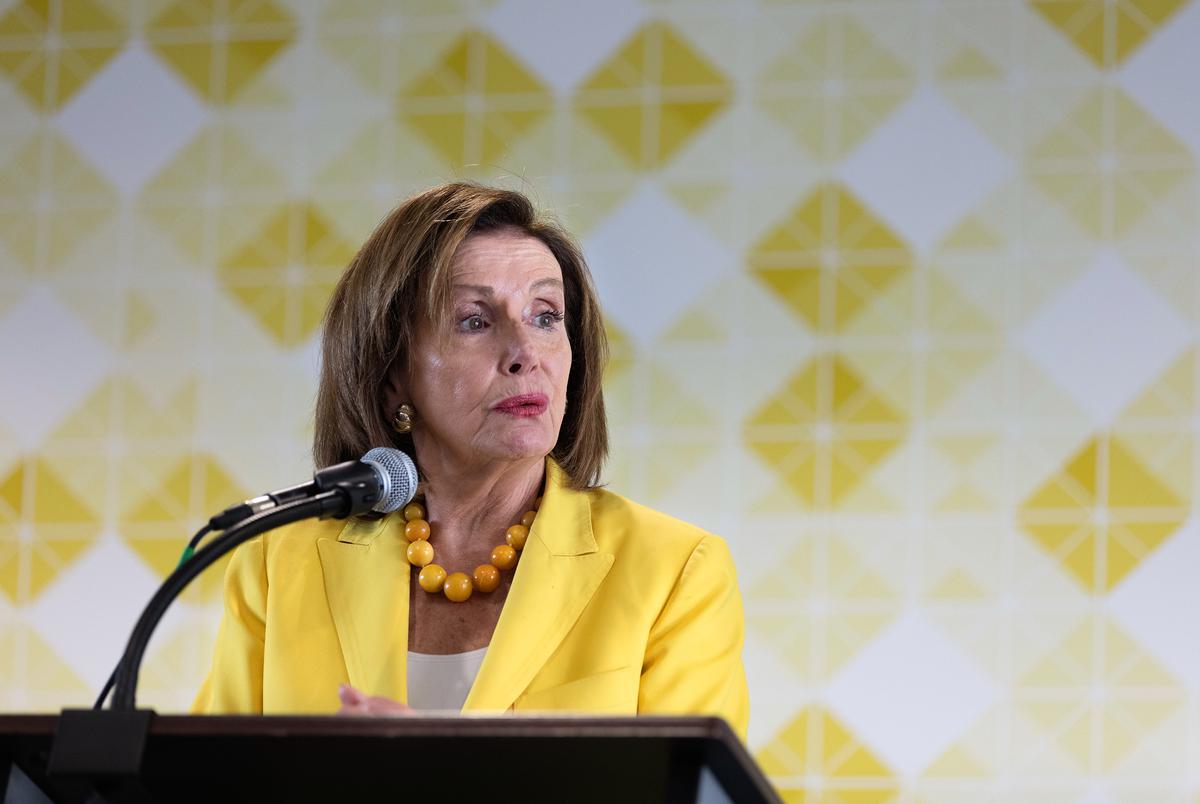 Pelosi also promised congressional action. She said legislation would be introduced on the floor of the U.S. House that would seek to codify Roe v. Wade, putting into law the abortion rights that are currently conferred through that Supreme Court decision.

“We will be putting Roe v. Wade codification on the floor of the House to make sure that women everywhere have access to the reproductive health that they need,” she said. “Many of the women who will be disadvantaged in this are women of color, poor women and the rest. It’s an injustice. … We want women everywhere, in Texas and everywhere, to have the respect they deserve for their decisions about their own reproductive health.”

Pelosi said the legislation would include language that would address the Texas limits, which she said she expects will be mirrored by other conservative states, and "mitigate the damage they are causing." She did not offer any more details on the proposal.