Do you know this man? San Antonio police need your helping tracking down this assault suspect

What’s in the coronavirus vaccine, and how could it possibly affect me once I get it?

Have you seen this woman? San Antonio police need your help finding this East Side robbery suspect

How to throw the ultimate royal wedding watch-party

People around the world celebrated in 2011 when the now-duke and duchess of Cambridge, Prince William and his bride Kate, tied the knot at Westminster Abbey.

About 23 million people tuned in across the United States, according to published reports.

So, what are we doing for the next royal wedding on deck -- that of Prince William’s brother, Prince Harry, as he plans to wed Meghan Markle on May 19?

Throwing a party, of course! We’ve laid out some ideas to get you started. 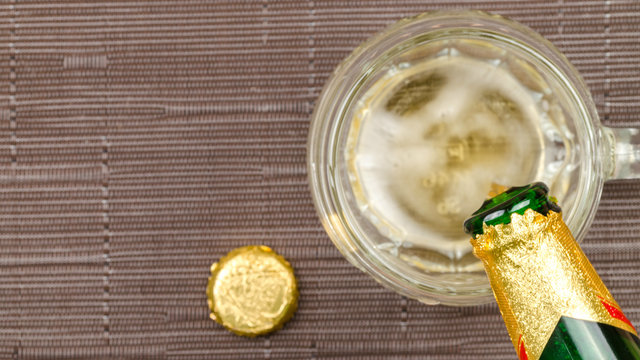 Consider the time difference, mates! It’ll be about 7 a.m. Eastern Time come royal wedding, so brunch food will likely feel the most appropriate when it comes to the menu. As far as ideas on specifics, we’re thinking British:

-- Crumpets (small griddle cakes)
-- Beans on toast (people online say that this tastes better than it sounds)
-- Marmite on toast (marmite is a concentrated savory spread that you MIGHT want to swap out for avocado, judging by the photos)
-- Scones

Or just accept that the Brits aren’t known for their food and do it up American style, with eggs, bacon, toast (without any strange spreads), muffins or maybe even something decadent, such as cinnamon rolls.

And you’ll want to wash it all down with some tea. Earl Gray, perhaps, or, if you’re of age and feel like imbibing at 7 a.m. (no judgment here), how about a nod to Prince Harry’s famous red hair? Make it a gin and ginger, or a Jack and ginger.

If you’d rather stick with a more traditional brunch cocktail offering, mimosas seem like the obvious choice. You could even save some of the champagne to serve with a makeshift wedding cake as the morning progresses.

One final idea on the beverage front for any Meghan Markle fans: open a bottle of Tignanello, which, fun fact, is a wine that she named her blog after. Tignanello is made from a selection of Sangiovese, Cabernet Sauvignon and Cabernet Franc, and apparently, Markle liked it so much that it inspired her (now archived) fashion and lifestyle blog, The Tig.

We’re thinking you have to display the Union Jack, or the national flag of the U.K. -- here, we found you a printable version! -- and some other classy decor that would make Markle’s perfectly curated Instagram (which is now a thing of the past) proud. We do know from various blogs and media outlets, which saved some of her social media posts before they were deleted, that she loves peonies and is a bit of a fashionista.

So fill a vase with some of Markle’s favorite flowers, maybe grab some red, white and blue paper plates and cups from the party store and fly those British flags with pride. 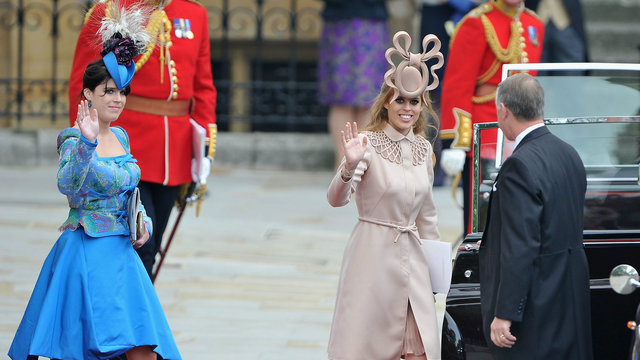 You’ve got to dress the part. This is the No. 1 reason to have a royal wedding party -- the fascinators!

If you go for it, you have to really commit to the look. We recommend channeling Princesses Beatrice and Eugenie (of York), circa 2011, at William and Kate’s big day. They looked positively “Hunger Games” with their oversized fascinators and matching frocks. Find yours on Amazon (cheap versions start at $6.99) or Etsy.

Some other ideas include tiaras or crowns, which you could even make out of paper -- or hit up the dollar store for plastic versions.

And for the men? We have to imagine Markle would recommend “Suits.” 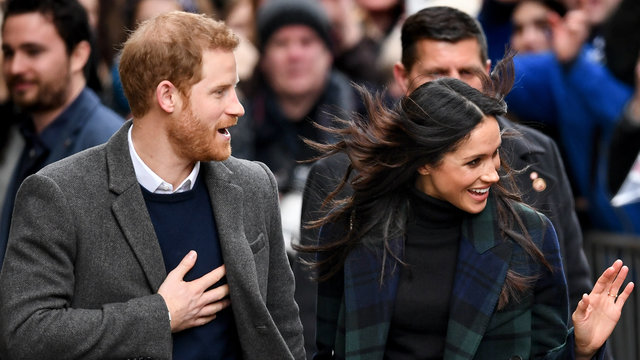 Before The Tig became a thing of the past, Markle once shared some of her favorite tunes at the moment, which included the likes of Crystal Fighters, Maggie Rogers and Janelle Monáe. It’s also been reported that Prince Harry gets down with dubstep -- which perhaps shouldn’t come as a surprise, considering he’s a bit of a former party boy.

If you’re not familiar with dubstep, or any of Meg’s favs, maybe we could go the Brit route once again: Adele, Ed Sheeren, the Spice Girls (if they'd get back together, that is), Paul McCartney, Elton John -- quite a few options here! 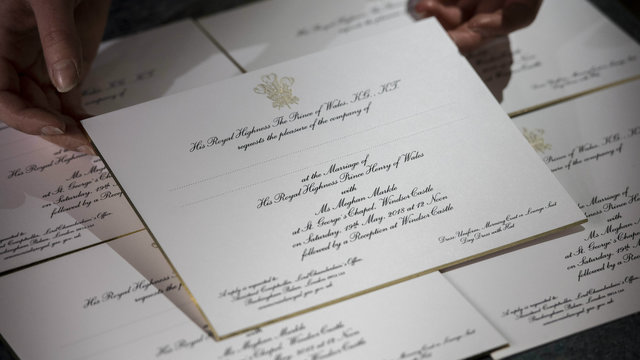 It would be fun to send out special invitations for your royal bash. You could even make knockoffs of the actual invites themselves, shown above. Shutterfly usually has some good options for affordable yet customized invitations, if you're going to go the snail mail route. Otherwise, try a site such as Evite.

You could do cut-out masks of Prince Harry and his royal bride-to-be, or British party props and a makeshift photo booth. It all depends on how elaborate or low-key of an event you're aiming for.

Either way, hopefully we've gotten you headed in the right direction for the big day. Cheers!