What laws did Texas pass to make schools safer after the Santa Fe massacre? KSAT Explains

These laptops pass the test, fit range of back-to-school budgets

Ross Geller and Rachel Green will reunite ...it's just a matter of when.

Friends star David Schwimmer speaks with ET's Nischelle Turner about HBO Max's upcoming reunion with the beloved sitcom stars that was postponed due to the coronavirus pandemic. While many shows and movie casts have reunited via video chat while quarantining, Schwimmer says it's important for him and his Friends co-stars to have their reunion before a live audience.

"I can tell you that we are hoping to shoot [the reunion] in August, in mid-August, but honestly, we will do it when it’s safe," the 53-year-old actor, who played Ross Geller on the series, tells ET. "There has always been a hope that a component of that reunion show will have a live audience, which makes the whole thing really tricky. We are obviously not going to risk anyone’s health by doing this."

Schwimmer further admits that he has "no idea" when they will be able to shoot the reunion amid such health concerns.

The TV star also addresses the lack of diversity on Friends, which he spoke about in an interview with The Guardian earlier this year. Schwimmer told the publication at the time that he pushed for his character, Ross, to date women of color during the show. Two of Ross' girlfriends on Friends were Julie, played by Lauren Tom, and Charlie Wheeler, played by Aisha Tyler.

"It felt wrong that there was not enough representation on the show," he says.

Schwimmer is pleased, however, with how Friends portrayed a gay relationship at a time when it was taboo on TV. In the pilot episode of the NBC series, it's revealed that Ross' wife, Carol, is leaving him to be with a woman named Susan. It's also revealed that Carol is pregnant with Ross' child, which leads to her, Ross and Susan co-parenting throughout the remainder of the series.

"[Friends] was doing some incredible things," he shares. "If you remember the pilot, my character was losing his wife to a woman. The way they portrayed gay marriage on the show and how we as a family made it work, I thought was great."

That being said, Schwimmer notes, "I just thought, I really felt like Ross should date other people, women of all races."

Schwimmer is now starring on the British TV comedy series Intelligence, which also stars the sitcom's creator, Nick Mohammed. Schwimmer plays an American NSA agent who teams up with a computer analyst to form a new cyber crimes unit in the United Kingdom's Government Communications Headquarters.

Mohammed and Schwimmer both share with ET why it was important for them to have a diverse cast and crew for this sitcom.

"David and I sort of drive a fair bit of the action but there's a really big ensemble, a lovely female ensemble around this. I think, I mean, certainly in the U.K., there really is quite a serious lack of representation onscreen," Mohammed says. "In particular in comedy, it just felt absolutely the right thing to make sure that our makeup of people were diverse. I mean, it's not just that, we have a lot of off-screen talent as well. We really tried to have a diverse crew. I think that's often where the lack of representation does lie is off-screen."

Schwimmer also felt it was important to portray "this guy who is emblematic of so much that I feel is wrong with people in power today." He describes his character on Intelligence as "this arrogant, pompous, narcissistic, ignorant American, ultra-patriotic, mostly 'cause he's never been out of the country and doesn't speak anything but English."

"I just thought it was a really fun opportunity to explore power and abuse of power," the actor tells ET. "If you've seen the show, you know [my character is] racist, homophobic, sexist, he's a bull in a china shop and full of self-belief. What he lacks in intelligence, he makes up for in confidence."

'Friends' Co-Creator Says She 'Didn't Do Enough' for Diversity

Jennifer Aniston on 'Trying to Prove' She Was More Than Rachel

Lisa Kudrow Assures 'Friends' Fans This One Thing About the Reunion 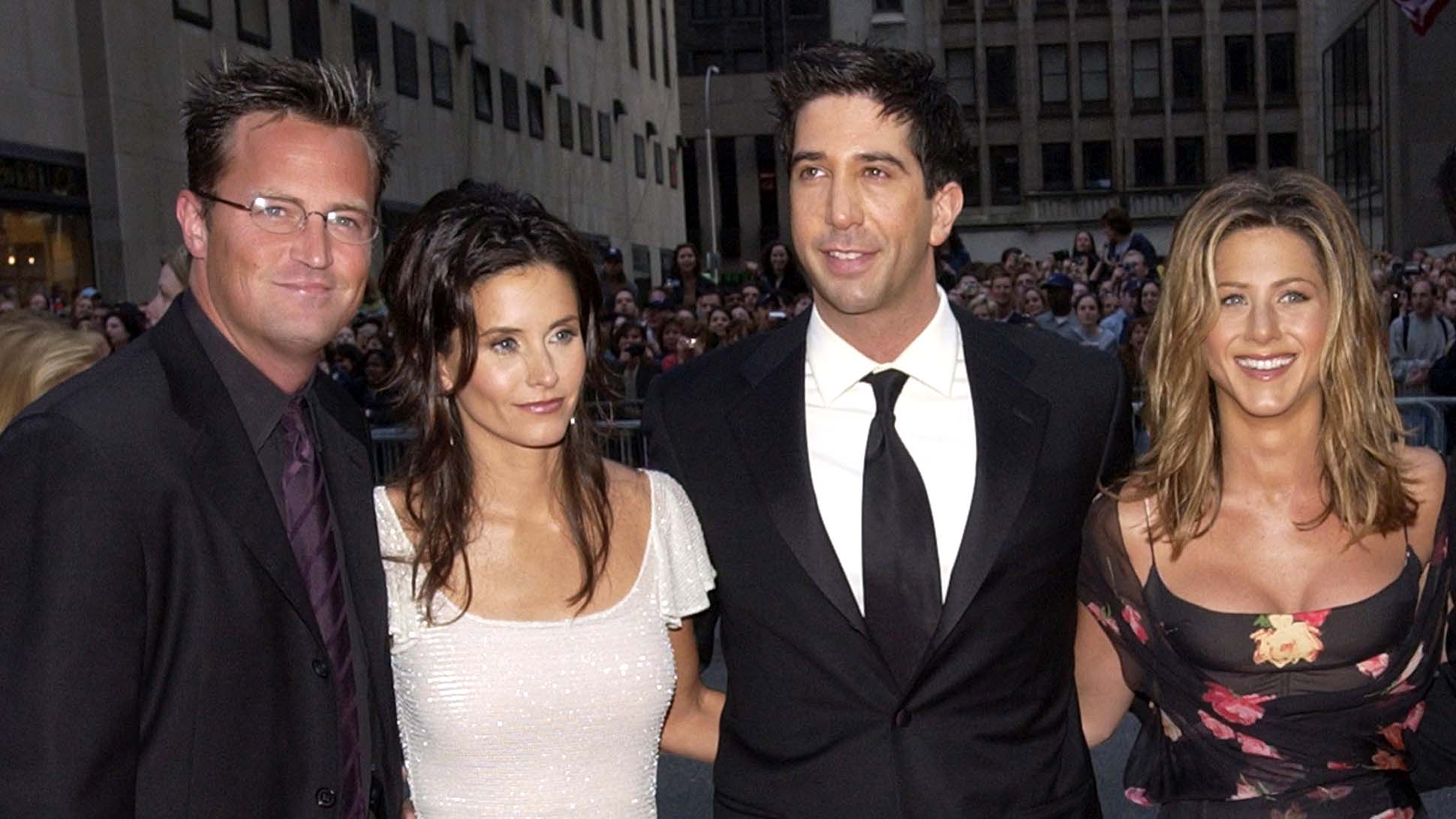