Savannah Chrisley is following her own set of rules when it comes to love. The 23-year-old reality star and ex-fiancé Nic Kerdiles called off their engagement earlier this year, but that doesn't mean she's moved on. While chatting with ET's Cassie DiLaura ahead of the season 8 premiere of Chrisley Knows Best, Savannah got candid about where her and the hockey player's relationship stands, and whether she'll watch their breakup unfold on the new episodes.

"Right now it’s just been such a challenging time because of COVID. I feel like right now it’s just like the year for divorces. Dear gosh, everyone’s splitting up," Savannah said. "But we’re trying to figure it out and -- I’ve said in multiple interviews -- our relationship just kind of has been unique to us and it’s hard whenever people are like, 'OK, you date, you get engaged, you get married.' And we just haven’t followed that timeline."

"If getting engaged and getting unengaged and going back to dating is what works best for us, then I’m like, let’s do it!" she expressed, adding that people need to know that they "don’t have to follow everyone else’s timeline. It’s based off of what you want."

Savannah and Nic got engaged in April 2019 after dating since November 2017. They had planned on getting married in May of this year.

For Savannah, she's at a point where she believes she doesn't owe anyone an explanation for her life and her decisions. She and Nic are also working on themselves.

"You’re allowed to have those boundaries and you’re allowed to figure it out for yourselves. And you don’t have to make someone else comfortable while making yourself uncomfortable," she explained, speaking about what she recently took in from listening to a podcast. "That’s kind of the place we’re in. We’re both doing therapy, individually, and just trying to figure out our place and what we truly want out of life, and having those hard decisions so we’re not part of this whole divorce culture."

As for the canceled dream wedding, Savannah's father, Todd, was "a little bummed" at first that this daughter wasn't going to be walking down the aisle after he planned a three-day wedding weekend.

"[My dad] then took a step back and was like, 'You know what, if this is what’s best for you, I stand by you, and whatever decision you want to make is what we’re going to do,'" Savannah recalled. But the Growing Up Chrisley star is still set on one day tying the knot.

"I want my wedding to be a huge party. I want there to be live entertainment. I want people to be performing. I just want it to be a blast," she shared, before teasing what she had already planned. "I’ll definitely have a couple dresses. The dress that I had picked out and got measured for and everything, that’s still going to be the one when the day comes."

This season of Chrisley Knows Best will dig into her relationship with Nic and the subsequent fallout. Savannah, however, doesn't know if she'll be tuning in to relive those personal and emotional moments.

"It is hard seeing how we've kind of gone back. We're not going forward with the wedding right now, so it's hard to watch that on TV," she admitted. "And the hard part too is that people only see the 30 minutes of something and love to come at you on social media, be hateful and kind of give their opinions where they're not really needed. So it's hard. It's going to be hard watching it all back, and I'm not sure how I'm going to feel. As of now, I don't think I'm going to watch it, but we'll see."

Though she did share that this new season is very fun and different than any other, explaining that she and her family let their guard down more than ever and talk about deeper issues. For instance, viewers will see Savannah struggling with endometriosis and having a doctor tell her that if she wants kids, she better have them now.

"Our whole philosophy is kind of, if we can share something that we're going through in order to help others, then that's what we're going to do," she noted. "For me, I go through all my relationship ups and downs and I talk about struggling with endometriosis. I turned 23 in August, but I have a doctor telling me, 'Alright, you need to finish having kids by the time you're 30.' So I'm like, well if I want to have four kids I better start now, and so that's not happening. So we talk about my different options, like freezing eggs."

Continuing to share her and her family's personal stories is something that Savannah looks forward to doing for years to come. When asked if she sees herself ever turning the cameras off in her home, she said "that's a decision that we will make as a family when that time comes."

Savannah also added that, as someone who's lived her life for other people and not wanting to disappoint anyone, she's finally in a phase where she wants to put herself first.

"Nic's even told me, 'You have to stop caring so much what people think,' and that's kind of who I am. I'm a people pleaser," she expressed. "So right now, I'm in a phase in my life where I want to live it for me. I want to truly figure out who I am, what I want, and see where it takes me."

Savannah Chrisley Explains Why She Postponed Her Wedding 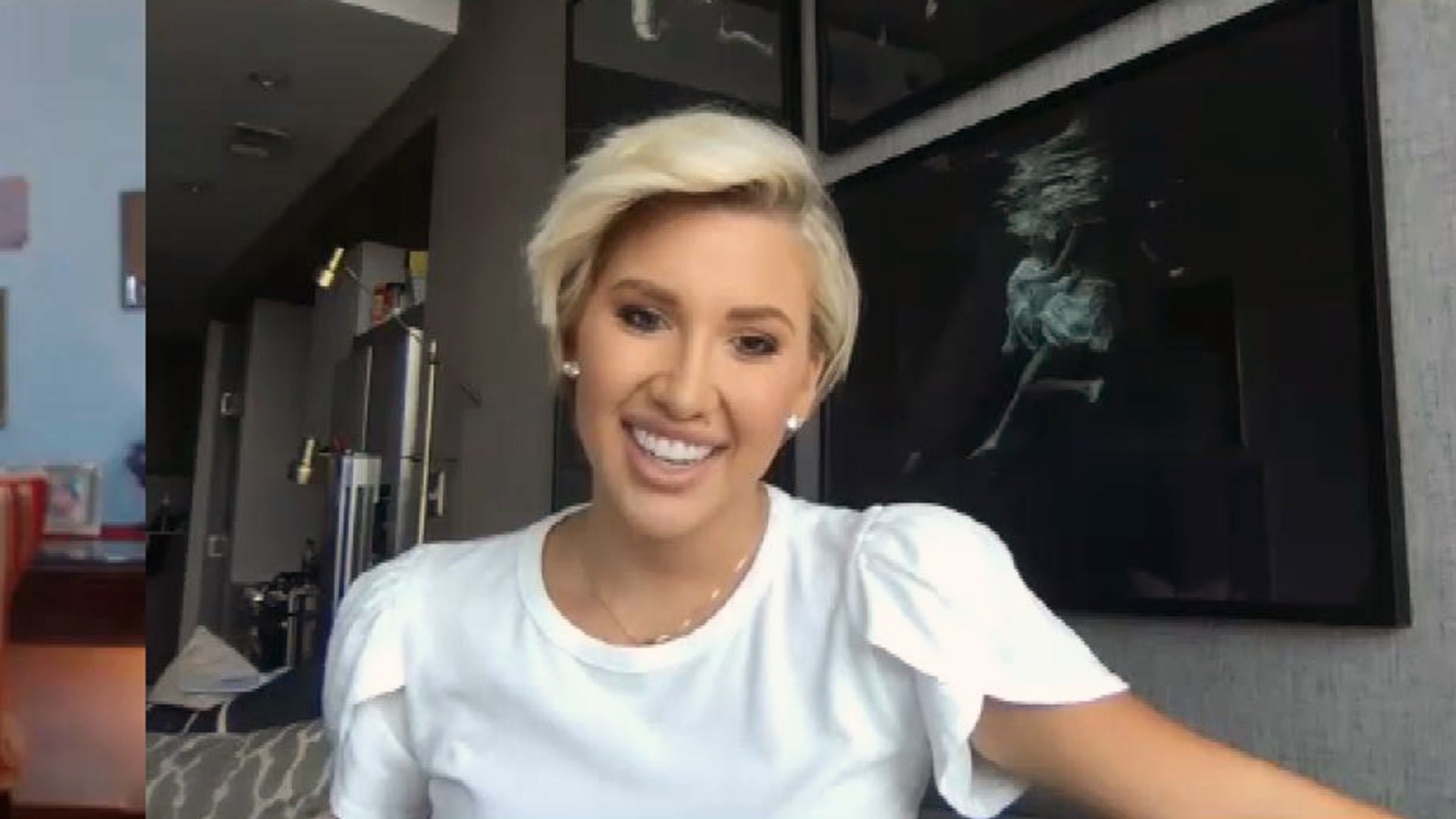