SA Live is the top-rated local afternoon variety show that features all the things that make living in San Antonio and South Texas great!

The parents of a teen accused of killing four students at a Michigan high school have been charged with involuntary manslaughter.

2 men wanted in robbery at Best Buy in Alamo Ranch

Sarah Michelle Gellar and Freddie Prinze Jr. are joking about their kids! ET's Keltie Knight recently caught up with the cute couple, who revealed whether or not their two kids -- Charlotte, 10, and Rocky, 7 -- make it a point to watch their parents' flicks.

"They love Cruel Intentions," Gellar quipped of the sexy, rated-R 1999 thriller in which she starred alongside Reese Witherspoon, Ryan Phillippe and Selma Blair. "We let them watch it all the time. It's one of their favorites," she added sarcastically.

"We weren't in Texas Chainsaw Massacre..." Prinze Jr. joked, before his wife completed the thought, saying, "But we let them watch it."

"We just threw that on, triple feature," Prinze Jr. added.

Throughout their careers, the pair has co-starred in several flicks together, including 1997's I Know What You Did Last Summer and 2002's Scooby-Doo The Movie. Gellar even made a nine-second cameo in Prinze Jr.'s 1999 rom-com, She's All That.

"I was great in She's All That," Gellar quipped of her brief appearance. "It's not my finest work, but... I do get to count that."

"I'll give you that one," Prinze Jr. agreed. "... We worked together a lot, don't we? We never really wanted to, though. It just kind of happened."

"You never wanted to? I would've phrased that a little differently," Gellar joked in response.

The couple, who tied the knot in 2002, is teaming again, this time for a partnership with Cascade in support of their new water conservation campaign, "Do it every night."

Gellar and Prinze Jr. certainly relate to the message, with the former quipping that "doing it every day" is the secret to their long-lasting marriage.

"And making me laugh!" Prinze Jr. added. "... If they stop making you laugh, then your days are numbered."

As for the meaning behind the campaign itself, Prinze Jr. explained, "There's a misconception, I think, when people use their dishwashers that they're wasting water, but you can use as little as eight dishes and still save double the water that you would if you hand wash."

Watch the video below for more of ET's sit down with the couple. 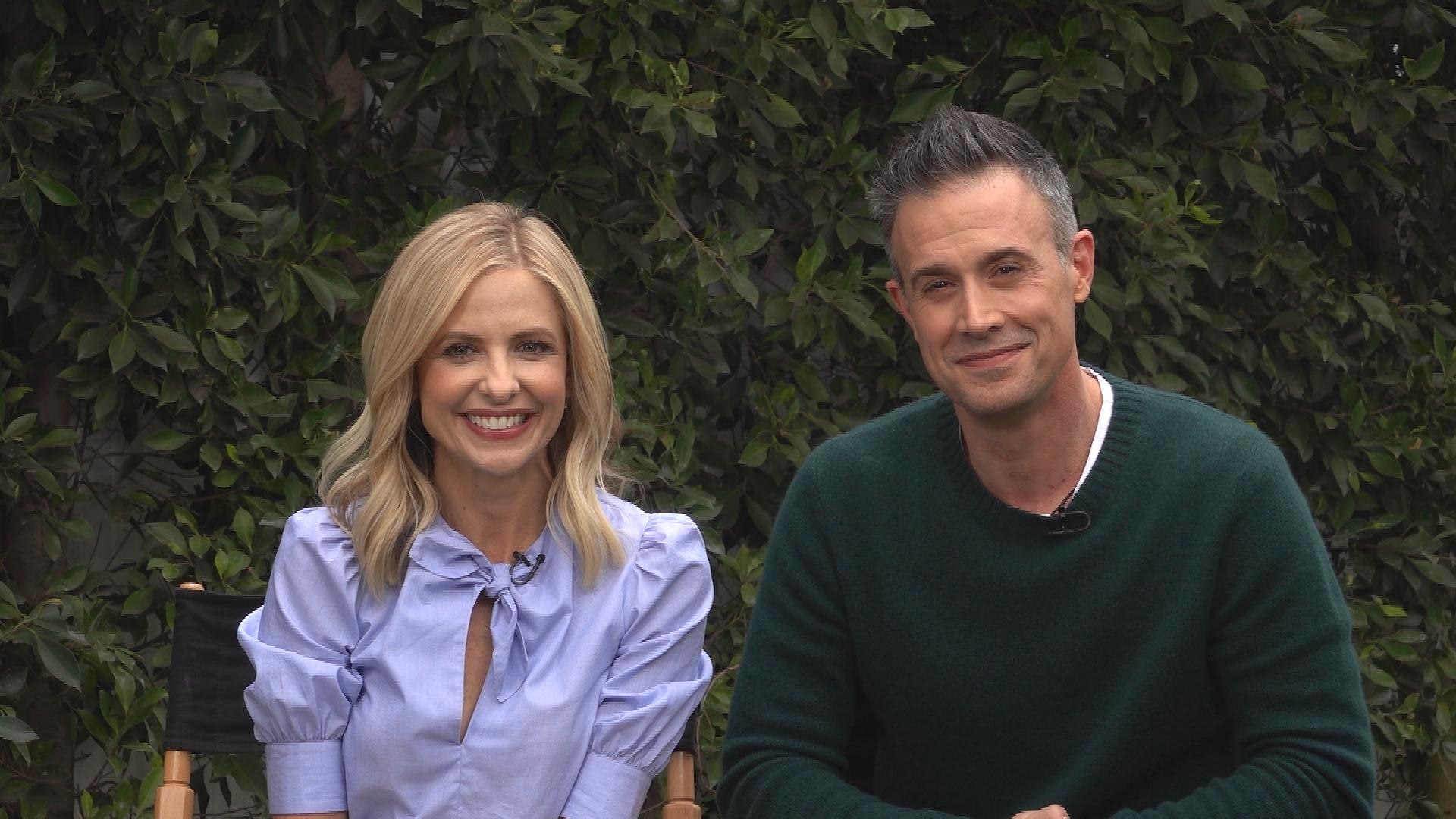