Arrest made after wheelchair-bound man attacked with chain, records show

Man caught with more than $560K worth of fake car parts in Boerne, KCSO says

Following Meghan Markle's impassioned speech amid the ongoing protests in the wake of George Floyd's death -- which made her the first royal to speak out in support of Black Lives Matter -- she and Prince Harry are preparing to get more involved in the movement.

"The Black Lives Matter movement matters to Meghan and it matters to Harry. And I understand that this is going to be an area where we're going to see the couple doing a lot more work and taking a lot more interest," royal expert Katie Nicholl recently told ET. "They've been very busy with the COVID efforts, particularly how it's impacting on their charities. And their focus is now, I'm told, shifting onto this movement -- Black Lives Matter is something that really resonates with both of them."

"They come in on this from different perspectives, Meghan as a Californian, Harry as an Englishman, both of them keeping abreast of what's happening, both here in the U.K. and in L.A.," she continued. "But this is a campaign that matters to them. This is something they want to be more involved with and I'm told we're going to see them really focusing their energy on this over the next coming weeks."

Meghan in particular, Nicholl explained, is passionate about the movement, seeing herself as a "role model" who can speak to the issues of racial equality. "She believes that there is an expectation on her to address what's going on and to [show] support. And that is what they're doing."

"They're speaking to community leaders from a number of different organizations and charities," the royal expert noted, adding that the couple are deciding how to best get involved on a community level. "I'm told this is something they want to keep private at the moment while they work out what they can do and how they can help."

Meghan spoke out for the first time since the protests began in a message to the graduating class of Immaculate Heart High School, her alma mater. The Duchess of Sussex said Floyd's death was "absolutely devastating," and paid tribute to other victims of police brutality, like Breonna Taylor, Philando Castile, and Tamir Rice.

"I was really nervous that I wouldn’t [say the right thing], or that it would get picked apart, and I realized the only wrong thing to say is to say nothing," the duchess noted in her speech.

Nicholl said she believes Meghan "anticipated a degree of backlash [for] speaking out about the Black Lives Matter campaign. Because there's always a backlash whenever she speaks about anything, and I think in a way she probably expected it."

"It was obviously something she thought long and hard about," the royal expert added. "This wasn't a snap decision to suddenly just make a very flippant comment, this is six minutes of carefully considered speech. As far as she is concerned, she feels that she has a responsibility to speak out."

As we can all feel, the world at this moment seems extraordinarily fragile. Yet we are confident that every human being has the potential and opportunity to make a difference—as seen now across the globe, in our families, our communities and those on the front line—together we can lift each other up to realise the fullness of that promise. What’s most important right now is the health and wellbeing of everyone across the globe and finding solutions for the many issues that have presented themselves as a result of this pandemic. As we all find the part we are to play in this global shift and changing of habits, we are focusing this new chapter to understand how we can best contribute. While you may not see us here, the work continues. Thank you to this community - for the support, the inspiration and the shared commitment to the good in the world. We look forward to reconnecting with you soon. You’ve been great! Until then, please take good care of yourselves, and of one another. Harry and Meghan

The cause is an important one for Prince Harry as well, Nicholl noted, recalling how the Duke of Sussex spoke out against British tabloids for their "racist overtones" in covering the couple when they first announced they were dating.

"The phrase 'exotic DNA' is one that comes to mind," she said. "Meghan's race has become part of the narrative about her and, you know, certainly Meghan and Harry feel that there have been racist undertones to some of that coverage."

Nicholl added that she finds it "very telling" that Meghan was the first member of the royal family to publicly address the protests, which are taking place around the world, including in the United Kingdom.

"[We've] not yet heard from the queen or the Prince of Wales -- that's not to say that we won't, but at the moment we haven't," she noted. "The first person and as yet the only royal to speak out has been Meghan, and I think that says a lot about how passionate she is about this and how she wants to use her profile to draw attention to what's happening."

See more on the duchess's recent speech in the video below.

Meghan Markle Powerfully Stands Up Against Racism in 2012 Video 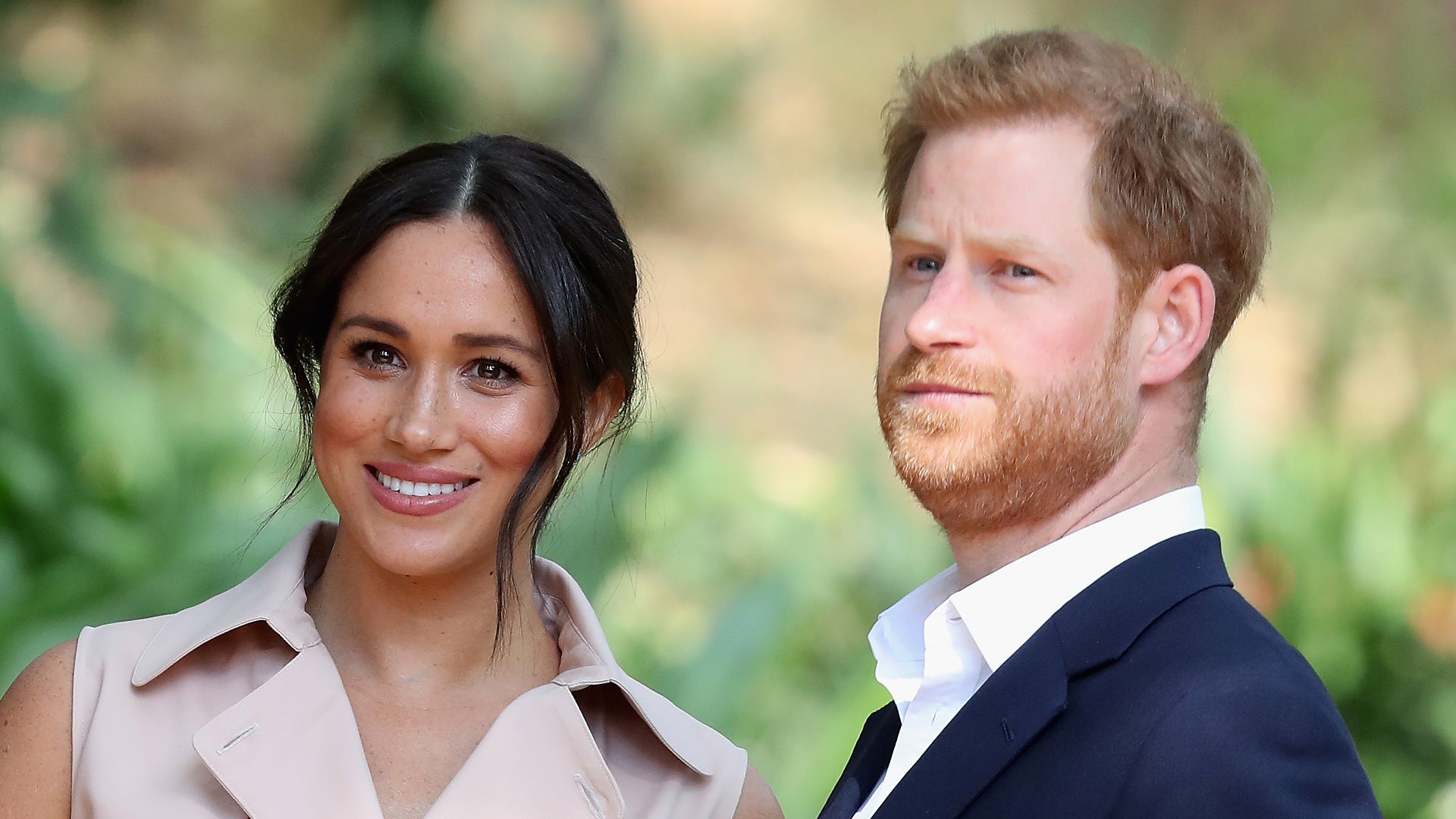