9 warnings in effect for 6 counties in the area

3 kids hit by a car while walking to school on city’s South Side, police say

They're back! After a brief hiatus (you can thank the pandemic), Bravo's The Real Housewives of New York City returns with a Halloween-themed episode that’s more trick than treat -- and ET has your exclusive first look. The ladies are gathered together for an All Hallows Eve feast planned by Luann de Lesseps, minus the dearly departed Tinsley Mortimer. With Tinsley's move to Chicago taking her out of Dorinda Medley’s line of fire, it appears Dorinda has a new target in Ramona Singer.

"I guess now she doesn’t have Tinsley, so now she’s attacking me," Ramona confesses to her pal Missy Pool. "Dorinda's like Jekyll and Hyde. It's scary. It's like bipolar. It's scary."

Missy is, of course, the ex-girlfriend of Tom D'Agostino, Luann's ex-husband, and seemingly not a welcome guest at the soiree. Luann tells Dorinda and Leah McSweeney that much at the other end of the table, where the three ladies discuss how out of line Ramona was to bring Missy around the group, knowing her history with Luann. Dorinda calls Ramona "a selfish, self-serving person that is always thinking about herself," while Leah simply shouts, "Shots fired!"

"Ramona doesn’t give a s**t, really," Luann goes on to say in a confessional. "She doesn't! She just doesn't care. She’s so insensitive. The problem is, people will disappoint you all the time and Ramona never ceases to disappoint."

That confessional is actually viewers' first glimpse at the cast's DIY interviews. Due to the health concerns of the coronavirus pandemic, the women were tasked with setting up direct-to-camera interviews in their own homes, which look a little different from the professionally shot, lit and glammed-up testimonials that have become a trademark of the franchise.

The pandemic has shifted how Bravo's hit series are produced across the board, with shows like The Real Housewives of Atlanta and Vanderpump Rules filming reunions remotely on video chat. It remains to be seen if RHONY’s season 12 reunion will also be shot at home (the show still has months of episodes left to air before that decision comes), but when ET caught up with Sonja Morgan in May, she was hopeful that the ladies would be able to reunite in person. They’ve been keeping tabs on one another from afar while isolating across the country.

"I think we'll be OK [by then], and that’s just me with my psychic powers and my advisers," Sonja said. "Our reunion will be live by then, yeah. It’s funny how I do see that everybody’s come together and reunited over this, so we’ve been really tight all of us girls just, you know, taking care of each other and, you know, Ramona has Lyme disease, which has me very upset because if she could sit still for two seconds and stop ramming around to take care of herself and take the meds -- ‘cause … it can really spiral, so, yeah, I was worried about Ramona, particularly."

The Real Housewives of New York City airs Thursdays at 9 p.m. ET/PT on Bravo. Check out the cast's new midseason taglines -- a franchise first! -- below:

'RHONY': Ramona Demands Apology From Leah Over Night She Doesn't Even Remember (Exclusive) 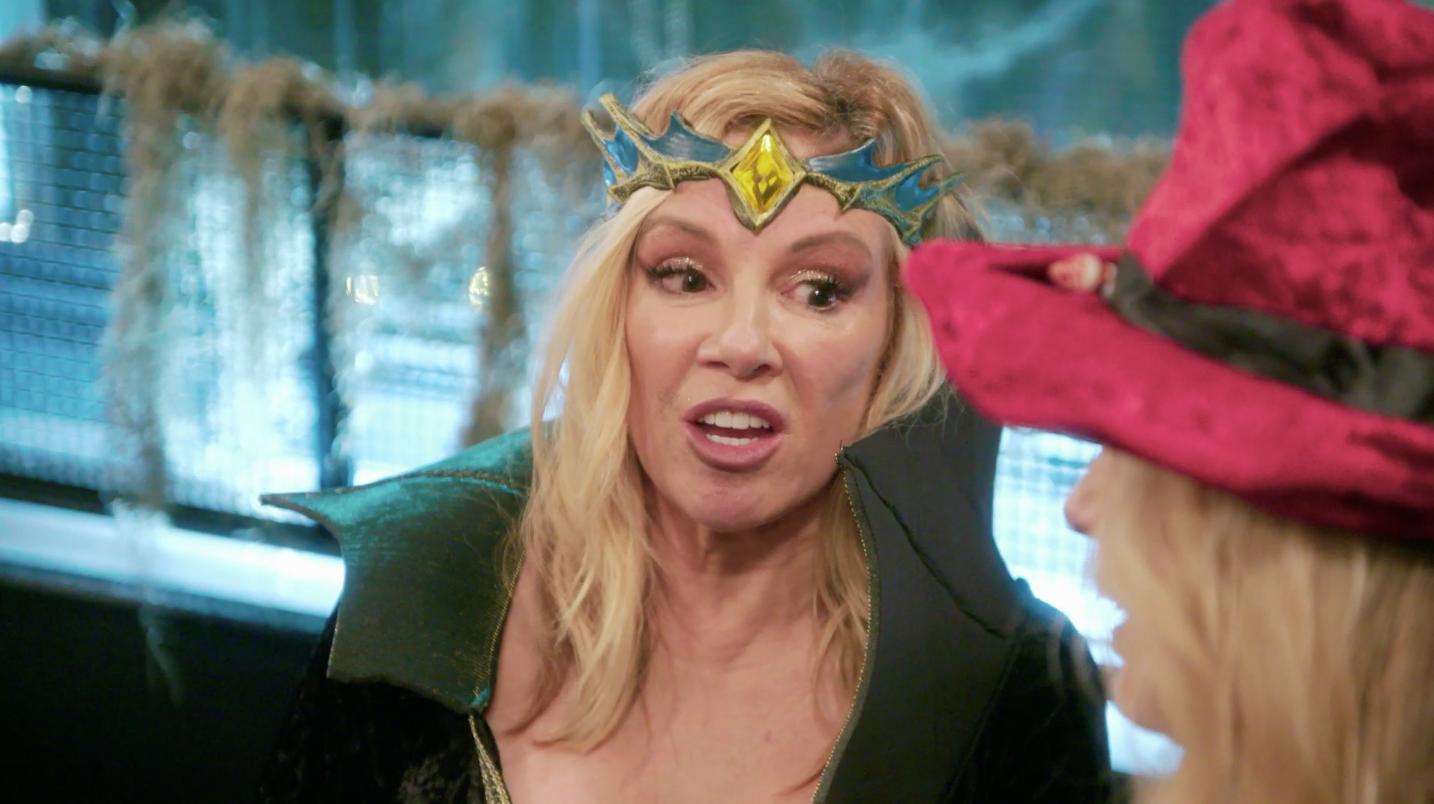