McKinney school officials long took pride in their students’ participation in the nationwide Youth and Government program, calling the district a “perennial standout”.

Every year, students researched current issues, proposed and debated their own public policy, and competed in a mock legislature and elections process for statewide offices. Since the program’s arrival to McKinney in 2005 as a club, seven of the district’s middle school students have been elected governor — the program’s top honor — at the statewide conference in Austin. In 2017, the district added an elective option: Seventh and eighth graders in two of the district’s middle schools could now receive course credit for participating in the program.

But in June, the district canceled the elective option in response to a social studies law passed during this year’s regular legislative session. In an email to middle school administrators obtained by The Texas Tribune, a social studies curriculum coordinator wrote that “in light of” the new law’s ban on political activism and policy advocacy, “we will no longer be allowed [to] offer Youth & Government as an elective course for credit.” As the law puts restrictions on courses, not on extracurricular activities, the original club remains available.

The cancellation is an early application of House Bill 3979, which goes into effect Sept. 1. The law is part of a nationwide movement to ban any teachings conservatives believe sow racial divisions and make white children believe they are racist. Republicans label these teachings “critical race theory.” The new law also restricts classroom discussions on current events and bans teaching that anyone should feel discomfort or guilt about their race.

Texas teachers and academic experts say that the term critical race theory — the name of an academic framework used to examine structural causes of racial inequity — is being used politically as a catchall phrase for any teachings that challenge or complicate dominant narratives about the role of race in the country’s history and identity. And they have warned that the new law would cause schools and teachers to unnecessarily curb discussions about civics and avoid race-related subjects out of fear of violating the law — or being accused of violating the law, even if they are discussing topics not explicitly banned.

The cancellation appears to be a misapplication. The new law only applies to required social studies classes, not electives like the McKinney class.

Regardless of the technicality, state Rep. Steve Toth, R-The Woodlands, the bill’s author, said that the Youth and Government elective “doesn’t have anything to do with lobbying members, so there is no reason [McKinney] would have to cancel it.”

However, the law does not define “political activism” or “activity involving social or public policy advocacy.”

Steven Poole, the executive director of the United Educators Association, said that the cancellation illustrates the dangers of the bill’s vagueness. “It points to how up in the air the legislation’s writing is, and how much people can read into it,” he said.

“There are a lot of answers that the state Legislature, the State Board of Education, and the TEA need to provide districts and teachers,” he said.

In response to inquiries from the Tribune, the district said it would “decline to participate in this article” and sent a reminder to teachers that they must refer reporters to administrators.

Judith Anderson-Bruess, the McKinney teacher who began the Youth and Government club, led it until her retirement two months ago and taught the elective, disagreed with the district’s judgment that the program constituted political activism or policy advocacy.

“It was just a simulation,” she said. “[Students] wrote bills, they learned parliamentary procedures.”

Anderson-Bruess, who sits on the board for the statewide YMCA Texas Youth and Government organization, said that McKinney had “one of the strongest programs” because of the elective. 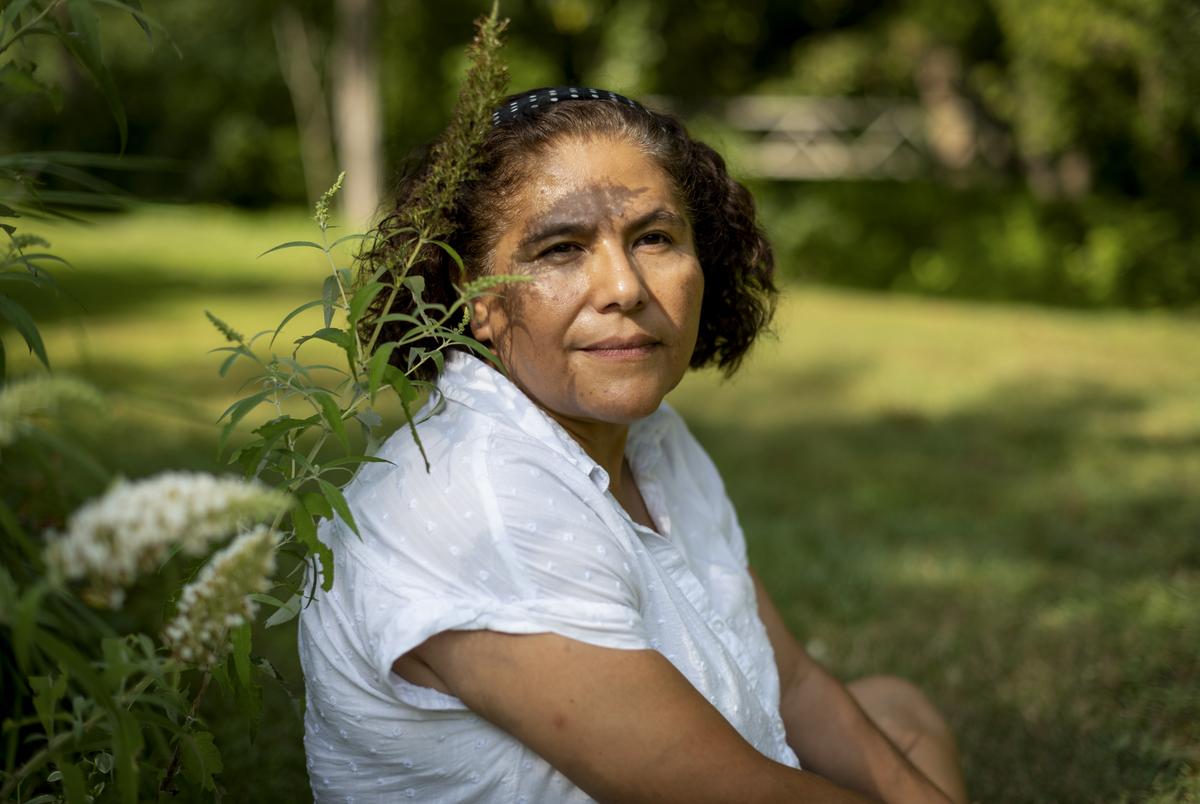 All seven of McKinney’s middle school students who were elected governors at statewide conferences went to Dowell Middle School, where Judith Anderson-Bruess led Youth and Government. Credit: Eric Lee for The Texas Tribune

She said the elective gave students more time than the club to research and write substantive bills. She also said the elective made it easier to participate for low-income students and students of color, who had less means to commute to and from school outside of school hours.

“They were being successful,” she said. “And now it’s gone.”

YMCA Texas Youth and Government’s state director, Angela Castilleja, wrote in a statement to the Tribune that the organization does not believe the new legislation has “any direct relation” to the program.

The new law’s ban on activism appears nearly verbatim in a template bill written by Stanley Kurtz, who advocates against political action in the classroom and argued for the veto of a Florida bill that would have given some high school students college credit for Youth and Government. Toth said he “conferred” with Kurtz in crafting the law.

Texas’ law is the only one, as of July, to include a ban on political activism, among so-called critical race theory laws across the nation tracked by Education Week.

Gov. Greg Abbott said the current law does not do enough to “abolish critical race theory” and directed legislators to strengthen the law in a special legislative session. Bills filed in the House and passed in the Senate for this session would enable broader classroom surveillance over teachings that have sparked outrage over so-called critical race theory indoctrination, such as instructional materials that mention systemic racism or white privilege. The bills also expand the current ban on activism to reach all classes and electives.

The Texas House is currently unable to function as Democrats have absconded from the chamber in order to block a GOP-led voting restrictions bill. However, Abbott has vowed to call special session after special session until they come back and complete his agenda.

The future of the Youth and Government elective in McKinney is settled, meanwhile. The cancellation seemed to rest on the instruction of an outside attorney. The day the cancellation was announced, an assistant principal from Faubion Middle School emailed back, “The premise of YAG is for students to mirror the governmental/legislative process much like mock trials in 8th grade. Students do not make contact with any legislative members.” (Bold text included in original email.) 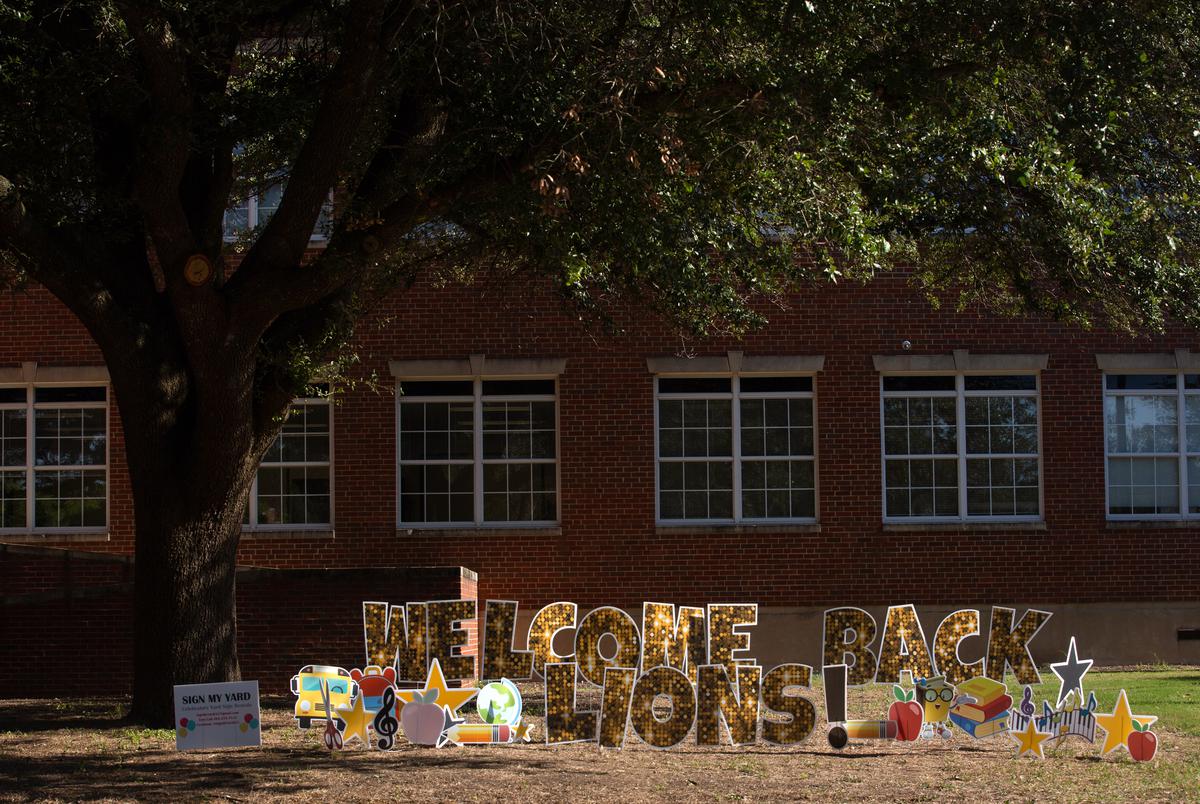 The curriculum coordinator asked a deputy superintendent for advice. One hour later, the deputy responded.

“Our attorney says we cannot offer,” they wrote. “The language is vague ….”

The attorney did not respond to requests for comment. The attorney’s firm, Abernathy, Roeder, Boyd & Hullett P.C., said the McKinney school district “took the most cautious approach” given the social studies law’s new boundaries and unresolved future.

Joy Baskin, the director of legal services for the Texas Association of School Boards, said that in interpreting the law, school attorneys generally seemed to feel that outside interest groups’ “calls for vigilance” would outweigh the exact letter of the law.

“If there’s a lot of parental engagement and complaints, it doesn’t matter too much what the technical language of the statute is,” she said. “It’s still an issue that school districts will have to respond to.”

Sofie Jordan, an eighth grader at McKinney’s Dowell Middle School who was scheduled to be in the Youth and Government elective, said she has never seen a teacher require political activism from a student and that the cancellation hindered her education. She has been in the club for the last two years and plans to continue through high school.

“There are people of both beliefs in that program who will be deprived of the right to learn about their government,” she said.

Disclosure: The Texas Association of School Boards has been a financial supporter of The Texas Tribune, a nonprofit, nonpartisan news organization that is funded in part by donations from members, foundations and corporate sponsors. Financial supporters play no role in the Tribune’s journalism. Find a complete list of them here.