The latest local, regional and national news events of the morning are presented by the KSAT 12 News Team

This puzzle could make you a millionaire!

ROCKDALE — Late last decade, the town of Rockdale appeared on the verge of economic ruin. The Alcoa aluminum plant here, which provided nearly 1,000 jobs, closed in 2008. The Luminant coal-fueled power plant shut down in 2017.

North America’s largest bitcoin mine — owned and operated by Whinstone U.S. — sits just down the road from the old aluminum plant, about 60 miles northeast of Austin. The facility, which has added about 145 jobs, hasn’t fully filled the void created by Alcoa. But Whinstone U.S., which is owned by Riot Blockchain, is fast working to become a staple of the community: It helped rebuild the local dog shelter. It installed lights at the high school softball and football fields. It bought the town’s 32-foot-tall Christmas tree. Rockdale Mayor John King noted the company funds livestreaming for the high school sports events and donates fireworks for graduation.

Expansion plans are in the works to more than double the plant’s capacity and make it the biggest bitcoin mining facility in the world, according to Whinstone U.S. CEO Chad Everett Harris.

The city has found itself at the center of Texas’ ambitions. In recent years, Texas has rapidly drawn more and more in the cryptocurrency industry as state and federal lawmakers try to lay the groundwork for a blockchain technology explosion. Industry leaders say they are drawn to the state’s cheap energy and aversion to regulation. 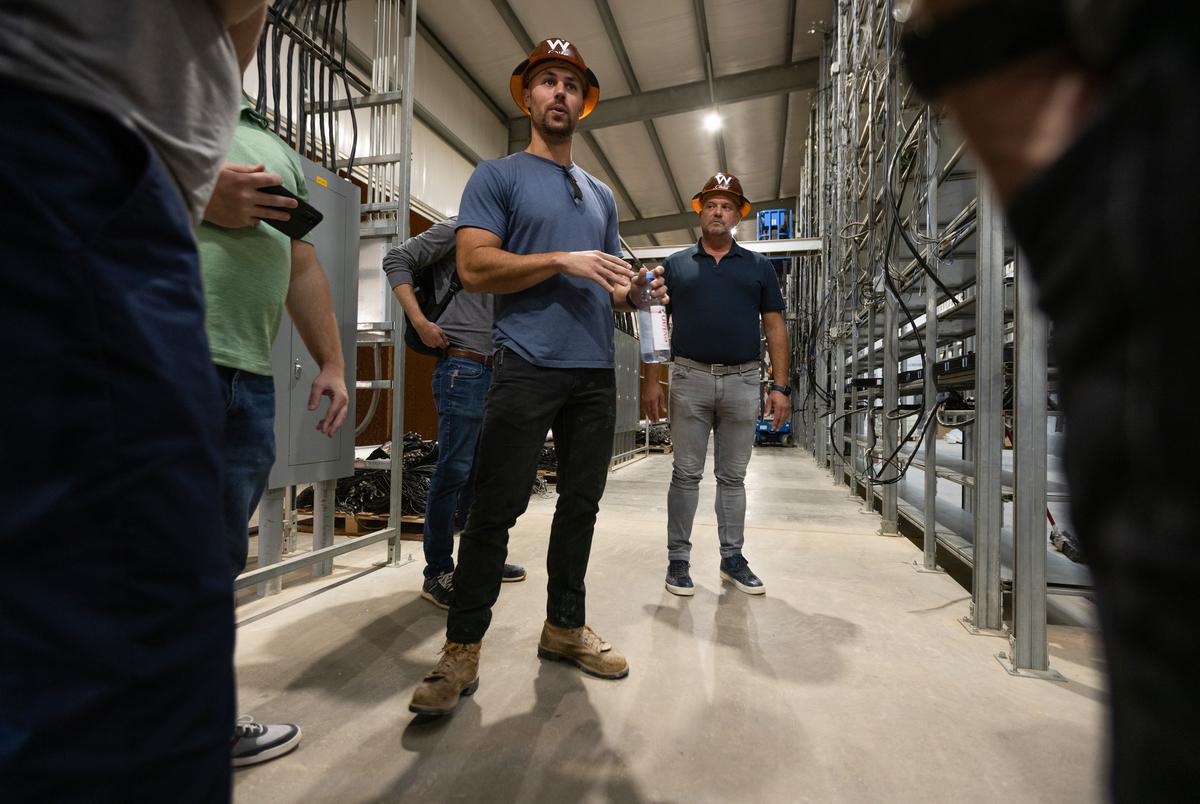 “I would like to see Texas become the center of the universe for bitcoin and crypto,” U.S. Sen. Ted Cruz, R-Texas, said at the Texas Blockchain Summit, where 700 attendees, according to organizers, met in Austin on Oct. 8. There, Republican politicians made the case for the industry alongside a lineup full of entrepreneurs and researchers.

The budding industry has its doubters. Skeptics worry about the massive amounts of energy required to mine bitcoin, which has spurred both environmental concerns and fears about how the strain could affect Texas’ already fragile power grid.

And the growth in Rockdale has come in fits and starts. In 2018, a Chinese company that designs specialized computers for cryptocurrency mining promised hundreds of jobs and a $500 million investment into the shuttered Alcoa smelter.

By the end of 2018, with the price of bitcoin falling, those plans weren’t fully realized.

But Texas leaders are pressing forward. Just last week, Gov. Greg Abbott met with the Texas Blockchain Council. He tweeted afterward that the state soon “will be #1 for blockchain & cryptocurrency.”

Cryptocurrencies are digital assets that can be used to buy certain products and services without an intermediary like a bank.

Bitcoin is largely considered the first decentralized, peer-to-peer payment network powered by its users, though many cryptocurrencies exist. Its worth isn’t backed by any government, but transactions are tracked on a public ledger.

While it can be used in certain retail situations, many people are using it as an investment. Still volatile, the price of bitcoin increased over the last year from $11,500 per coin to a record high of $66,000 just last week before dropping back below $60,000. 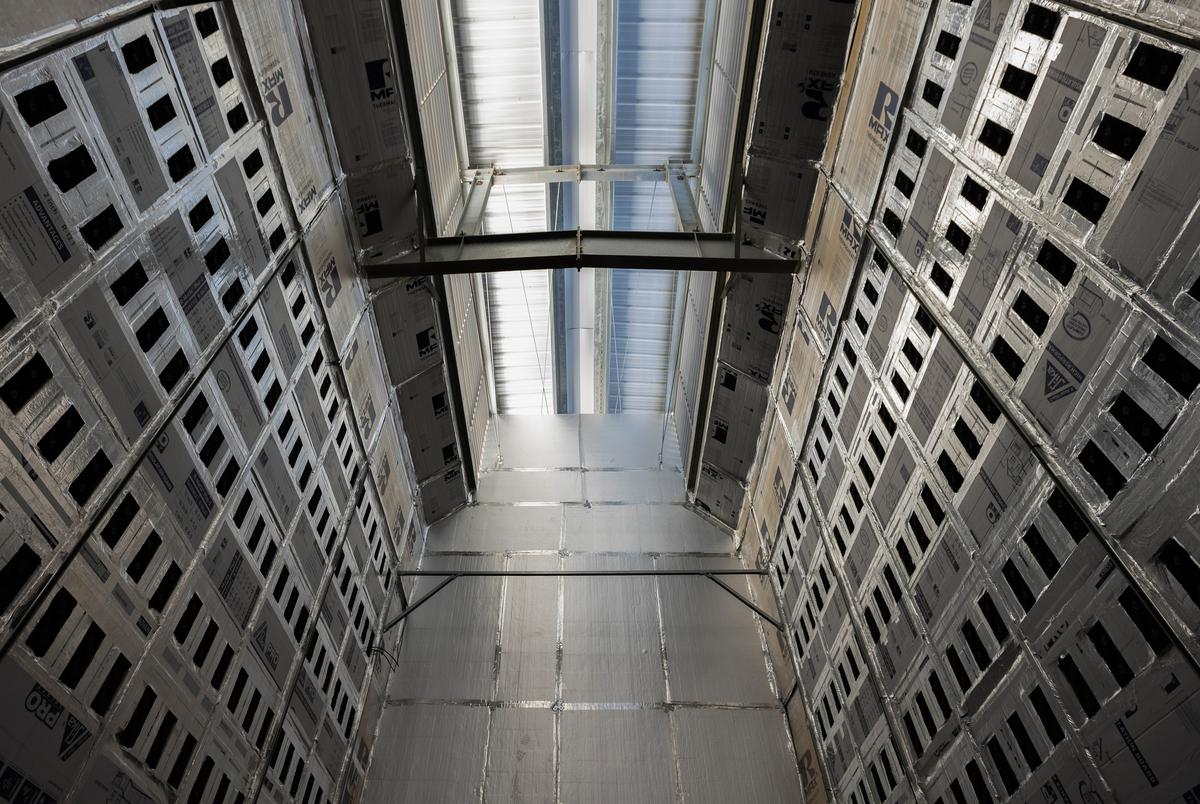 Most people buy bitcoin on public exchanges. But new blocks of bitcoins are released every 10 minutes, and miners compete to obtain them through a process by which they solve complex math problems to validate transactions. Those processes occur on blockchains, a public series of decentralized, anonymous blocks where the details get recorded. The more computers a miner has competing in the process, the more bitcoins they can acquire, which makes mining an energy-intensive process.

Whinstone U.S. hosts over 25,000 miners, or computers programmed to mine bitcoin. Power runs through large transformers connected to those buildings, where miners line racks upon racks. On the other side of those racks, an evaporative cooling wall pulls ambient air and coolant, dissipating the hot air emitted by the computers like a chimney.

To Texas Republicans and entrepreneurs, Texas and cryptocurrencies are a perfect pair. There is a “very natural synergy,” Cruz said, between blockchain and the state’s ethos, which he described as “give me a horse and a gun and an open plain, and I can conquer the world.”

Texas, he added, “lionizes” entrepreneurs. The state’s anti-regulatory laws appeal to the industry, which values privacy. The cryptocurrency community, Cruz argued, is built on “individual freedom, individual responsibility” and a lack of government dependence.

"We came here because of power and the deregulated market,” Harris said. “We knew power was a competitive component. And we knew at large scale, we could get power at a lower price.”

This year, the Texas Legislature this year took several steps toward growing the industry here.

HB 4474 recognized cryptocurrency in the state’s Uniform Commercial Code in an effort to set standards that clarify the rights of people who control the currency and make it possible to resolve disputes over ownership. The measure made Texas the third state to amend the laws regulating financial transactions as such. HB 1576 established a 16-member working group that will recommend policies relating to blockchain matters. Abbott signed both bills into law in June.

China — where about two-thirds of the country’s electricity comes from coal — has long been the world leader in bitcoin mining. But the government there has recently cracked down on those efforts, in part due to concerns about the industry’s impact on climate change.

Texas state leaders have shared few, if any, such concerns.

The Whinstone U.S. mine has a capacity of 300 megawatts — one megawatt is enough electricity to power 400-900 homes in a year — and hopes to reach a maximum capacity of 750 megawatts upon expansion. For politicians like Cruz, Texas’ abundance of energy makes it fertile ground for an industry where bitcoin mining alone uses about as much energy annually as the Netherlands, according to the Cambridge Bitcoin Electricity Consumption Index.

But Texas saw its power grid overloaded during a deadly winter storm earlier this year, raising questions about whether the grid can handle major growth in such an energy-intensive industry. 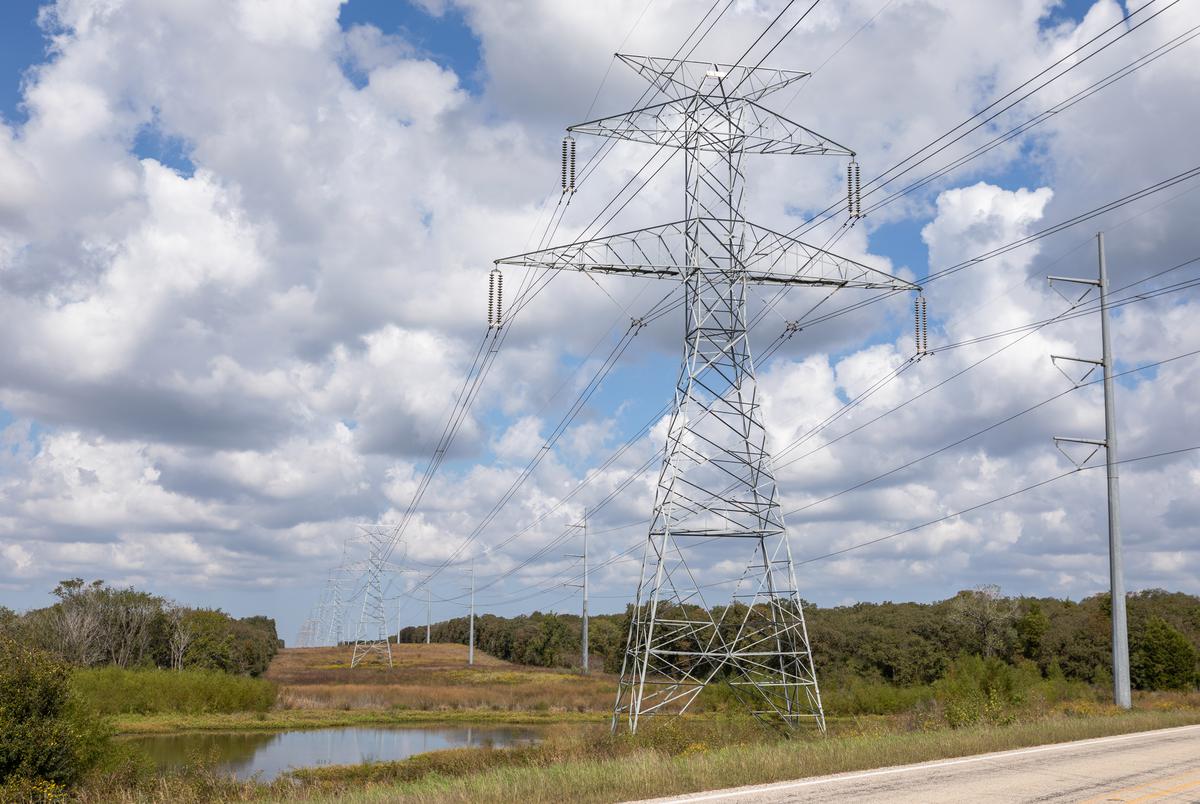 Industry advocates describe a symbiotic relationship between bitcoin miners and the Electric Reliability Council of Texas, the state’s grid operator. They suggest the proliferation of blockchain technology would help stabilize a Texas power grid that has increasingly come under fire for failures during a storm that left an estimated 70% of Texans without power for an average of 42 hours.

The increased demand brought by mining could incentivize new sources of power to come online, they say. Bitcoin mining is not continuous, said Lee Bratcher, president of the Texas Blockchain Council. The mines can be turned off at times of high strain on the grid — and ERCOT actually pays bitcoin mining companies to cease activities in these moments. That unused power from their base load demand is then pushed back into the grid, Bratcher added.

“Bitcoin mining is a load that will purchase energy 24/7. However, it is unique in that it has the flexibility to turn off in high-demand hours,” Riot Blockchain CEO Jason Les said. “And by participating in the grid with different services for large loads in the grid, we help stabilize that grid as well.”

Joshua Rhodes, a research associate at the University of Texas at Austin who has consulted for a bitcoin mining company, said flexibility is key. If cryptocurrency mines are willing to reduce their energy demand during times of great stress on the grid, then he said they could have a beneficial impact on the grid’s reliability.

Harris, the Whinstone U.S. CEO, said his company can be considered a “virtual power plant” that puts energy back into the grid during times of high demand. The company has even turned its usage off at times when it would have been more economical to continue mining. Why? Because for a heavy user of electricity like Whinstone U.S., he said, grid stability is incredibly important.

The industry’s extensive energy usage also brings environmental concerns. The advocacy group Environment Texas has opposed politicians’ efforts to promote the industry, both for power capacity concerns and because of the emissions created by producing power to sustain the miners.

Executive Director Luke Metzger noted that some industry advocates suggest they will put their companies in areas with surplus renewable energy. But, Metzger said, such excess renewable energy doesn’t exist in Texas.

“We’re very concerned about the environmental impacts of just adding such an energy intensive industry that could be taking up energy that could be used for more important purposes,” Metzger said.

Metzger also expressed concerns around electronic waste for an industry that relies so heavily on computing equipment.

Even Tesla CEO Elon Musk — a bitcoin advocate who drew applause at the summit after Cruz toasted Tesla’s recent announcement that it will move its headquarters to Austin — has had reservations. In May, Musk announced Tesla had halted purchases of its vehicles with bitcoin, citing concerns around the fossil fuels used to mine it.

But those numbers aren’t good enough, according to Benjamin A. Jones, a University of New Mexico economics professor who has researched cryptocurrency mining’s environmental impact. He pointed to a September 2020 University of Cambridge study, which estimated 39% of mining is powered by renewable energy. Jones said that figure would put Texas below the global average when it comes to renewable mining. Coal and natural gas account for 38% and 36% of power sources, respectively.

His own research, he said, found “very high” environmental and climate damages associated with mining operations at 20% to 30% renewable energy usage.

Industry leaders are set on transforming the political landscape for blockchain technology.

At the Oct. 8 summit in Austin, David Zell, head of policy and public affairs at Bitcoin Magazine, announced the launching of a super PAC dedicated to swaying public opinion on cryptocurrency.

“Bitcoin has a narrative problem,” he said.

Bratcher shared plans for a future amendment to the Texas Constitution that would allow Texans to pay property taxes in bitcoin. State Reps. Tan Parker and Gio Capriglione, both Republicans, endorsed the idea in a conversation with Bratcher at the summit.

At the summit, lawmakers and advocates even explored the idea of using blockchain technology beyond the world of finance. In addition to being used for property taxes, the technology could help secure health care records and even protect elections, they said.

"You guys are pioneers on the front lines of an extraordinarily bright new future,” Parker told the audience. “When you think about the transformational impact of the internet from 20-25 years ago, I think blockchain will have a greater impact."

In Rockdale, the impact has brought “a lot of interest in our community,” King, the mayor, said. In addition to the local labor the companies use, King said the international publicity they’ve brought now has other companies considering locating there.

“They've all been good neighbors from that standpoint,” King said. “They haven't had [a] real negative impact at all. If anything, it's been positive.”

Disclosure: The University of Texas at Austin has been a financial supporter of The Texas Tribune, a nonprofit, nonpartisan news organization that is funded in part by donations from members, foundations and corporate sponsors. Financial supporters play no role in the Tribune’s journalism. Find a complete list of them here.

Correction, Oct. 28, 2021: An earlier version of this story misquoted one of U.S. Sen. Ted Cruz’s remarks about bitcoin. He said, “Give me a horse and a gun and an open plain, and I can conquer the world” — not “open flame.”