Two men shot, injured while skating at park on North Side, SAPD says

Casar is a local lightning rod, synonymous with some of the most progressive policies in Austin, including a push to reduce the city police budget and a measure — later overturned by voters — that allowed homeless people to camp in tents throughout the city. Casar is armed with an endorsement from Democratic superstar Alexandria Ocasio-Cortez, who visited San Antonio and Austin this weekend to rally for him.

Rodriguez, on the other hand, is a longtime Democratic fixture who has steadily climbed the ranks of local and state politics — a former Travis County Democratic Party executive director who has spent the last 19 years in the state House. He lacks some of Casar’s progressive flash but is also unburdened by policies passed by the City Council that may have soured moderate Democrats and attracted powerful Republican adversaries.

The question ahead is, what kind of Democrat do voters want to send to Washington from the Texas 35th Congressional district?

There are two other competitors for the open seat, though Casar and Rodriguez are the most well known in the northern portion of the district.

“In this case, voters have two options with two different perspectives on how we should address really important issues like public safety, affordability and housing,” Travis County Democratic Party Chair Katie Naranjo said of Rodriguez and Casar. “We’re going to find out how progressive CD 35 is.”

The 35th district, currently held by Congressman Lloyd Doggett, includes East Austin, runs south along the eastern side of Interstate 35, and extends into eastern San Antonio. Doggett is running in the newly created 37th District, which came about because of Texas’ massive population growth.

From activist to council member

At age 25, Casar became the youngest person ever elected to the Austin City Council in 2014.

Casar first became enamored with Austin as a teenager, when he came to town to compete in the Texas Relays as a track star from Houston’s Strake Jesuit. After he earned his undergraduate degree at the University of Virginia, he moved to Austin to become an activist.

Next to Austin Mayor Steve Adler, Casar was the most prominent city leader in a dispute over homelessness that has consumed Austin civic life for more than two years and landed the capital city in national headlines for its handling of its unhoused population. In 2019, the council loosened the rules on homelessness, leading to tented encampments in parks, downtown and under Interstate 35.

A backlash ensued that included a political action group and by 2021, Gov. Greg Abbott and the Republican-controlled Legislature passed a bill overriding the City Council efforts in May. Earlier that month, the opposition went local, as Austinites reinstated the encampment bans.

Casar defended his efforts to lift the tent ban, saying it led to other efforts to provide funding for housing and services.

“My takeaway is if we look back a couple of years from now, and we were able to house hundreds or thousands of people that otherwise would have been under bridges and keep people safe and from dying that would otherwise die, then this was the right thing to do,” Casar said.

Rodriguez argued the encampments are not safe for the homeless or the rest of the public. He said his strategy of using state laws to expand the work of Community First! Village, a nonprofit that houses homeless individuals on campuses in Austin, is a more effective solution.

Casar also spearheaded a 2020 effort to cut $150 million from the Austin Police Department, which came amid reports of police injuring protesters who were organizing after the death of George Floyd. That move, part of a national movement by progressives to “defund the police,” again drew Abbott’s ire and was featured in Republican ads attacking Democrats. Once again, Abbott and the Legislature passed a counter measure in response.

Rodriguez points to the Republican response as his primary case against Casar, arguing that with “that style or brand of progressive, there are consequences to it.” 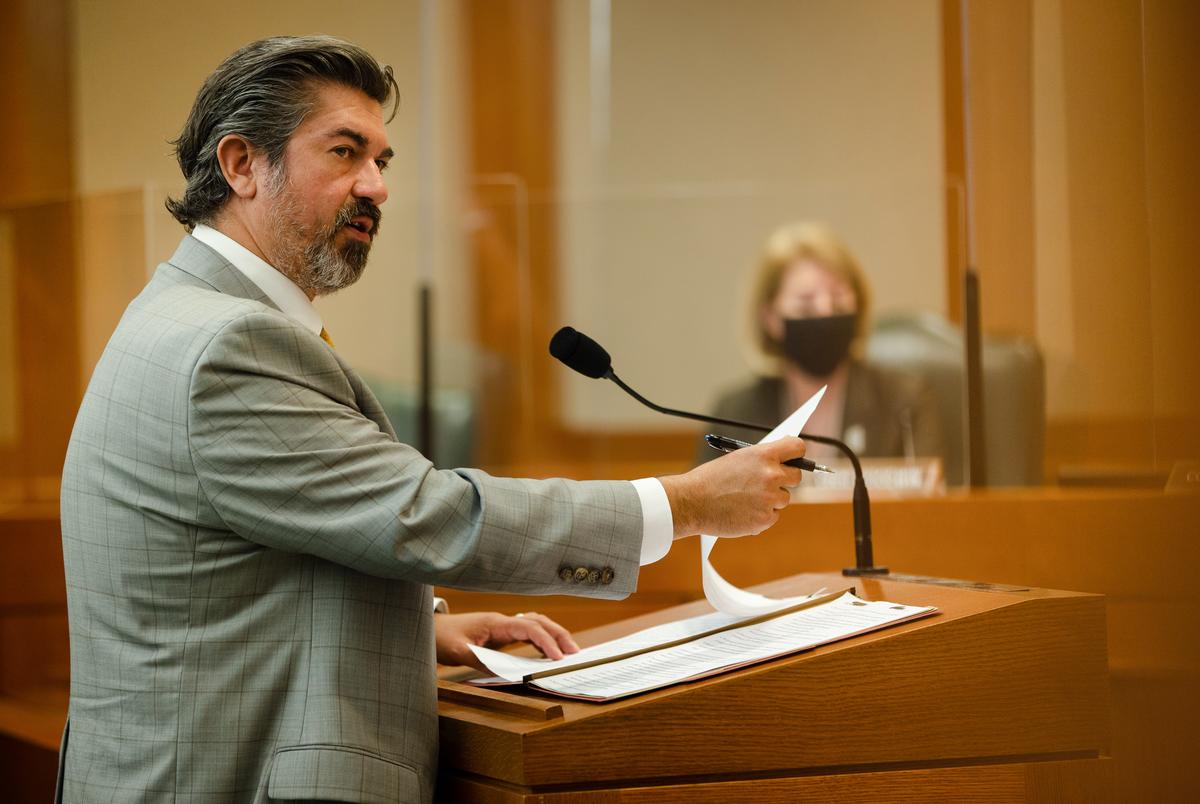 Rodriguez voted against both of those Republican bills, but said he’s frustrated that Casar and the City Council employed methods that would attract such a strong state legislative response.

“We’re here in the capital city. We’ve seen a backlash already,” Rodriguez said. “Now there’s a state law that now prohibits cities from cutting in any way the budget of law enforcement without having to go to the governor’s office and talk about why they’re doing it.”

“That was not a thing before this council did what they did,” he added.

Casar argued that because he and his allies brought the issue to the forefront, Austin innovated its emergency response apparatus, which included an option for 911 callers to seek mental health services rather than a police response.

Now as a federal candidate, he has both local and national backing, counting among his endorsers Ocasio-Cortez of New York, U.S. Sens. Elizabeth Warren and Bernie Sanders, most of the state and local unions, prominent Austinites like Adler and former state Sen. Wendy Davis, plus a slew of mostly municipal officials in Austin, San Marcos and San Antonio.

He counts himself as progressive in the mold of national figures like Ocasio-Cortez, but he also pointed to another Democrat with a growing profile, U.S. Rep. Pramila Jayapal of Washington.

In his television advertising, Casar promises to support Medicare for All, fix the power grid and pass regulations to fight global warming. He also backs a $15 dollar federal minimum wage.

“From day one, I was impressed that Greg held his positions strongly but he understands that to win you’ve got to build a coalition, and that’s really important for any Democrat,” said Matt Angle, a longtime Texas Democratic strategist who donated to Casar’s campaign.

“From the outside looking in, it sure looks like Greg is outworking Eddie,” he said.

Dean of the Travis County delegation

At the same time, Rodriguez brings his own strengths to the race.

A native of the Rio Grande Valley, Rodriguez attended the University of Texas at Austin for both his undergraduate and his law degrees. He got his political start as a former state legislature chief of staff and went on to be the top staffer at the Travis County Democratic Party.

In 2002, he was elected to the state House, just as Democrats lost control of the chamber. After 19 years in the chamber, he’s the dean of the Travis County state legislative delegation.

As part of the group of state Democrats who fled to Washington last summer in protest of the state GOP’s efforts to pass the elections restrictions law, Rodriguez had a front row seat to Congressional negotiations over the unsuccessful effort to pass the federal voting rights bill.

“I had never really thought about running for Congress, to be honest with you. … [Washington] seems somewhat dysfunctional,” he said.

But that time in Washington resonated with him, and an opportunity presented itself after the release of the new maps. He promises to continue the voting rights advocacy should he serve in Congress.

Rodriguez’s case to the voters is one of pragmatism.

“They want a progressive that actually gets things done,” Rodriguez said of district voters.

Rodriguez points to his work at expanding the children’s free breakfast program and expanding students’ opportunities to earn college credit in high school. He is currently the policy chair of the Mexican American Leadership Caucus and is a past vice chair in the organization.

The Rodriguez camp is concentrating on a direct mail campaign, and he said that his “leaner way of doing things, much more surgically” will offset Casar’s financial advantage.

“Right now, an equal number of people don’t know who any of us are that are running, that’s just a fact,” he said. “It’s about communicating my message. Right now, I really do think I’m out-communicating him.”

Both Casar and Rodriguez count Austin as their political base, but observers point to Viagran, the former San Antonio councilwoman, as a potentially strong enough contender who could force the race to a May runoff.

Despite the emphasis on Austin, the district is nearly evenly split between the two population centers, with Bexar County making up about 40% of the district. Travis County hosts 39% of constituents while Hays County is the largest of the in-between counties at 18%.

Carla Astudillo and Chris Essig contributed to this report.

Disclosure: University of Texas at Austin has been a financial supporter of The Texas Tribune, a nonprofit, nonpartisan news organization that is funded in part by donations from members, foundations and corporate sponsors. Financial supporters play no role in the Tribune's journalism. Find a complete list of them here.