Own a piece of history: Alamo battle relics up for auction on Saturday

Wednesday night's season finale of Survivor: Winners at War marked the end of an era for the series -- and the start of a new one, host Jeff Probst hopes.

The CBS competition series went above and beyond for its landmark 40th season. It brought back a cast of winners from the last 20 years, upped the gameplay and doubled the prize to $2 million, the largest in reality show history.

Old-school favorites like "Boston" Rob Marciano and Sandra Diaz-Twine declared the brutal season the start of their Survivor retirement, while new-school standouts like Natalie Anderson and new champion Tony Vlachos put themselves in a new league of Survivor players. So, what comes next?

In an interview with ET via email, Probst opens up about pulling off the season's Zoom finale, that powerful moment he confronted gender biases and the "new era" that awaits post-coronavirus.

ET: Tony told ET he was worried the finale might have been postponed until the summer given COVID-19. Was that ever a consideration? What went into deciding to have this finale over Zoom?

Jeff Probst: No, we never considered postponing the finale night! The players and the fans have invested too much in this amazing season. We were never going to make them wait. It had been scheduled for last night for months and we were committed to pulling it off. We explored lots of options for how best to do the final vote read and we came to the conclusion that Zoom was our best choice. Once we knew we were going to use Zoom, then we decided to just have it be the final three and me so that it was very intimate.

I am so impressed with Natalie, Michele and Tony for how they handled it. They had no live audience to cheer for them and no other players to support them. Just the three of them in their homes and me in my garage!

Sarah Lacina brought up an important point about gender bias on this season finale -- and you admitted to having certain biases over the 20 years you've hosted the show. Why was that important for you to own up to?

I have learned so much from watching people play this game for 20 years and when Sarah brought up gender bias it was a beautiful opportunity for me to acknowledge my own history of unintended bias. I am married to a powerful and amazing woman, I am a dad to a 14-year-old daughter, and I want to be a source of inspiration to young girls and young women who watch Survivor.

Production has been postponed for seasons 41 and 42, but you teased on the finale that you've got some fun ideas. What are those ideas, and what and where do plans for production stand?

Great question but if I answer it then I'm giving it all away! I can tell you that we were fully prepared to shoot 41 and 42. We have an entire slate of creative ready to go. I just wanted fans to understand that even though we haven't shot 41 yet... we are ready to go the minute we get the green light that it's safe to shoot again. Like most TV and movies, we are playing it day by day.

Season 40 was the most epic season of Survivor ever. How are you going to top it?

With every new season of Survivor, we always ask ourselves the same question, 'What should we try next?'  We have some fun ideas we want to try! Season 40 was our Super Bowl. When we return for 41 it will be with a new idea and hopefully birth the dawn of a new era!

This season marked Survivor retirement for a lot of players. Are there one or two that you'd love to see come back for yet another round?

Season 40 was so emotional and so draining that I wouldn't be surprised if a couple of those who retired might reconsider a year or two down the road. I know some of them are done for good, but I think there might be a little bit of hope for someone like Jeremy [Collins], Tyson [Apostol], Natalie or Sarah. Honestly, I'd take any of them back. These are the best of the best!

'Survivor: Winners at War': The Most Emotional Moments From the Finale 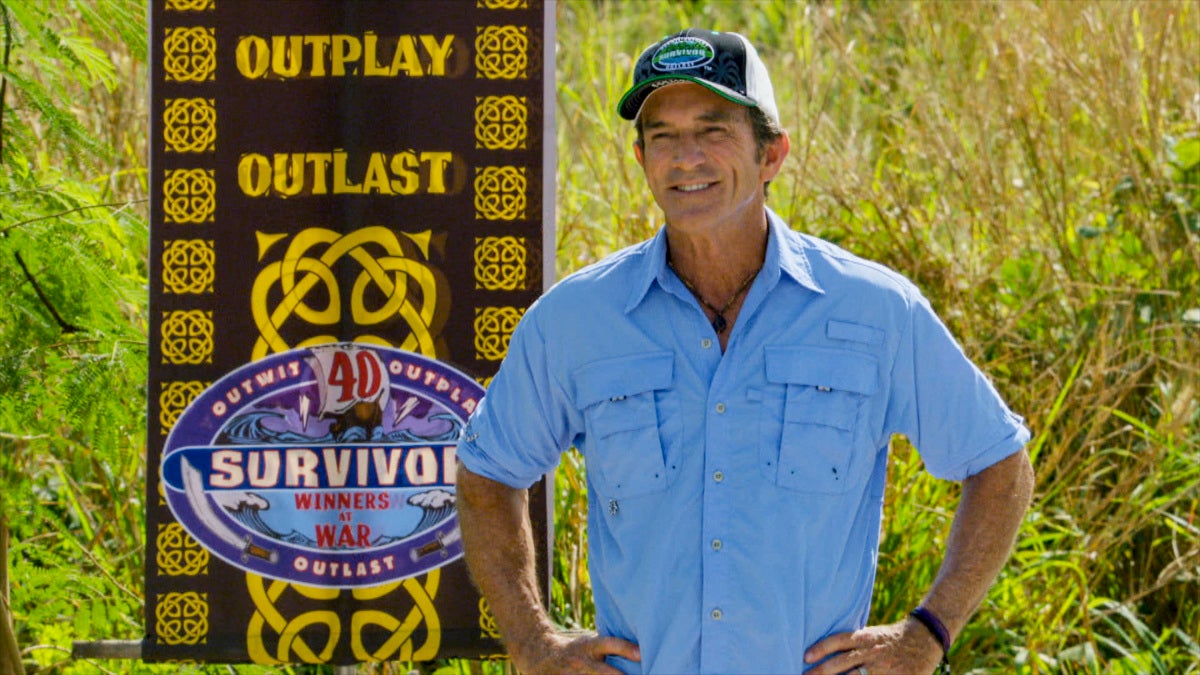