‘A Chucky doll in a dog’s body’: Adoption ad for chihuahua goes viral on social media

Gabriel Iglesias is coming to San Antonio this summer

Lele Pons is setting the record straight on exactly what's going on between her and Twan Kuyper.

The social media stars and frequent collaborators have had fans speculating about their relationship status for months. They've kissed in videos, jokingly gotten married, and made videos about having kids together. But as Pons told ET's Deidre Behar, it's all for fun.

"Honestly I'm telling you right now, I have asked him, 'What if we just become a fake couple?' Because I feel like we're making everybody go crazy,'" Pons said. "He was like, 'We can't do that. Lele, we can't.'"

Pons is into more of the Hugh Jackman type, she explained. "Just like, tough men... tan, black hair, beard," she described. "Twan is like Prince Charming and I need a gladiator."

Asked if she was setting the record straight, "I am," Pons declared, insisting her and Kuyper's relationship is strictly professional.

When you secretly like your best friend 😂😩😳 @twan (tag a friend)

Entertaining fans is what Pons does best -- and she's continued to do so while quarantining at her home in Los Angeles. She's constantly posting on Instagram and TikTok, which she admitted has kept her pretty busy.

"It's a little hard because there's not much to do in an apartment," she confessed, adding that after three years in her place, she's done "everything I could." "Sometimes and I need to go outside and have friends, but I've been good so far."

"The beautiful thing about TikTok is there are so many people that are so talented, and they actually blow up... there's people that might only have two followers, but their videos go viral. You don't have to have followers to be big," Pons shared. "I think it's cool that everyone's doing trends together... I think it's great."

For Pons, TikTok is all about dancing, while Instagram requires a little more creativity. "Insta I would do thought-out skits and acting, so this is more authentic, what's going on right now," she said.

On Tuesday, Pons launches a new project, The Secret Life of Lele Pons. The YouTube documentary chronicles her struggle with obsessive-compulsive disorder.

"I'm someone that has always tried to be someone else on social media, like super positive, 'Everything's perfect. I have the perfect life,'" Pons expressed. "I think it was about time [to share my story], now that I'm not ashamed and embarrassed about having OCD."

In telling her story, Pons hopes to inspire others and help them feel less alone, "which is something we all need right now," she says.

The Secret Life of Lele Pons premieres Tuesday on YouTube. See more on Pons in the video below.

Lele Pons Runs All Her Instagrams By Her Team Before Posting! (Exclusive) 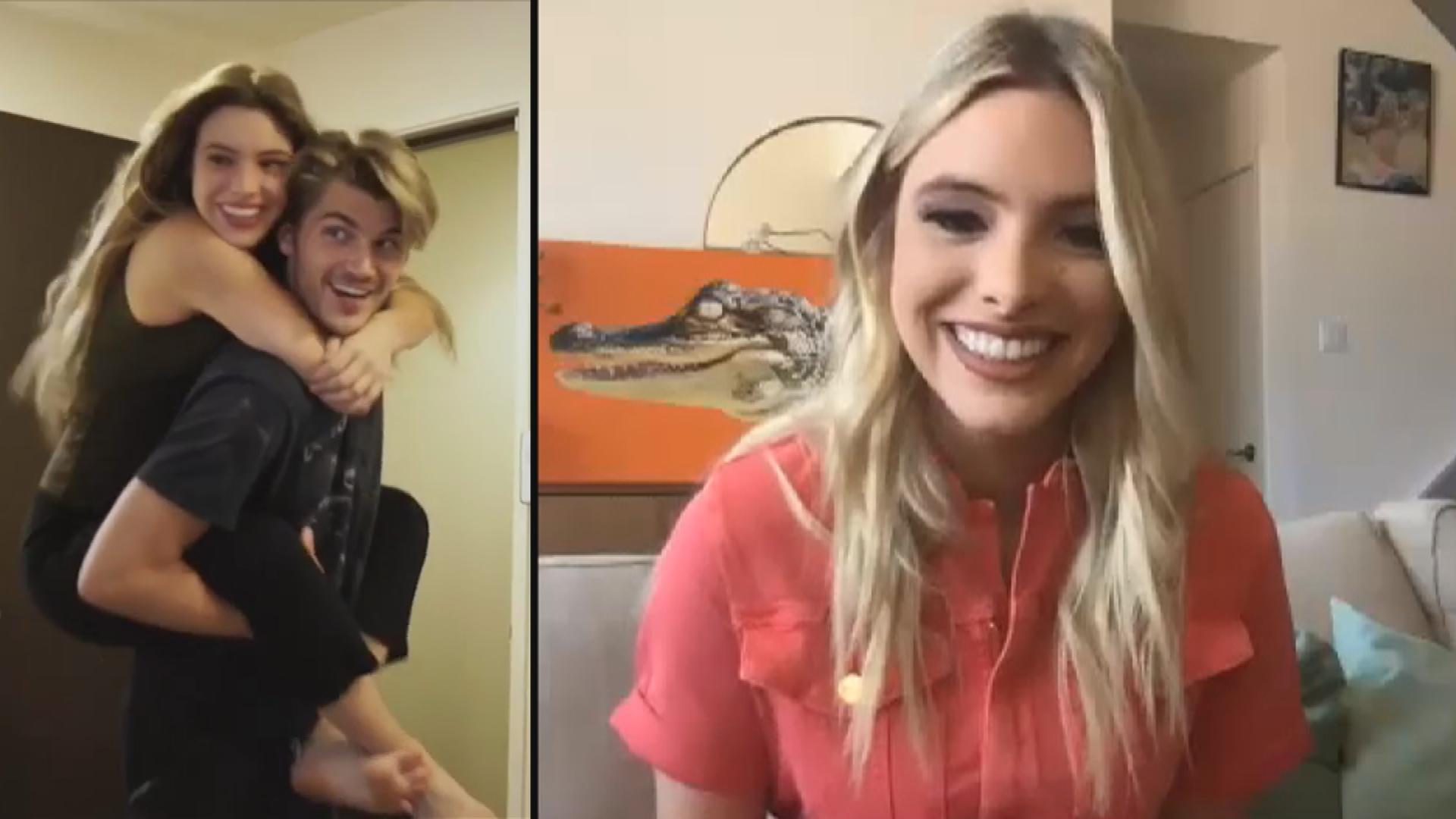