Man, 65, killed while crossing the street on city’s South Side, police say

Juliette Porter is weighing in on what kind of father her ex, Alex Kompo, will be and whether his romance with newborn daughter Alessi’s mom, Alyssa Salerno, will last. The Siesta Key star and her castmates discussed Kompo's new life as a dad, with Porter candidly sharing both her doubts and hopes for his future.

“I think that he will be a great father. He loves kids,” Porter told ET’s Katie Krause. “I just wonder [if] he may not be fully available as a father should be, because that's a full-time job if you want to do it properly, and I would be interested to see if he really does commit. I don't know if he's going to completely commit to [Salerno] -- I don't think he will.”

“I don't [think the relationship will last],” Porter continued. “I know that he never wanted to date in the first place. He didn't want to be in a relationship. Him and I just got out of a relationship [and] it's not healthy to jump back into something, let alone have a baby with a person you've been dating for a couple months. Whether they're in love now, I don't know, but I don't think he's ready to settle down.”

Kompo announced the pregnancy in an Instagram post last Christmas. The news came as a shock to viewers due to Kompo and Porter's on-again, off-again relationship being a focal point of the Florida-based reality series for the past two seasons.

While Porter may not think Kompo is ready to settle down, she hopes that fatherhood could transform him positively and said that the most important factor is whether he’s a good parent.

“I really, really hope that he will be,” she said. “I think he loves his daughter with everything he has, but it's more than just love -- you have to be there as a parent, so I'm really interested to see that.”

“I hope that this will be one of the changing factors in his life,” she added. “I feel like he needed to shift [in] where he was focusing on in life, and I hope it makes him change. His daughter could be one of the best things that will ever happen to him, so I'm really hoping that maybe he's no longer going to be the person that he used to be.”

“It's definitely going to be the biggest test to any relationship ever, so if they work, great,” Hausburg said. “If they don't, I think that's okay too. Co-parenting is very doable these days, and I think both of them are going to be amazing parents.”

Added Garrett Miller: “Having a baby will be a huge impact on his life. [It will] definitely make him grow a lot quicker, and I think it'll help him settle down more.”

The most incredible moment of my life... Is when I met you Alessi💗😍xoxo

While growth seems to be a common theme when it comes to how the stars of Siesta Key hope fatherhood will impact Kompo, Chloe Trautman laughed that there’s “zero growth” from him in coming episodes of the MTV series. She believes Alessi will help him with “a lot of growing” that he has ahead of him.

Trautman added that the fate of Kompo and Salerno’s relationship depended on “whether she wants to put up with him cheating or not,” adding that the new dad would “cheat on whoever he’s with for a very long time.”

As for how things will play out on the show, Miller shared that viewers will get to see Salerno's family put Kompo "through the wringer.”

“It wasn't very fair,” Porter said. “It wasn't nice. I pulled a total mean girl move and I wish I could change the way all that happened, but I was pushed to the edge. I had given him ample opportunity to do the right thing, and he kept manipulating and lying and trying to pretend that he had never done anything wrong, and I got to the point where I was not okay with it.”

“I think I projected my anger towards him on her, and that wasn't fair, but everything happened really fast, and you're going to see that tomorrow,” she added. “And after that, everything starts to change when you find out she was having a baby. My actions were not good though.” 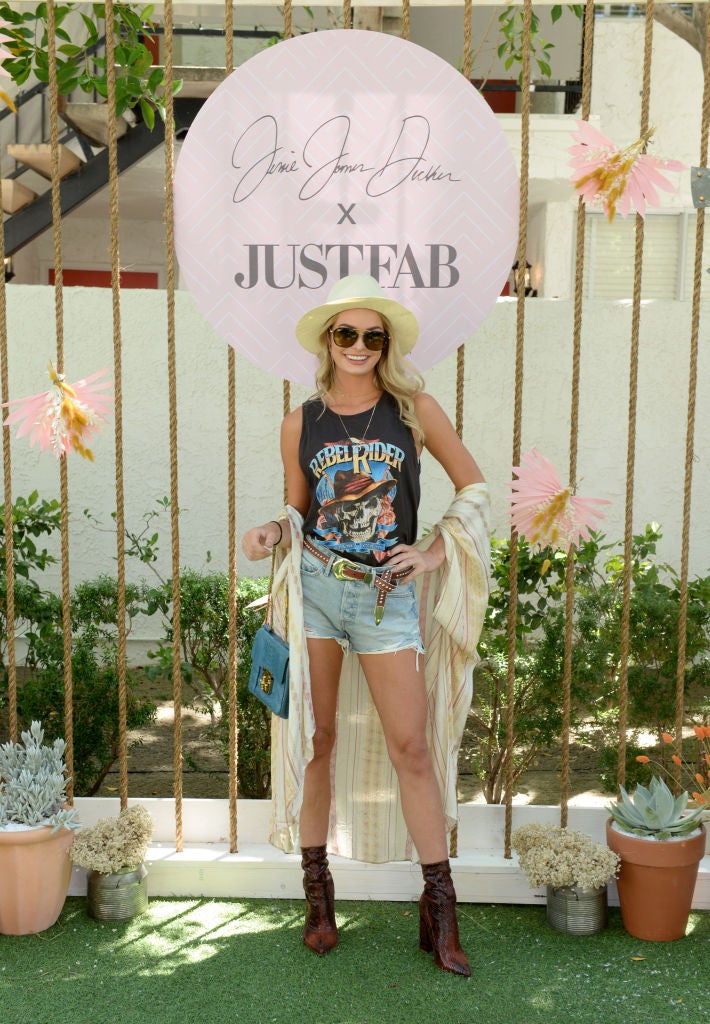