SAPD searching for suspect, crime scene after stabbing on SE Side

WASHINGTON — Texas Republican U.S. Sens. John Cornyn and Ted Cruz are poised to vote against the confirmation of Judge Ketanji Brown Jackson to the U.S. Supreme Court following the conclusion of a multiday hearing on the historic nomination.

Jackson would be the first Black woman on the country’s highest court in its more than 230-year history — a fact that Cruz has called “inspirational” and Cornyn has called “long overdue.”

Democrats hold a slim 50-50 majority in the upper chamber and are expected to come together to confirm Jackson. A few Republicans may also give Jackson the nod, but Vice President Kamala Harris is able to break a tie in her favor if necessary.

Cruz told Fox News on Wednesday evening that he would not vote for Jackson. On Tuesday evening, Cornyn told NBC News that while he was undecided at the time, he was leaning toward “no.” A spokesperson for Cornyn did not have additional comment on Thursday.

Jackson has myriad experience in law and spent nine years working as a judge. She currently sits on the U.S. Circuit Court of Appeals for the D.C. Circuit, a common bench regarded as the nation’s second most powerful court that Supreme Court picks often come from.

Previously, Jackson was a U.S. District Court judge, vice chair of the U.S. Sentencing Commission and a federal public defender. She holds undergraduate and law degrees from Harvard University.

The two Texas senators both sit on the Senate Judiciary Committee, which hosted the hearing featuring two marathon days of questioning between members and the nominee. The hearing began on Monday and wrapped up Thursday with testimony from the American Bar Association — which gave Jackson its highest qualification review for a judicial nominee — and witnesses for Democrats and Republicans on the committee.

The committee is slated to vote on Jackson’s nomination April 4, barring any delays — which so far seem unlikely, according to some Republicans on the committee. Democratic leaders say they expect the chamber to confirm Jackson by April 8.

“We ought to demand a justice who will defend our constitutional rights: free speech, religious liberty, the Second Amendment,” Cruz said on Fox News. “There’s no indication she’d do that.”

Cruz, who was classmates with Jackson at Harvard Law School in the 1990s, caught heat from Democrats accusing him of performing for the television cameras for his behavior during his time questioning Jackson. During his allotted time, Cruz scrutinized Jackson over the teaching of race, which he labels “critical race theory,” as well as her sentencing record as a trial judge that several Republicans have raised to argue that she is soft on crime.

Fact checkers have asserted that the Republicans’ comments are misleading and Jackson’s record is not out of the ordinary. Although Jackson’s sentences were generally below guidelines and prosecutor recommendations, judges routinely issue sentences in the same manner. Several law professors say her record is relatively mainstream.

Texas’ junior senator has been at odds with the high court nomination from the time the vacancy Jackson would fill opened, as he criticized President Joe Biden’s promise to nominate a Black woman to the court and called it “offensive.” Cruz is the only senator who has not voted for any of Biden’s judicial nominees.

Civil rights advocates say the nomination of Jackson as a Black woman is long overdue and helps affirm the nation’s values of equality under the law. 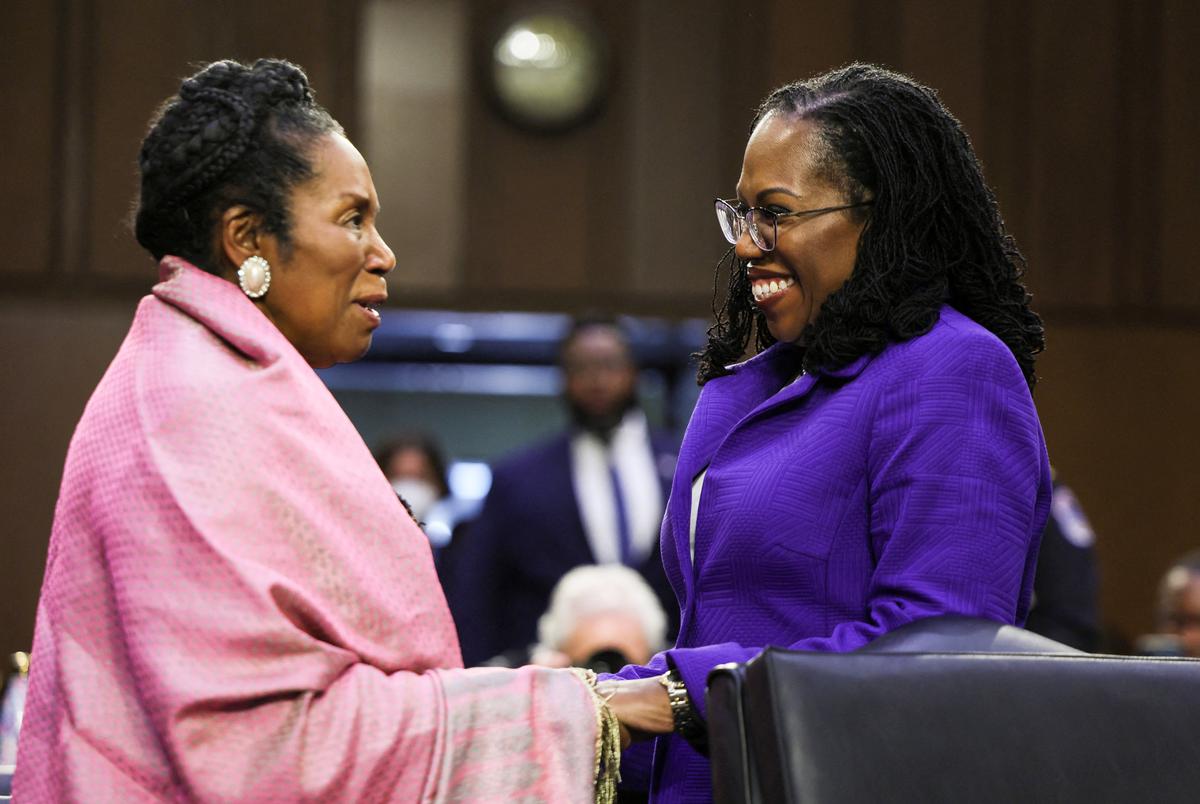 On an Austin talk radio show Thursday morning, Cornyn said Jackson did not answer her questions during the nomination hearing.

“It’s amazing to me how people can look you in the eye and then just tell you things that are not true or play dumb and act like they don’t know what you’re talking about,” Cornyn said.

Throughout the hearing, Jackson declined to comment on multiple matters with political implications — such as “packing” of the Supreme Court — reasoning that she could not comment on on hypotheticals or on topics that are currently being arbitrated in the judicial system.

Such nonresponses are typical for judicial nominees, who are not supposed to espouse personal views or indicate how they may rule on certain cases as a matter of ethics.

Cornyn’s questioning stuck more to legal questions than his state counterpart. He has been vocal about his wishes to learn more about Jackson’s judicial philosophy. During his time, Cornyn asked Jackson about the landmark rulings that legalized gay marriage and abortion.

But Cornyn also made multiple attempts to argue that Jackson called former President George W. Bush and former Secretary of Defense Donald Rumsfeld “war criminals.” The reference comes from when Jackson, in her role as a public defender, worked with Guantánamo Bay detainees.

Habeas corpus petitions she assisted in filing argued the government had allegedly committed “war crimes” in torturing and detaining the clients. Bush and Rumsfeld were named as respondents to the petition.

Democrats pushed back on the line of questioning. According to The New York Times, the filed petitions followed a general format, and lawyers across the country have used identical language to advocate for their clients on similar issues.

Cornyn argued that no difference existed between calling someone a “war criminal” and saying that they had committed “war crimes.”

Both of the Texas senators opposed Jackson’s nomination to her current appellate position.

Disclosure: New York Times has been a financial supporter of The Texas Tribune, a nonprofit, nonpartisan news organization that is funded in part by donations from members, foundations and corporate sponsors. Financial supporters play no role in the Tribune's journalism. Find a complete list of them here.