Face masks have gone from basic necessities to fashion accessories

SAPD: Woman found shot on side of road, gunman at large

Ben Higgins and Jessica Clarke are saving a few firsts until after they've tied the knot. The couple got engaged in March, but are waiting to move in together until they get married... even if that's not until fall 2021.

"It's going to be a year long distance," Higgins said in an interview with ET's Lauren Zima on Monday. "It's really tough."

Clarke is starting school in her hometown of Nashville, Tennessee, to become an esthetician, while Higgins' life and work is in Denver, Colorado. The pair has been long distance since the start of their relationship in 2018.

"It's a choice we made at the beginning to try to do this in the healthiest of ways. A year of long distance sounds daunting when you don't add in the fact that most weeks we're going to still be together somewhere ... we're not just FaceTiming for a year. But we want to do this in the healthiest way possible," Higgins said. "We've made that commitment. We're going to try to stick to that."

Happy 25th birthday @jessclarke_ ! Your smile lights up a room and your care for others brings joy to this world. You are the most beautiful and I am lucky to spend my life with you! (Ps: I really think she would enjoy hanging from my back like this all the time if she could)

Higgins and Clarke are also waiting to have sex -- and share a bed -- until marriage. The former Bachelor made that reveal during a recent appearance on Nick Viall's podcast. Clarke didn't know he would share that aspect of their relationship ahead of time, but "she's pretty good" with Higgins being open about their romance. "I mean, it's something we're not ashamed of," Higgins reasoned.

"And it's not even just, like, a faith-based decision. Jess and I both are firm believers in Jesus, but this was her dream. It's a standard she held for so long," he added. "Obviously I haven't fully made that decision, but I want to respect that she has. And even if we maybe disagree on it, I want to support my love, and so I'm doing it and she's doing it and it's going well."

However, Higgins also noted that he and Clarke made these commitments for their relationship before the coronavirus pandemic existed, and pushed their wedding date to the end of 2021. "We made that commitment long before we thought we'd have a year-and-a-half engagement," he said with a laugh. "So, we're still sticking to it, I wanna be clear right now. But we could use some support."

Higgins said he and Clarke could end up spending a month in each other's cities before their "formal" move-in after their wedding. But as far as making their long-distance relationship work, he has two secrets to success.

"One is the hard one. We never leave each other expressing sadness. So, if we're a day out from her flying out or a day out from me flying out, I'll never be like, 'I'm so sad to leave.' ... When we leave, it's like, 'Hey, I'm excited to see you again.' It keeps a little bit more of a joy to us coming back together," he explained. "The second rule that we have is we never leave each other without having a date planned to see each other again, so we always have something to look forward to... those two things have helped a lot and they've really been a core thing for us in our relationship."

Higgins and Clarke don't have an exact date set to tie the knot, but know it will be in October or November of 2021. They didn't want to deal with the stress of planning a wedding amid a pandemic, and decided to wait and exchange vows until Clarke's brother -- who plays professional baseball -- is done with his season and able to attend.

"We don't have an exact date, but we will get married in Nashville," Higgins revealed.

"We're super pumped about the wedding," he gushed.

The Bachelor: The Greatest Seasons -- Ever! airs Mondays at 8 p.m. ET/PT on ABC. See more on Higgins in the video below. 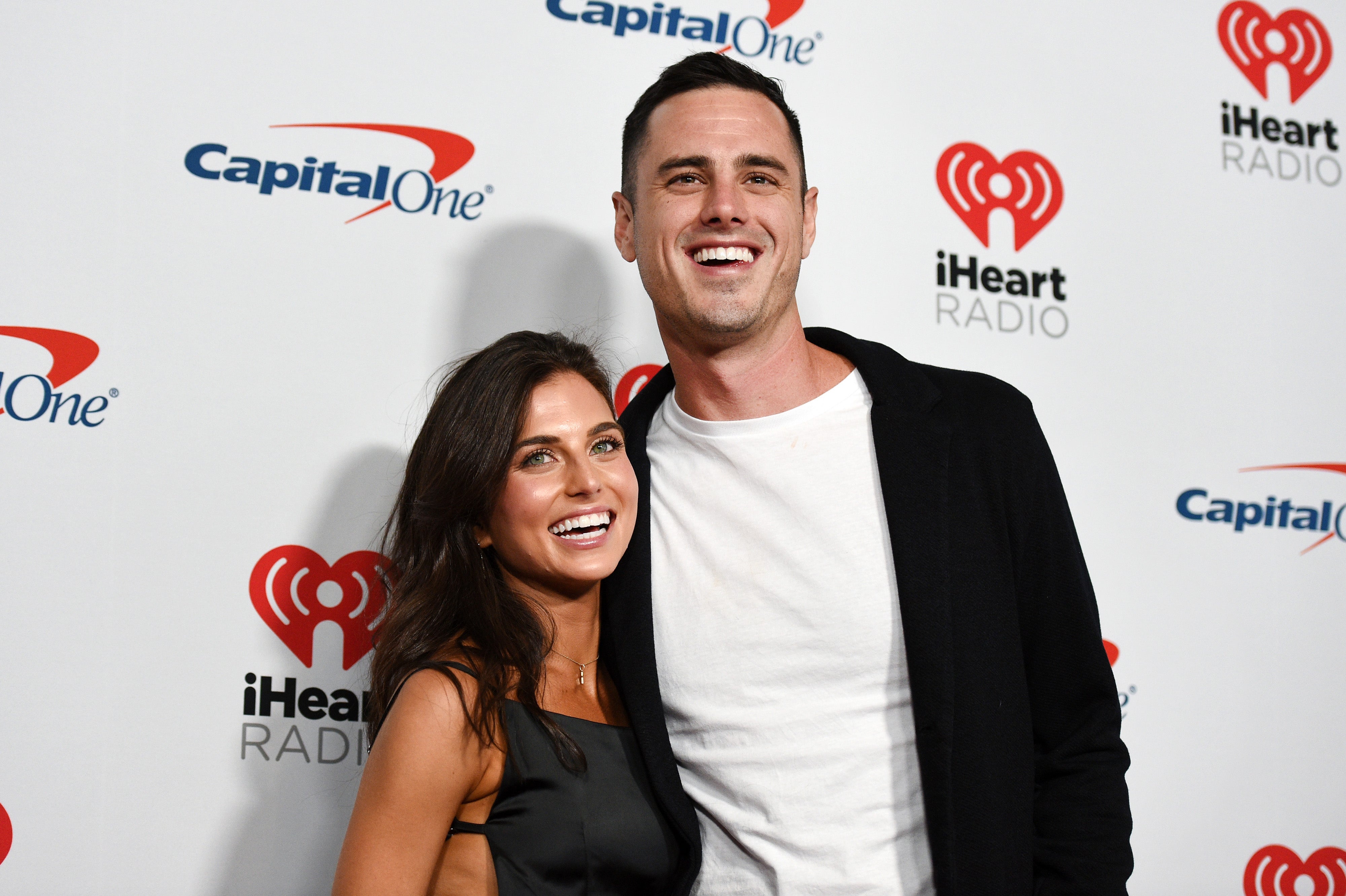