Local news from around South Texas from KSAT12

Authorities on Thursday night fatally shot a convicted murderer who escaped a prison bus nearly three weeks ago and later killed a family of five, including three children, while on the lam.

Gonzalo Lopez, 46, was killed by law enforcement in Jourdanton, about 35 miles south of San Antonio, according to Jason Clark, a spokesperson for the Texas Department of Criminal Justice. No officers were injured, he said in a statement.

Lopez had been in hiding since his escape last month. Authorities tracked him down Thursday after a person called police to report they were worried about a relative they hadn’t heard from, according to The Associated Press.

Police went to check on the relative and found him dead along with his four grandchildren at a rural cabin in Centerville in Leon County. They say Lopez killed the family, taking a rifle, handgun and truck from the property, the Houston Chronicle reported. 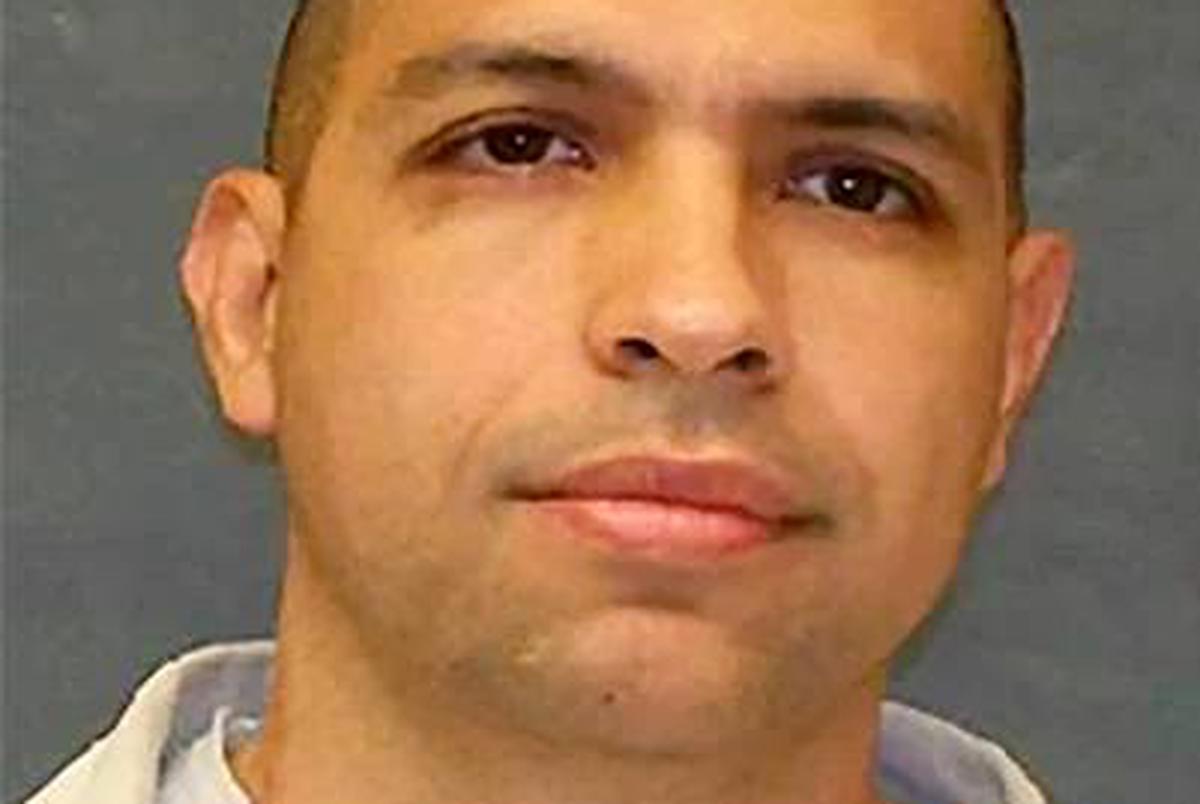 Gonzalo Lopez escaped from a prison bus in Webb County on May 12. Credit: TDCJ

Law enforcement located the truck Thursday night, disabled it with spike strips and exchanged gunfire with Lopez before fatally striking him.

Lopez was sentenced to life in prison in 2006 after he was convicted of capital murder in the 2005 death of José Guadalupe Ramirez. According to court records, Lopez confessed to police that he killed the man on an order from the Mexican Mafia, a criminal organization that controls several street and prison gangs. Lopez was later given another life sentence for attempted capital murder during a 2004 car chase in Webb County. A court ruling said Lopez was the passenger in a car when the driver fled during an attempted traffic stop. Law enforcement officers said they were shot at from the driver’s side of the vehicle.

Lopez’s unusual escape and manhunt had law enforcement scrambling to locate him for two and a half weeks, despite multiple agencies pursuing him shortly after his escape.

On May 12, Lopez was aboard a bus traveling to a medical appointment alongside 15 other prisoners and two veteran prison officers. Lopez was somehow able to remove his handcuffs, use a sharp object to cut through the metal door separating the prisoners from the driver and crawl into the driver’s section. There, a fight broke out and Lopez stabbed the bus driver with the sharp object, causing the bus to stop.

The officer and Lopez got off the bus, and the second officer shortly followed. The inmate then ran back aboard the bus — now with no guards on board — and drove off, leaving the officers behind. They fired at the bus, hitting a tire and causing Lopez to wreck the vehicle after about a mile. From there, he fled into the woods and evaded law enforcement.

Officials couldn’t explain how Lopez was able to free himself from his handcuffs and what sharp object he used to cut through the barrier. TDCJ is still investigating.

“The agency is conducting a serious incident review surrounding the circumstances of the escape. We will make any changes to prevent an escape like this from happening again,” Clark said in a statement. “TDCJ appreciates the help of law enforcement in finding the escapee and ending this manhunt before Lopez could cause any further bloodshed.”

Prison officers, state troopers and local law enforcement swarmed Leon County, using horses, dogs and helicopters equipped with thermal imaging in an attempt to locate Lopez. Lopez was put on the state’s most-wanted list with a $50,000 reward for information.