Man, 55, in critical condition after shooting on Northwest Side, San Antonio police say

Saturday seminar to teach participants how to run, hide or fight in active shooter scene

Pete Davidson is used to making fun of himself -- whether it's peppering an interview with self-deprecating jokes or shrugging his way through good-natured anecdotes about drugs and therapy at Saturday Night Live'sWeekend Update desk. But in The King of Staten Island, things are getting a little more serious.

The 26-year-old comedian cowrote the semiautobiographical film with pal Dave Sirus and director Judd Apatow, and recently told ET that making the movie was a cathartic experience for him, personally and professionally.

"I kind of feel a little bit misunderstood," he admitted, "and I feel like, it's a really tricky situation, but I think what Judd and I and Dave Sirus did, I think hopefully it'll get that point across better."

"It's a love letter to pretty much my whole family," he added. "My mom, sister and my dad."

Davidson's father, Scott, was a New York City firefighter who died in service on Sept. 11, 2001, when he was just 7 years old. In The King of Staten Island, he plays Scott, a stoner and slacker who also lost his firefighter dad at the same age.

"I think having to, you know, deal with that sort of thing at such a great scale really helped me heal," the comedian said of playing out a fictionalized version of his life in the movie. "It really made me think that I could put this behind me now, because we like, went through it all together, so I really feel a lot better and I hope some other people can also relate to that."

The SNL star has been open about his struggles with mental health, and he said he hopes Scott's journey toward healing -- which mirrors his own, in a way -- is helpful to any viewers going through a similar experience.

"A lot of people struggle, and I think, you know, watching Scott go through this and find a way to heal through a tragedy is important," he noted. "We don't see enough of that, so I think we did a good job of that."

As for his real-life healing process, in addition to making this movie, Davidson recommends "therapy. Lots of therapy."

"My therapists are really on the ball, and I'm very lucky to have them in my life," he said candidly. "I recommend that everybody go to therapy."

In the film, Marisa Tomei plays Scott's mother, Margie, a tribute to Davidson's own mom, Amy. Margie admitting to her son that she's starting to date again -- with another fireman, no less -- leads to some tension in the family, though Davidson said that detail of the script wasn't pulled from his real life. In fact, it was meant as motivation.

"I always encouraged her to date, but she's so particular about me and my sister and taking care of us," he shared of his mom. "We made this movie as a way to be like, you know, It would be OK if you got yourself out there and made yourself happy."

What likely made his mother even happier was being able to screen The King of Staten Island for the first time. "She really loved it," Davidson said earnestly. "It really meant a lot to me and I think we made her proud."

In fact, the movie was even more of a family affair than some fans might realize. Davidson was also able to cast his real-life sister, Casey, and his grandfather in the film, noting that, "Grandpa killed it."

"He loved it," the proud grandson raved. "He is a big fan of movies and he's the guy who got me into movies. We used to make a lot of films at home, so just to be able to put him into something really was awesome."

As for what his late father would think of the film, Davidson took a moment and mused, "I think he would get a kick out of it. I think he'd be really proud and he would wonder why he wasn't in the movie."

The King of Staten Island is available On Demand on June 12. 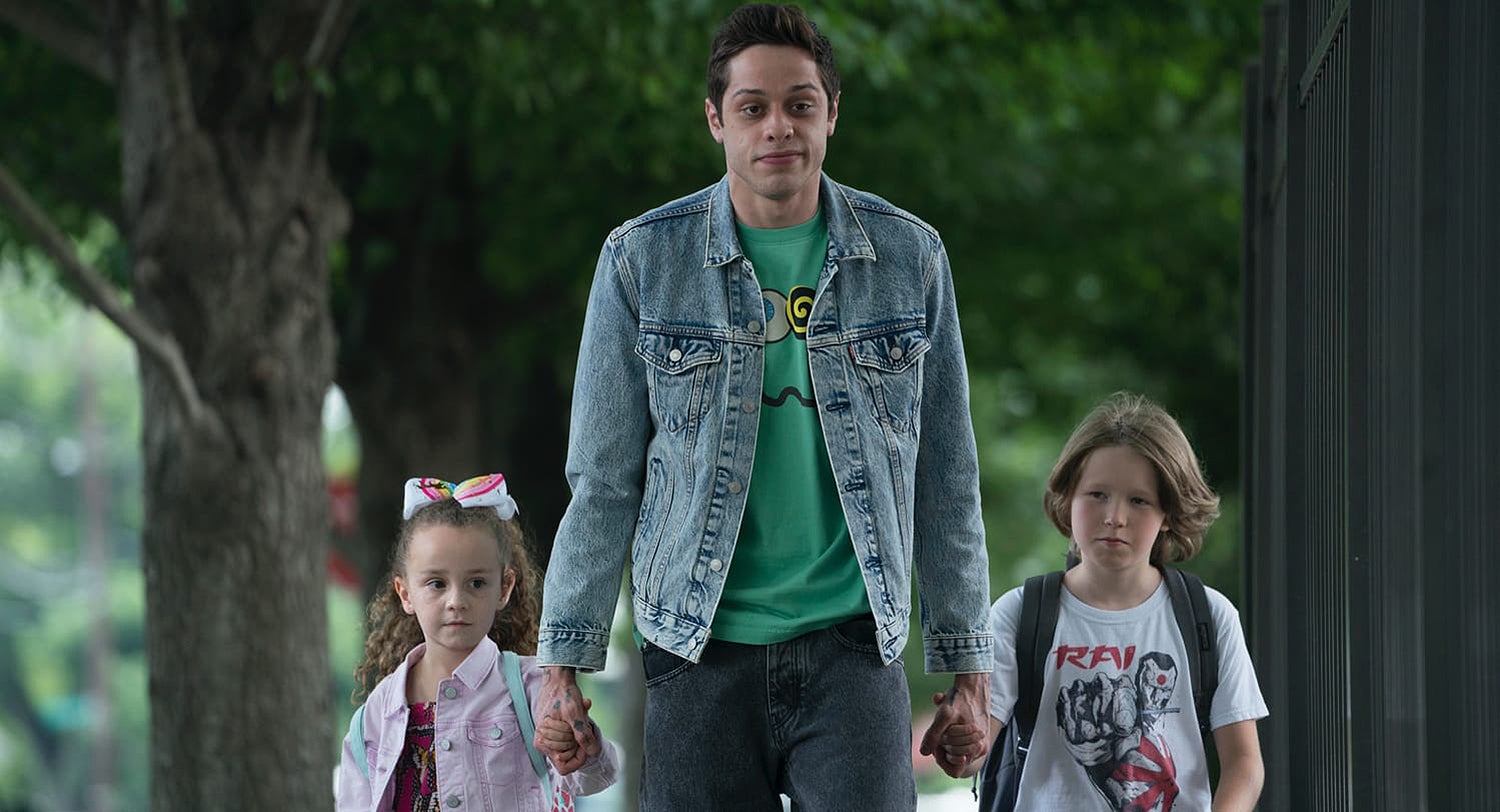