The following article contains spoilers for episode 415 of The Bold Type, "Love."

Don't expect a tidy conclusion when you tune in to the final episode of The Bold Type's fourth season next week. Katie Stevens recently told ET that the Freeform series' shutdown due to the coronavirus pandemic meant that they weren't able to film the final two episodes of the season, a fact that will leave a lot of characters' stories up in the air indefinitely, as it has yet to be renewed for season 5.

"It’s hard because we were gonna see more of how it would play out and unfortunately we had to cut it short because of COVID," Stevens tells ET. "So we won’t really see the resolve or whatever the end is gonna be for all of these people like we would’ve if we had those two episodes."

"I think we’re dealing with heavier stuff life-wise for all of these girls and things they’re having to face within themselves and within the outside world," she adds. "So I think that it’s definitely different for The Bold Type 'cause we normally see some things wrapped up in a bow, which we won’t get, I don’t think, this season."

The fact that there's no clear conclusion, though, is actually more reflective of reality, Stevens notes.

"It’s going to require some frustration and patience from everybody watching, but I think that’s the point," she says. "Things aren’t easy and things don’t go the way we planned. What we want out of life sometimes doesn’t line up with what’s happening. I think all of the girls are dealing with that."

Though fans can't expect everything to be wrapped up in the episode that will now serve as the finale, there is still a lot of story to look forward to in the remaining hour.

"You’re definitely going to see them continue to battle up against their own deal breakers and figure out actually what they want and to have to listen to what’s going on in their hearts," Stevens says. "I think it’s hard because these are all difficult conversations they’re having to have and it’s all really relevant to what we’re going through right now in the world."

Stevens goes on to address each of the characters' specific dilemmas, beginning with Sutton and Richard.

"How do you face something you always thought you wanted but now you don’t want anymore? And how do you have that conversation with your husband and with your partner?" Stevens questions.

Then there's Kat, whose new relationship with Ava isn't exactly the most popular one on the show.

"We read Twitter and we see what everybody’s saying and obviously it’s a little touchy right now to have Kat with a conservative Republican white woman when she was just in a relationship with Adena (Nikohl Boosheri)," Stevens admits. "But I do think this is all part of a greater story that the writers want to tell."

Meanwhile, Jane, who, in addition to learning more about Kat and Ava's relationship, will begin to face an important question: "Can you have the work-life balance?"

"You’re going to see Jane step into more of her bossness. Now that [Jacqueline] (Melora Hardin) wants to spend more time with Ian (Gildart Jackson), she’s going to be leaning on Jane a little more," Stevens explains. "[Jane] wants to be the next Jacqueline and she wants to be a boss and she also wants to be in love and it’s like… you have to make a decision about which of those are more important, which is a really hard thing to do."

Despite the tough decisions that await Jane, Stevens is thrilled that her character's next relationship has more depth than her last one.

"I really am happy because I think Scott is so different from her relationship with Pinstripe (Dan Jeannotte)," Stevens says, before referencing the fact that both Jane and Scott have dealt with a parent's death.

"I think that it just gives another dynamic, because I think that was always something that was lacking in her relationship with Pinstripe. She wanted to let him in, but he wouldn’t get in," she says. "We’re not going to see really what’s going to transpire between Scott and Jane too much further since we only have one episode left. But if we hopefully get a season 5 and we get to continue to tell these stories, I’m really interested in the push-pull of will she, won’t she, now that she feels seen by somebody in this new way."

Though her relationship with Pinstripe wasn't perfect, that doesn't mean Jane has completely moved on. "When you think that you’re with the person you’re going to marry and then that doesn’t work out, that’s not something that you get over," Stevens notes.

"I’m interested to see in another season if we’ll see her dealing with that more now that she’s kind of taking control over how she feels about her body and she’s wanting to move forward from that," she adds of Jane and Pinstripe's breakup. "What is that going to leave her with in terms of now having to deal with these other feelings that she’s been burying? Hopefully we’ll get to touch more on that."

Even with all its relationship woes, at its core, The Bold Type is a show about female friendship.

"It’s a bond that can’t be broken. Your friendships are the people that are with you regardless of if you’re in a relationship or regardless of what happens," Stevens says. "Your friends are supposed to be the people that are there for you no matter what. I’m thankful in my real life, I’ve been best friends with the same two girls since I was six years old. They’ve seen me through every phase, every breakup, every awkward moment. If we lived in the same place, if anybody was going through anything, we would drop whatever we were doing to be there for each other."

"I think that’s so true to a lot of female friendships and I feel like that’s not always showcased a lot on television. But I think that it’s so important," she continues. "That’s something that everybody loves about our show, is that no matter what, these girls are never backstabbing each other, they’re never betraying each other. They’re just always there for one another and loving each other. I think that’s really the core value of our show and I love that ‘cause that is true to my friendships in real life and it’s nice to see that reflected."

The values, friendships and love displayed on the series have made it a favorite for people to turn to amid the dark circumstances in the world.

"Right now with everything going on in the world, I think people just want to feel seen. I think that that’s so important. And I think that people really do see themselves in Jane, Kat and Sutton," Stevens says. "I think our show, it inspires me every day, but the most rewarding thing is that it is inspiring others."

"I’m so happy that it can be an escape. Me and the girls always talk about how sometimes watching the show feels like a warm hug," she adds. "And in a time where we can’t touch each other, I’m happy that our show can be the thing that wraps its arms around everybody, and loves on everybody, and gives everybody that kind of warmth and joy and escapism that they need right now."

The final episode of The Bold Type's fourth season will air Thursday, July 16 on Freeform. 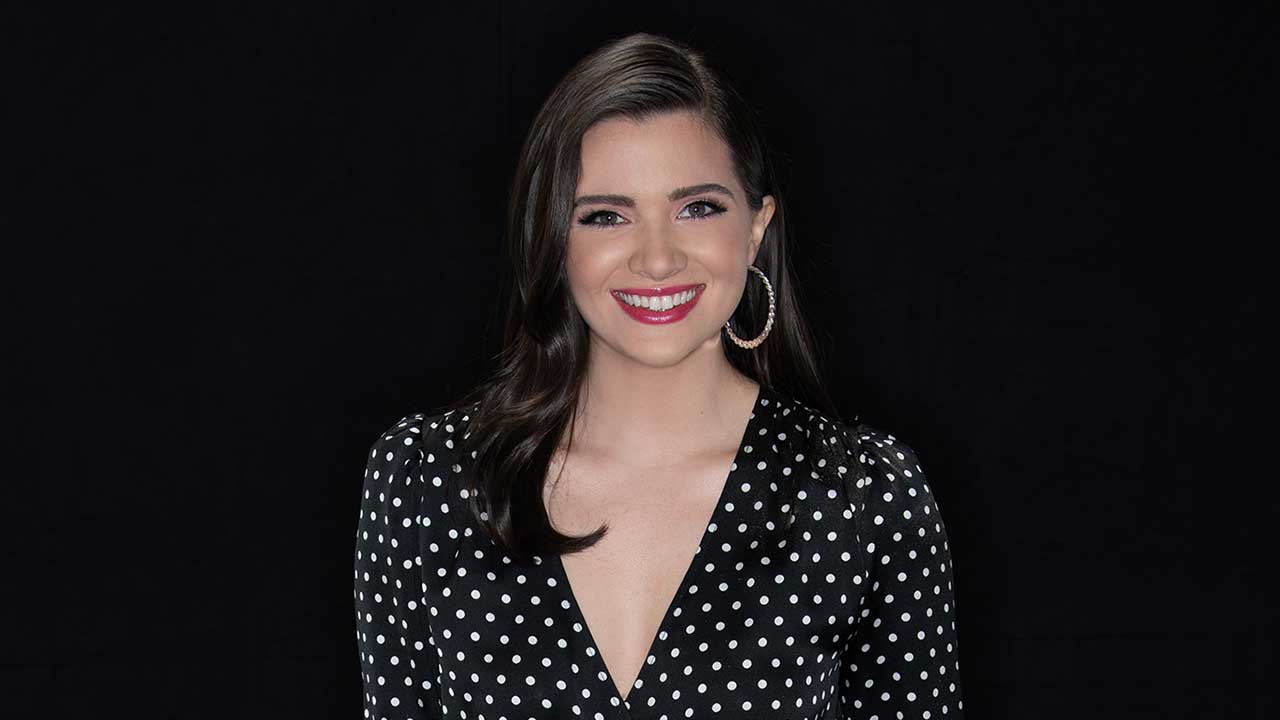