SAN ANTONIO – The San Antonio Housing Authority Board of Commissioners has approved $486 million to build and pursue financing for 14 affordable housing developments in the area.

"We received a call to action from the Housing Policy Task Force to increase the affordable housing options in San Antonio, and I'm proud to announce we are fulfilling and even exceeding that promise," said Dr. Morris A. Stribling, DPM, chairman of SAHA's Board of Commissioners. "While SAHA has always sought new innovative ways to finance new affordable housing developments, we are particularly overjoyed (at) the nearly half a billion in investments that today's board decision vote means for the city of San Antonio."

Officials said no other modern developments in the San Antonio area will offer such deeply subsidized units.

The affordability of some of the units will be available for rent to individuals earning as little as 30 percent of the area median income, officials said.

SAHA and its affiliated entities will pursue transactions with:

"Today, we commend the Board of Commissioners for entrusting the San Antonio Housing Authority to actively pursue partnerships that increase affordable housing options for the residents of San Antonio," SAHA President and CEO David Nisivoccia said. "Over the next five years, we will build modern, safe and sustainable communities in areas of higher opportunity that will change the quality of life for many San Antonio families." 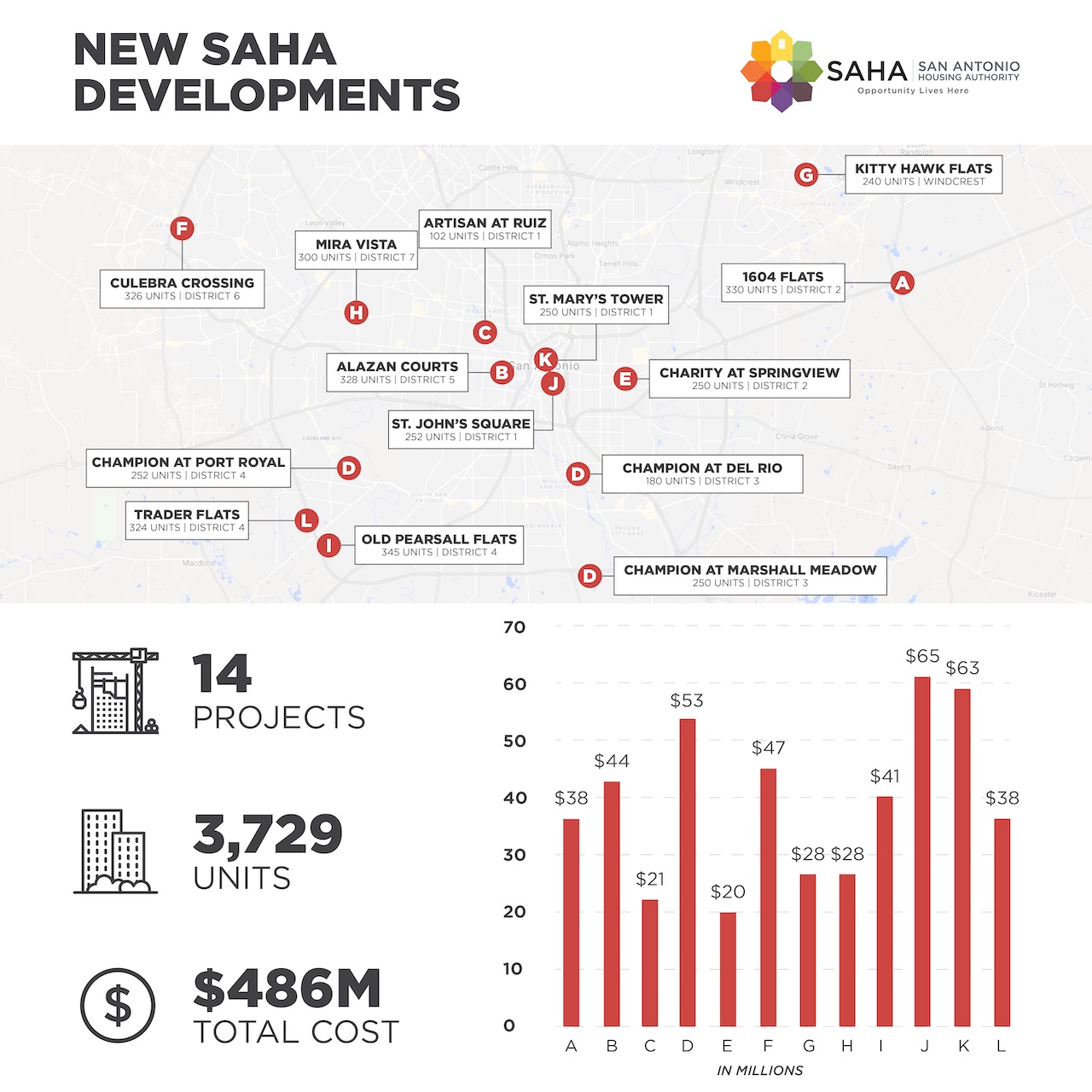 Troy Blevins is a Digital Content Editor who has been with Graham Media Group since 2012.