Man critically injured in 2-vehicle crash on North Side

1 killed, 3 wounded in shootout outside North Side night club

Texas House members on Thursday released the first proposal for a new map redrawing the chamber's 150-member districts. The initial draft would both increase Republicans' strength across the state and the number of districts in which white residents make up a majority of eligible voters.

House Bill 1, authored by Corpus Christi Rep. Todd Hunter, the GOP chair of the House Redistricting Committee, is just the first draft, and it will likely change as it makes its way through the legislative process before it’s signed into law by Gov. Greg Abbott.

The Texas Legislature is in the midst of its third special session. This one is dedicated to redrawing political maps based on the latest census data that showed people of color fueled 95% of Texas’ population growth over the past decade. The percent of Hispanics is now nearly equal to white people in Texas.

But, the new map creates fewer districts where Black and Hispanic people make up a majority of eligible voters. Black and Hispanic Texans make up two racial groups that along with Asian Texans outpaced the growth of white residents in the state over the last decade.

Under the new proposal, the map adds six more districts where white residents make up the majority of eligible voters while the number of Hispanic and Black districts would each drop by three.

The proposed map would also change the partisan breakdown among the 150 districts, tilting the scale toward Republicans.

Currently, there are 76 districts that went to former President Donald Trump during the 2020 general election while 74 went to President Joe Biden. Among those, 50 districts voted 60% or more for Trump, — indicating the district is safely Republican — while 40 districts had more than 60% support for Biden — indicating strong Democratic support. Under the proposed new map, 86 districts would have gone for Trump, while 64 would have went for Biden. The number of districts that voted 60% or more for Trump or Biden would be tied at 46.

The House draft would also pit several incumbents against one another, including two El Paso Democrats — state Reps. Evelina "Lina" Ortega and Claudia Ordaz Perez — who would have to vie for the new House District 77.

In statements soon after the initial draft was released, both lawmakers criticized the proposal for pitting two Hispanic incumbents against the other.

Ortega, who referred to the proposal as "a direct attack on our border community," said she was "committed to working for our community to stop this injustice from occurring." Ordaz Perez said she would "refuse to sell out my values or those of the people I represent for political gain," adding that she intends to return to the lower chamber for another term "to fight for the people of El Paso."

In two other cases, state Reps. Jacey Jetton, R-Richmond, and Phil Stephenson, R-Wharton, would have to compete for the proposed House District 26, while state Reps. Kyle Biedermann, R-Fredericksburg, and Terry Wilson, R-Marble Falls, would face off for the new House District 19.

Later Thursday, disagreement emerged between Jetton and Stephenson over whether the latter had been drawn out of his district.

Stephenson's office told the Tribune that Jetton "isn't playing the nicest with this new map" and blamed him for drawing Stephenson out of his district.

Jetton, in a statement to the Tribune, acknowledged that while "there has been some confusion about Representative Stephenson's residence," it was his understanding that Stephenson resides in Wharton County, "so we are not actually paired in HD-26."

As for the other GOP matchup, it appeared later Thursday that the two incumbents could avoid a primary after Biedermann tweeted he may run in another district. 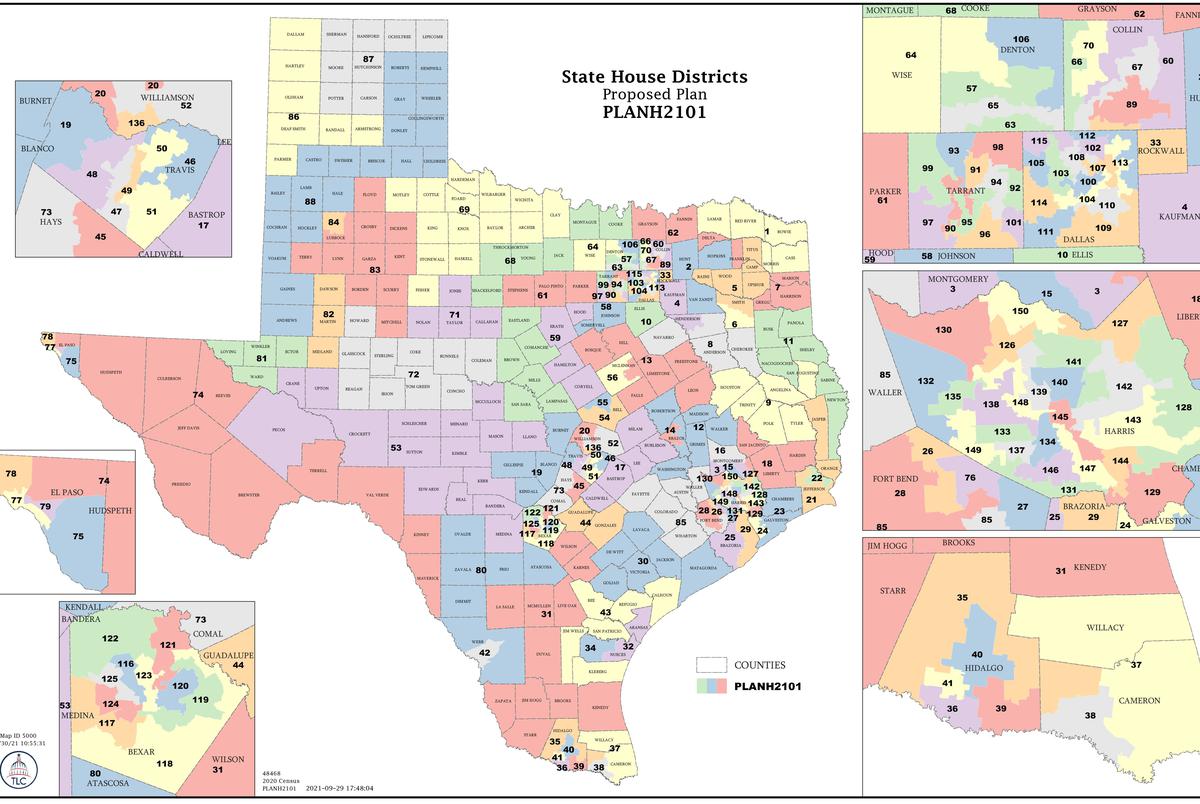 Other incumbent pairings under the House proposal involve a lawmaker who is either running for another office or has already announced their retirement.

In the proposed Dallas-area House District 108, for example, state Rep. John Turner, D-Dallas, who would have to face off against state Rep. Morgan Meyer, R-Dallas, has already announced he will not seek another term to the lower chamber.

And in another North Texas race for House District 63, state Rep. Tan Parker, R-Flower Mound, who would have to compete against his colleague state Rep. Michelle Beckley, D-Carrollton, is running for a seat in the Senate, while Beckley is vying for a spot in Congress.

Beyond the incumbent pairings, the proposed map offered disappointing news for state Rep. Erin Zwiener, D-Driftwood, who was drawn out of her district and into an adjacent, far more Republican one. She told the Tribune on Thursday afternoon that she is "hoping that there's some space to fix it" in the coming days but was not sure. She said she was unlikely to be able to move to follow the newly proposed version of her current district, which would be solidly Democratic.

One Republican incumbent, state Rep. Jeff Cason of Bedford, got especially bad news as he saw his district get redrawn to be a deep shade of blue — on that Biden carried by 27 points. Cason did not have an immediate comment.

At least a few other incumbents are looking at proposed districts that would be notably less favorable to them than they currently are. In South Texas, the district of state Rep. Ryan Guillen, D-Rio Grande City, would go from one that Trump won by 13 points to one he carried by almost double that margin. In suburban Austin, the district of state Rep. James Talarico, D-Round Rock, would transform from that Biden won easily to one that Trump carried by 6 points.

At the same time, several House Republicans whose districts Biden carried last year received redder districts under the proposed map — but probably not red enough to avert another competitive contest next year. For example, in suburban Dallas, Biden had a 9-point margin victory in the district of state Rep. Jeff Leach, R-Plano, though the map proposal shifts only to a district that Trump carried by 2 points.

Only two seats flipped last year in the lower chamber — both in the Houston area — and the proposed map makes each more friendly for the incumbent rather than more competitive. The seat of State Rep. Mike Schofield, R-Katy, would become redder, while the seat of state Rep. Ann Johnson, D-Houston, would become bluer.

This is the first time in decades federal law allows Texas to draw and use political maps without first getting federal approval to ensure that they’re not violating the rights people of color. That federal preclearance requirement in the Voting Rights Act was gutted by the Supreme Court in 2013.

Since the enactment of the Voting Rights Act in 1965, Texas has not made it through a single decade without a federal court admonishing it for violating federal protections for voters of color.

The 2021 Texas Tribune Festival, the weeklong celebration of politics and policy featuring big names and bold ideas, wrapped on Sept. 25, but there’s still time to tune in. Explore dozens of free, on-demand events before midnight Thursday, Sept. 30, at tribfest.org.