Man shot in neck by other driver, crashes into house north of downtown

Texans are about to see a hike in their phone bills. Take our 5-question survey.

At first conference after Uvalde shooting, Texas school police chiefs discuss how their profession is changing

SAN ANTONIO — Inside a conference room at the Marriott Riverwalk hotel, the law enforcement vendor show seemed about standard. There were the $700 bullet-detection systems and showcases of high-tech cameras that sense when a gun is in a room and special adhesive film that can keep a shattered window from crashing down in pieces. For $20, attendees could buy a chance to win one of three handguns.

But the law enforcement group meeting in San Antonio this week is one of the smallest in the state, and its jurisdiction is one where you would find more crayons than felons. In the hotel’s meeting rooms, 120 members of the Texas School District Police Chiefs’ Association came to learn the latest ways to assess and deal with active-shooter threats and handle mental health concerns.

And they came here to San Antonio, about 95 miles east of Uvalde, barely two weeks after the deadly school shooting at Robb Elementary School left 19 children and two teachers dead. It’s a raw time for school district officers as police in Texas and nationwide have criticized one of their own. In Pete Arredondo’s first extensive interview since the May 24 shooting, the police chief of the Uvalde Consolidated Independent School District insisted he took the steps he thought would best protect lives.

Most officers attending the conference waved off questions about their reactions to the Uvalde shooting and instead wanted to talk about why they were in San Antonio this week. Most poured into a presentation by the FBI on active-shooter training that was closed to non-police officers.

But outside the meeting rooms, chiefs like Bill Avera were willing to talk about the evolution of school policing or about their own districts. 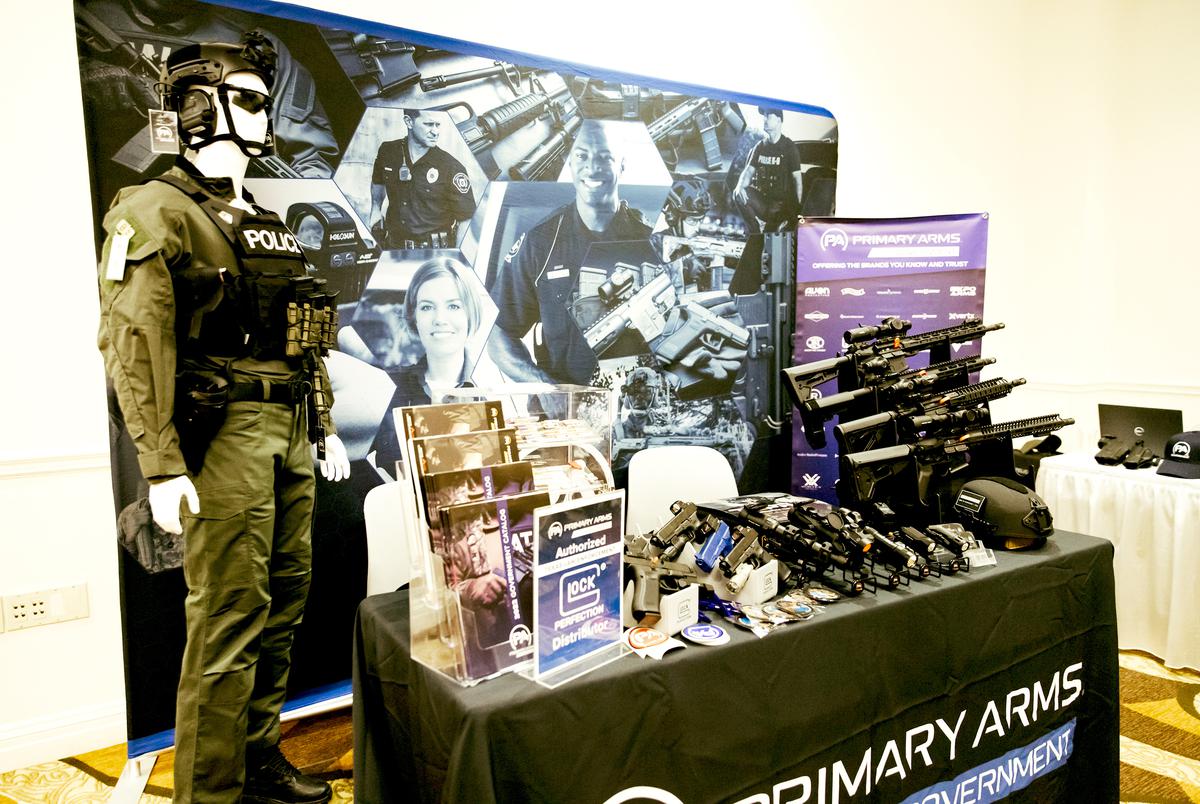 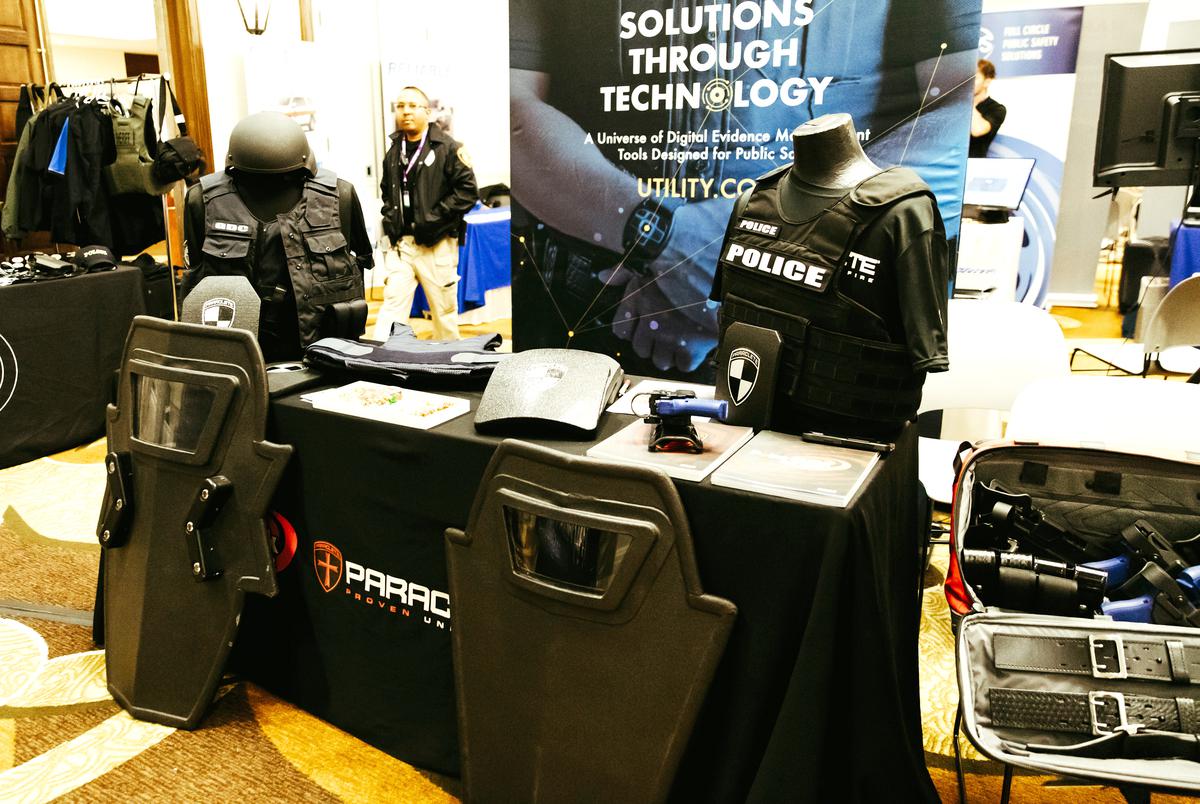 Vendors at the conference Friday sold goods such as weapons, uniforms and surveillance systems. Credit: Alejandra Sol Casas for The Texas Tribune

“The biggest benefit of coming to this conference is we meet other people that are in similar situations to us,” said Avera, 67, the police chief at Jacksonville ISD and a vice president for the school police chiefs’ group. “The time to exchange business cards is not during a crisis. I need to know who my partners are, and I need to know you before stuff hits the fan.”

Like a lot of school police chiefs, Avera has been in law enforcement for years — for him, 46 years. He’s done almost everything, from working dispatch to becoming a detective at the Jacksonville Police Department in East Texas.

But for the last six years, Avera’s been police chief at the school district in Jacksonville, which is about 20 miles south of Tyler. The school district and the town are about the same size as Uvalde, a fact not lost on Avera and other chiefs here this week.

“When you get up in the morning, you understand that ... you might not come home,” he said.

In Texas, only 309 of its 1,200 school districts have police forces separate from their cities’ departments.

Avera said he was working for the Jacksonville police when the school district there hired its first police officer during the early 1980s. And since then, he’s seen how school district policing has changed.

“It became evident that the future of law enforcement in schools needed to be school-based, trained, specialized officers that understood mental health and human development,” he said.

After Columbine, things changed. School district police officers were asked to be in common areas inside schools rather than remaining in their cars or offices, waiting to be called. They were also being used too often as disciplinarians and were issuing citations, said David Kimberly, the outgoing Klein ISD police chief. Over the past 14 or so years, there has been an emphasis on finding some sort of happy medium between officers building relationships with students and having to enforce school rules and local laws.

“The pendulum swung too far,” Kimberly said of the time when officers were first used too often to discipline students. “Fast-forward to the mid 2000s, it started really swinging back, and [we’re] trying to find that very delicate balance.”

In Avera’s department, there are only four police officers, including himself, for eight campuses.

His budget? About $500,000. It’s enough to do what he needs to do, he said. But if he had an endless amount of cash, he’d hire enough officers to station them at each campus.

“‘What I would strengthen immediately?’ he asked aloud. “It would be additional bodies, manpower.”

Avera said he has the weapons needed to engage with a gunman attacking with an assault rifle. He just doesn’t have the officers. If he had a bigger budget, he would hire armed security, reinforce campus buildings and improve communication technology. One thing Avera noted was that unlike in Uvalde, where police struggled to find a key to open a classroom door, both he and his officers carry two keys that open virtually any door in any Jacksonville ISD building.

If the Texas Legislature does anything, Avera hopes it provides more money for these small school police departments.

In Klein ISD where Kimberly works, there are more than 52,700 students and 52 buildings. The police department has 60 officers on staff and enough firepower to deal with almost any threat, he said. His department trains other police departments as well, and he said it is seen as a role model police force.

Kimberly said his department is fortunate to have a community and school board that back the officers and allow them to try new safety procedures. They come to the conference not only to learn from others, but also to help others in their safety plans.

“I believe it to be a valuable training opportunity,” he said. “Not only the training but the opportunity to see some of the vendors, look at the technology that’s out there in a single place.”

More training doesn’t seem to be an issue; officers have been told since the 1999 Columbine shooting that they must engage a shooter immediately. But each situation is different and nuanced, Avera said.

Kimberly had similar thoughts, saying that there shouldn’t be any finger-pointing or trying to change things when investigations into what happened in Uvalde are still ongoing.

“Let’s find some good out of this,” he said. “If there were some things they did really well, let’s emulate it. If there’s some things that needed to be looked at or improved on, let’s flesh that out.” 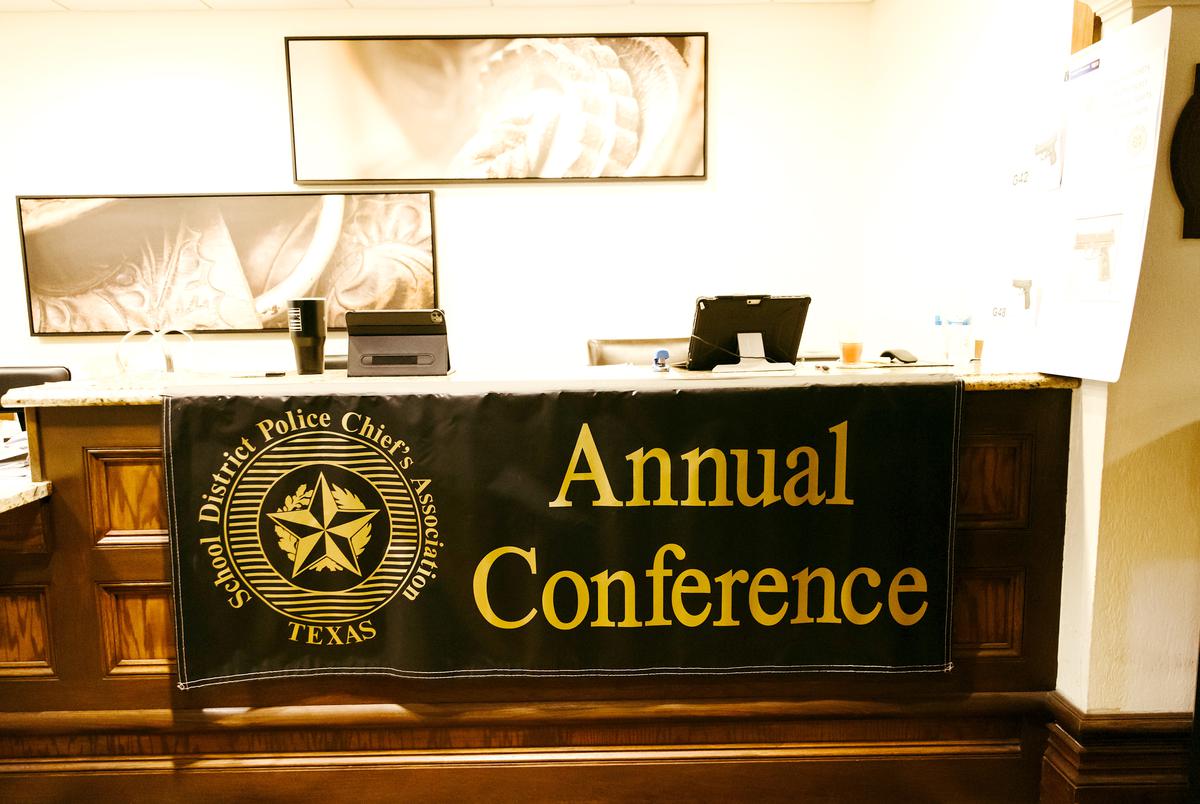