Pair detained by police after rollover crash into tire shop

Man in critical condition after shooting on West Side, San Antonio police say

This puzzle could make you a millionaire!

Crash occurred around 12:30 a.m. at Linne Road, not far from Seguin

SAN ANTONIO – Updated at 1:16 p.m.: The highway has reopened after the wreck was cleared, officials said.

A stretch of Interstate 10 in Guadalupe County was closed Tuesday due to a spill involving 40,000 pounds of avocados on the roadway.

The load came from a tractor-trailer that crashed around 12:30 a.m. Tuesday on the eastbound lanes of the highway near Schwab Road.

Sgt. Homero Balderas with the Cibolo Police Department says the driver of the big rig for some reason veered toward the median, then lost control of his vehicle.

"When they came back, they overcorrected, went across to the right, overcorrected again and then flipped their truck-tractor and their trailer," he said.

A second big rig, a tanker, then came along and hit the overturned truck, adding to the trouble, he said.

"Luckily, the tanker that struck them did not turn over like they did and also luckily, was empty at the time, "Balderas said. "Two patients that were in the truck tractor hauling the avocados were both injured and transferred to two different hospitals."

At last check, both of those people were stable, police said.

A third vehicle, a van, also became involved in the crash scene.

However, neither that driver nor the tanker driver suffered any injuries.

Officers, meanwhile, had to remain at the scene until well after daylight, blocking the road to prevent other drivers from getting caught up in the mushy mess.

Workers from the Texas Department of Transportation also arrived to clean up the mess.

However, they also spent time waiting around for some of the necessary equipment.

For more information on traffic you can click here to view our traffic page on KSAT.com. To view more on the current weather conditions, click here. 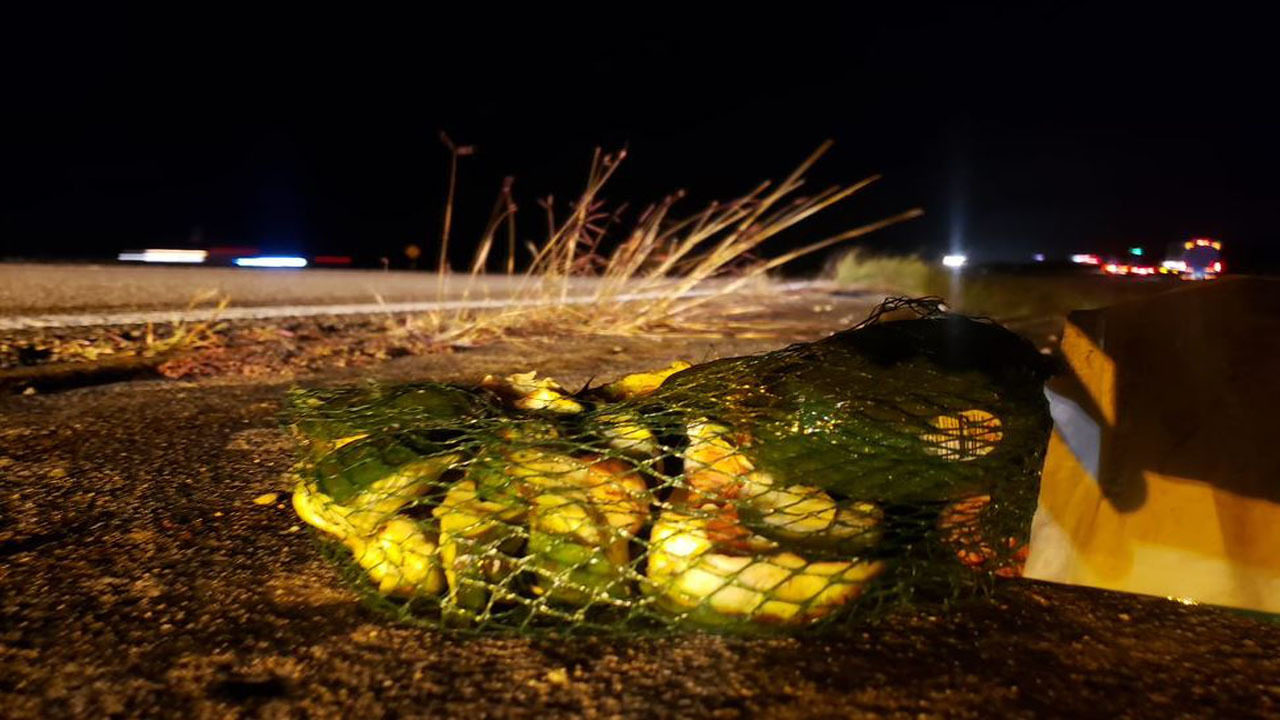 Pair detained by police after rollover crash into tire shop

A man and a woman were detained by police after they crashed their vehicle into the garage door of a tire and muffler shop late Sunday night, San Antonio police said.

A trail riding club on the East Side of the county is asking for prayers for a beloved fellow member after he was involved in a major three-vehicle crash Saturday night.

Katrina Webber joined KSAT 12 in December 2009. She reports for Good Morning San Antonio. Katrina was born and raised in Queens, NY, but after living in Gulf Coast states for the past decade, she feels right at home in Texas. It's not unusual to find her singing karaoke or leading a song with her church choir when she's not on-air.

Tim has been a photojournalist and video editor at KSAT since 1998. He came to San Antonio from Lubbock, where he worked in TV and earned his bachelor's degree in Electronic Media and Communication from Texas Tech University. Tim has won a handful of awards and has earned a master's in Strategic Communication and Innovation from Tech as well.