Doctors say to get flu shot to help avoid a ‘twindemic’

MISSION, Texas – Although she was raised along the Rio Grande and has ridden with the U.S. Border Patrol and the Texas Department of Public Safety looking for human smugglers and illegal contraband, taking a boat tour with 40 "Winter Texans" and their families was a first for KSAT's Jessie Degollado.

She provided a firsthand account of that boat trip, sharing the perspectives of the people she met along the way.

At the stroke of noon on a recent sunny, spring afternoon, and with "Capt. Johnny" at the helm, we cast off from the Riverside Club to begin the leisurely one-hour trip to Anzalduas Dam, and then back to Chimney Park.

Many on board were from all over the country. This would be their maiden voyage on what’s been known in Texas as the mighty Rio Grande and in Mexico as the Rio Bravo.

The captain was quick to point out the obvious on the American side: Border Patrol watchtowers and the border wall in the distance.

“It’s built right on the edge of the levee, which is the same levee you came on to get to Riverside Club,” he said over the intercom.

But if the border wall is extended on that same levee as planned, access could be limited except for gaps in the fence manned by the Border Patrol.

The captain said as long as he and his visitors can reach the club and its boat, he’ll be OK, but Border Patrol hasn't told him yet what to expect. A neighboring mobile home park is already expected to be sold at auction.

Cruising past thick groves of carrizo cane on the U.S. side and well-maintained public and private parks on the Mexican side, the difference was unmistakable.

Mike McDermott, who said he recently moved to the Rio Grande Valley from St. Louis, Missouri, questioned why there wasn't more development on the American side. The area is considered the safest stretch of river because it’s heavily patrolled.

Told of the flooding risk from hurricanes and the potential impact of the border wall on drainage, McDermott said, “That doesn't help property values.”

The captain said that Pepe’s on the River, a once-popular hangout on the U.S. side, was damaged in a fire, and the new owner couldn't make a go of it.

He also pointed out that one of the parks on the banks in Reynosa was washed away in 2010 by a hurricane.

But since then, he told the tour, “We’ve seen a lot of outdoor garden weddings here, birthday parties, a lot of pool parties.”

The tour was eye-opening in another sense.

Mexican workers at the parks stopped to wave and smile as visitors waved back and took photos.

“They’re us, just people. That’s all it is. That’s the sad part,” said Darren Schnichels, of Grand Rapids, Michigan, who came to the Valley with his children to visit their grandmother.

When he heard the captain say that 70,000 undocumented immigrants were caught by the Border Patrol in the Rio Grande Valley sector, Schnichels said he agreed that sending National Guard to the border will “send a message.”

But as for extending the wall, he said, “I’m torn. Whatever works better for the environment, but doing nothing is not an answer.”

When he was told of the drainage problems that could be created by a border barrier, Schnichels said, “I hope they put up the right type or none. I’d rather have none instead of it being a mistake. It’s a waste of money. I can see both sides. I just hope we think before we act.”

Click the water drops below to learn facts about the Rio Grande: 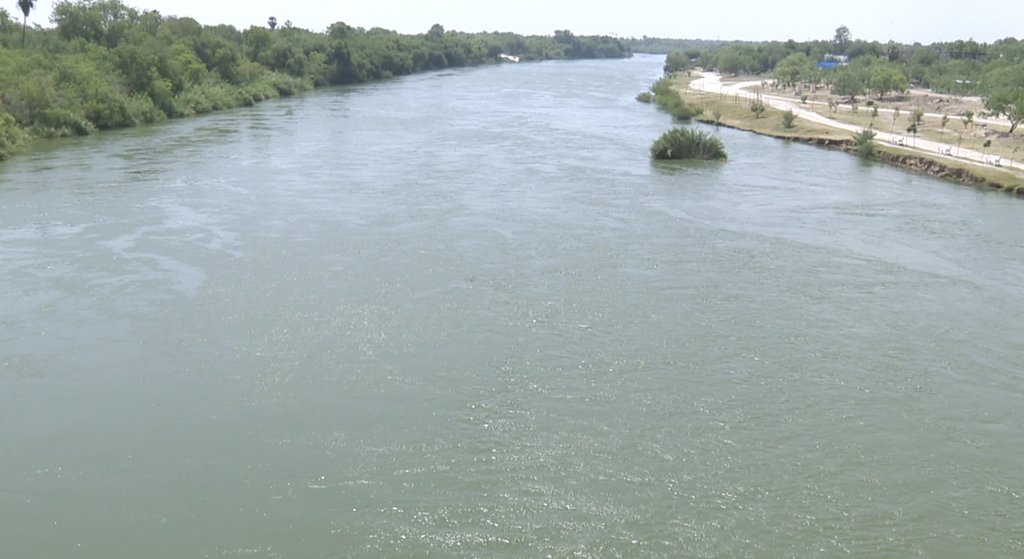