Get this drone with a 4K HD camera for just $75

Decorating for Christmas? How to avoid the ER this holiday season

Young also waived his right to a jury trial and faces anywhere from 2 to 270 years in prison for 13 counts of intoxication manslaughter to be served consecutively. His punishment phase is set for Nov. 7-9.

Young faces anywhere from 2 - 270 years in prison for 13 counts of intoxication manslaughter to be served consecutively. His punishment phase is set for Nov. 7-9. #UvaldeBusCrash @ksatnews

Young is accused of driving a pickup truck on March 29, 2017 that crossed the center line of Highway 83 north of Uvalde and crashed into a bus carrying members of First Baptist Church of New Braunfels returning from a retreat.

He was 20 years old at the time of the crash and according to an affidavit, admitted to being on prescription drugs that can cause drowsiness before he crashed into the church bus. Young was also texting and driving, the affidavit stated.

What the daughter of one of the bus crash victims had to say:

What Young's attorney had to say: 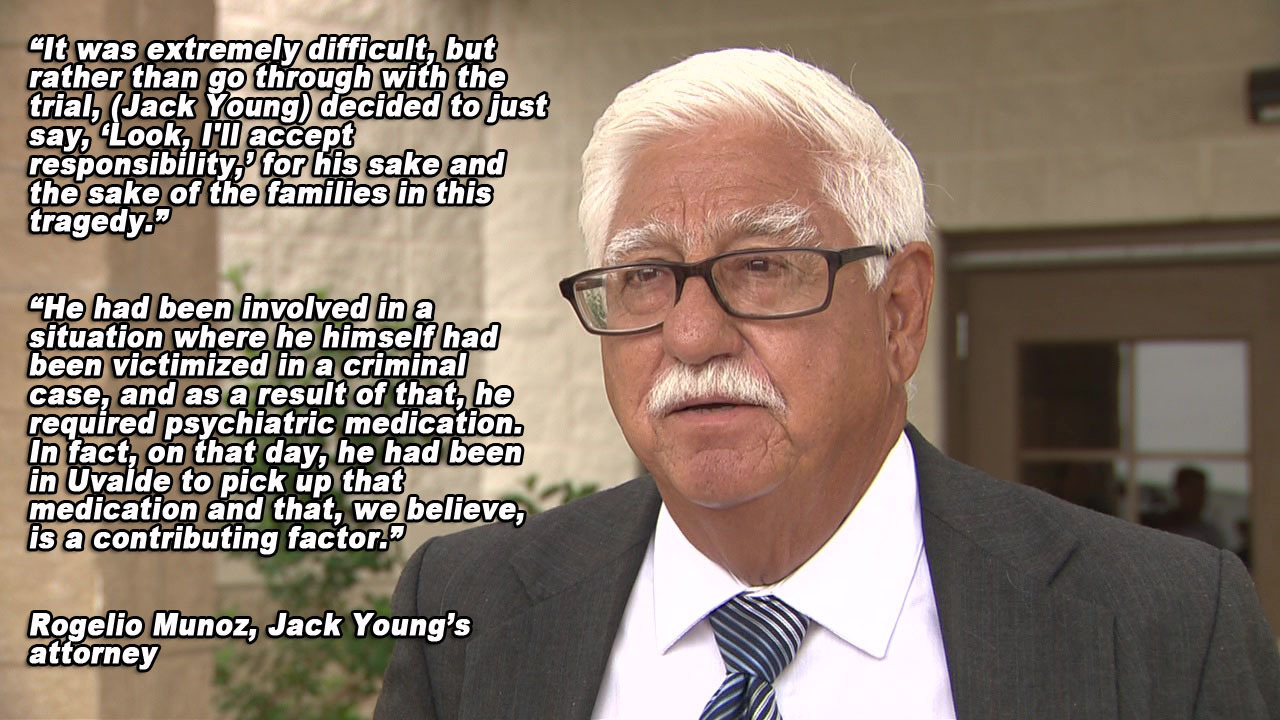 David Ibañez has been managing editor of KSAT.com since the website's launch in October 2000.

RJ Marquez has been at KSAT since 2010. He's covered a variety of stories and events across the San Antonio area, and is the lead reporter for KSAT Explains. He also covers the Spurs for on-air and digital platforms. You can see RJ regularly on KSAT Explains and Good Morning San Antonio. He also writes a weekly Spurs newsletter.