The prosecution showed the videos in open court in an attempt to portray Sampayo as being more able-bodied than she claims to be. Sampayo's defense attorney says she is suffering from cancer and needs treatment unavailable to her in the Bexar County Jail, where she is currently being held.

The videos were captured around 7:18 p.m. on Jan. 4, less than 30 minutes after 8-month-old King Jay was reported missing by his father, Christopher Davila.

Earlier that day, San Antonio police said Davila drove to the Friend's Food Mart on the city's West Side, where he left his car running and the driver's side door unlocked while he went inside the store.

Police said Torres is seen walking up around 6:48 p.m, entering the driver's side of Davila's car and driving off with what they believed at the time was King Jay in the back seat of his car.

PLEASE SHARE: Watch video of female suspect last believed to be with 8-month-old King Jay Davila last night. Call us if you have any information and please share.

In the videos obtained by KSAT, Sampayo is later seen talking to a store clerk about cigarettes and then walking around the store while holding food items and sodas.

Several minutes later, Torres enters the store and greets Sampayo at the store's counter. The pair stay in the store for at least seven minutes before exiting. 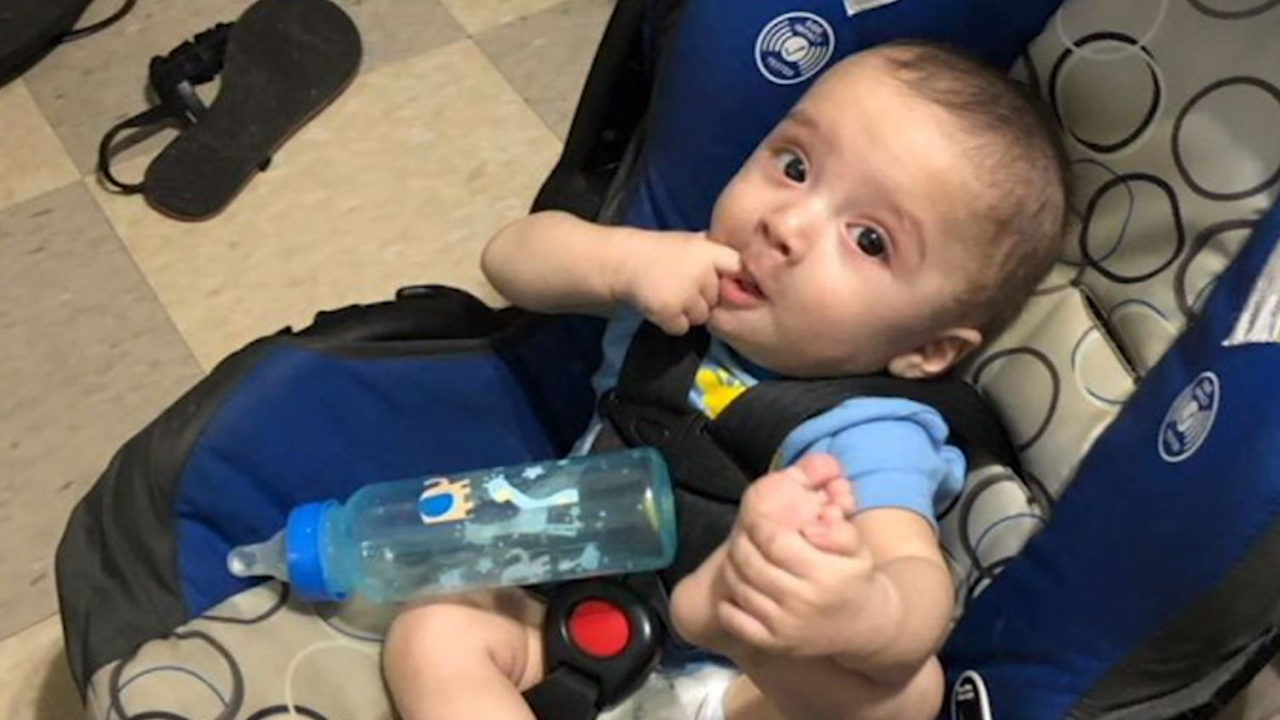 In January, Police Chief William McManus said the staged kidnapping committed by Davila, Sampayo and Torres was to cover up the baby's death.

McManus said Davila was pressured by the evidence against him and ultimately confessed to burying his son, King Jay, in an open field. Investigators later found the burial site near Davila's Northeast Side home and recovered the baby's body.

**LIVE** BREAKING NEWS** SAPD Chief William McManus to give an update on the case of baby King Jay Davila after investigators were led to the baby's buried body. LATEST: http://bit.ly/2RLrz2Y

Prosecutors: Sampayo is 'a liar'

"What we have is a pattern of behavior of this defendant (Sampayo) of just basically being a liar, and using her lies to cover up crimes," prosecutor Samantha Dimaio said in court Friday. "(Sampayo) has graduated for lying for her son (Christopher Davila) for theft, and burglary, and arson to now homicide."

Defense attorney Melissa Lesniak said Sampayo's initial bond for the tampering with evidence charge was "excessive" and "oppressive for her client's situation."

"(Sampayo) has a husband here, she lives at a residence (with) her daughter. She is not a flight risk. She will be available for trial. Her bond is oppressive. It's unreasonable," Lesniak said.

Lesniak said Sampayo has terminal illnesses, which include ovarian and bone cancer, and needs appropriate treatment that is only accessible outside of being in custody.

"(Sampayo's family) would like the opportunity for my client to be able to bond out to continue living her life and getting treatment with Trinity Hospice while the case is pending," Lesniak said.

A social worker with Trinity Hospice said during his visits to her West Side home, Sampayo was bedridden and received hospice care, a treatment recommended for patients who are not expected to live more than six months.

Christopher Davila is facing felony charges of injury to a child causing serious bodily injury - omission, child endangerment and tampering with evidence. He was also arrested on unrelated charges of felony possession of a firearm and possession with the intent to deliver a controlled substance.

Sampayo and Torres are both facing a charge of tampering with evidence, a third-degree felony.

The Bexar County District Attorney's Office and Lesniak did not immediately respond to a request for statements in regard to Sampayo's bail reduction.

Here's everything we know about King Jay Davila's death, arrests of his family members