Couple and their newborn survive house fire, community steps in with support

TRUST INDEX: You can be infected with a COVID variant more than once

The Alvarez family is getting animated on One Day at a Time's political special! The Pop TV sitcom is returning from its coronavirus hiatus for an animated special on Tuesday, featuring guest stars Melissa Fumero, Gloria Estefan and Lin-Manuel Miranda!

The episode centers around a visit from the Alvarezes' more conservative extended family. (Miranda will voice Tio Juanito, while Estefan and Fumero will reprise their roles as Tia Mirtha and cousin Estrellita, respectively.)

"It is hilarious," series star Rita Moreno told ET's Deidre Behar of the animated ep in which she and Estefan go toe-to-toe once again over their long-festering sisterly rivalry. "She and I sing a song together, which is hilarious, where we are insulting each other. She wrote it and it is so funny. I can only say this, it ends with this: 'I'll kick your ass!'"

Moreno admitted it was a little bizarre recording the episode virtually over video chat, and though she didn't get into costume -- "I'm an actress for Pete's sake... I can get into character in two seconds flat!" -- she did record her facial expressions on her phone for the animators to model.

"My expressions are very strictly Lydia expressions and not anybody else, and so I said, 'If you don't mind, this is how I would say this line and here's the expression that would appear on my face," she noted. "They loved it."

The EGOT winner admitted that she's thankful she's never had to deal with the kind of political divisiveness that her character has within her own family, but she's glad the show is depicting it, "because it shows families they're not alone. It happens everywhere."

"I think that's the most important thing to understand about this family and this sitcom series, because it becomes way more than a sitcom," she continued. "That's what is amazing about this show. I mean, sometimes you're laughing your booty off and before you know it, there's tears coming out of your eyes because the problems are always -- [original One Day at a Time creator] Norman Lear wanted -- universal."

As for finally landing Miranda for a guest-starring role (Moreno famously joked that the Hamilton creator needed to "get off his culito" when ET visited the set earlier this year and asked the cast for their dream cameo), the actress said she was thrilled to work with the Tony winner, even virtually.

"He's a big fan of the show," she raved. "He really honestly watches the show."

Moreno vowed to ET to get Miranda back again in the flesh for a future appearance, and she may have some pull -- Miranda and Lear are coproducing a documentary on her life and career. "What a talent, huh?" she said of theIn the Heights writer. "And what a sweet, sweet man with a huge conscience and a heart as big as Detroit."

As for the show's other major Latinx guest stars so far -- the impressive track record includes an appearance by Adam Rodriguez in season 4, following Stephanie Beatriz, Liz Torres, Danny Pino and more in previous years -- Moreno mused, "I'm delighted about it, but I'm not surprised. I would think they would want to because this is our treasure."

"I mean, this is how we can talk to America about who we are," she explained. "So that's very important. It doesn't surprise me, but it sure delights me."

As for whom she'd like next? "I think if we come back on the air as human beings, I have always felt that Andy Garcia should be a guest star, because Lydia is nuts for Andy Garcia. I think it would be hilarious to see her just drooling all over him."

However, it seems like the show may not be getting back to work anytime soon, despite the fact that some film and television projects are in the planning stages of returning to production.

"I know that there's talk, but I'll tell you, given that I am 88 almost 89, I'm going to be very, very, very careful about going back to work with people," Moreno assured. "Forget the audience part. I'm just talking about the other actors. And if I were them, I would feel the same way about me... We don't know! It's really scary and depressing time for sure. And that's why you got to look out there and smell the roses. You really do for your own sanity."

Moreno also spoke to ET about supporting the ongoing Black Lives Matter protests and recalled her own experience watching Dr. Martin Luther King Jr. deliver his famous "I Have a Dream" speech in person at the March on Washington. See her incredible account of the historic moment in the video below.

'One Day at a Time' Stars Dish on Alex's New Look and That Pregnancy Surprise! 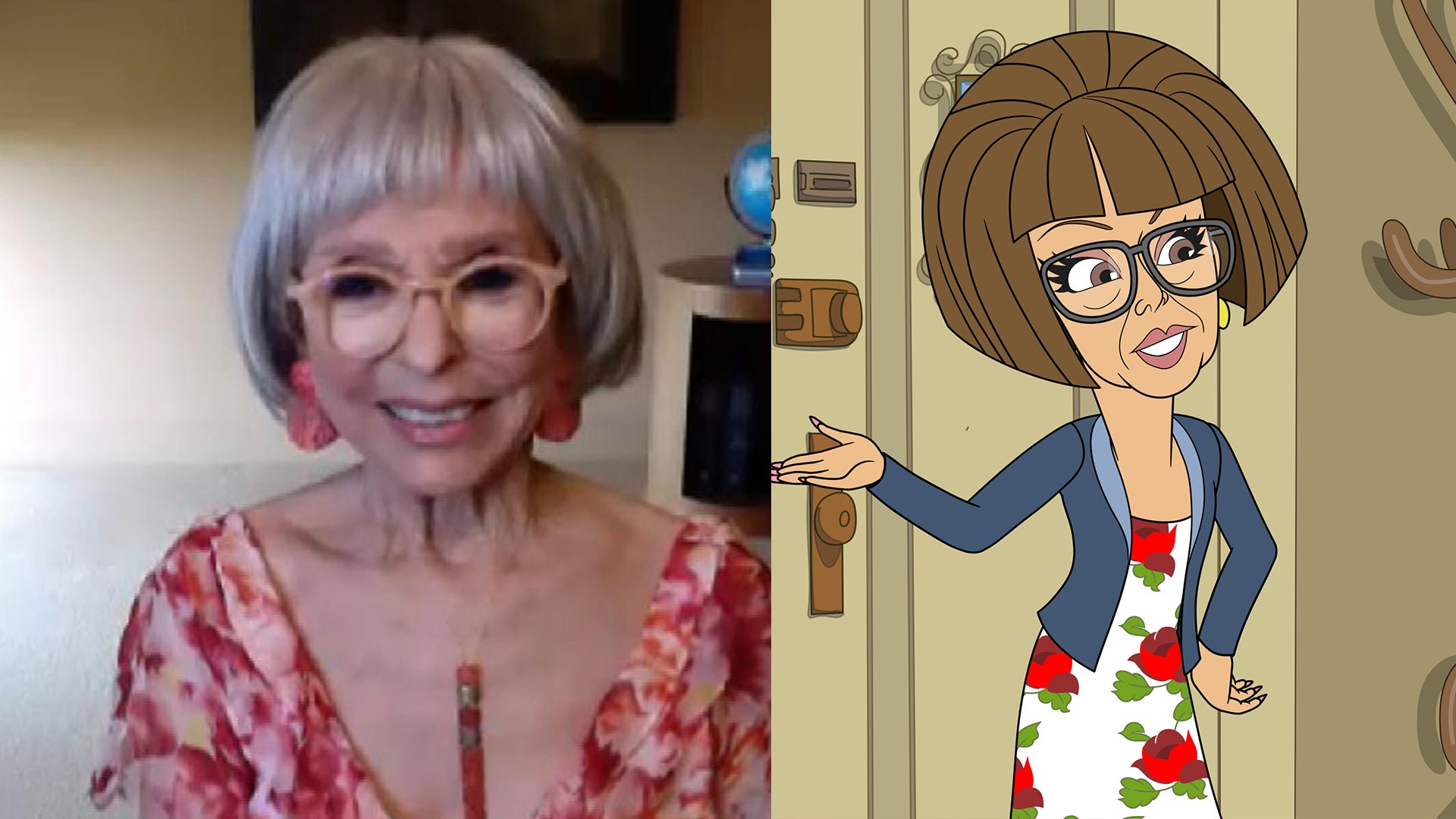