Man arrested for cashing in lottery scratch-off tickets that were stolen from North Side store, records show

Woman accused of stabbing boyfriend multiple times for not ‘helping her with the bills,’ SAPD says

'I had to take care of things': Gun-wielding Texas mother scares off intruder

HOUSTON – A Oak Forest family is counting its blessings after a mother scared an intruder out of their house at gunpoint.

The mother's quick thinking saved her and her child from danger.

The family does not want to be identified, but wanted to share the story in hope that awareness can help in similar situations.

The mother was at home with the family's 3-month-old daughter Thursday night. Her husband was out of town working, but was coming home Friday to celebrate the first Christmas with their daughter.

After tossing and turning in bed for a while, the mother was not able to fall asleep and went to the living room around 11:30 p.m.

About an hour later, she heard the home alarm beep and her back door open.

Her instinct kicked in.

"I froze for a second and then I realized I needed to spring into action, I mean, I had my baby in the house. I was alone. My husband was away on business, so I had to take care of things," she said.

She grabbed a gun and went towards the back door, where she found a man standing in her kitchen.

She yelled at the man while pointing the gun at him, and her dog ran towards him, scaring him out of the back door.

She locked the door and called 911. 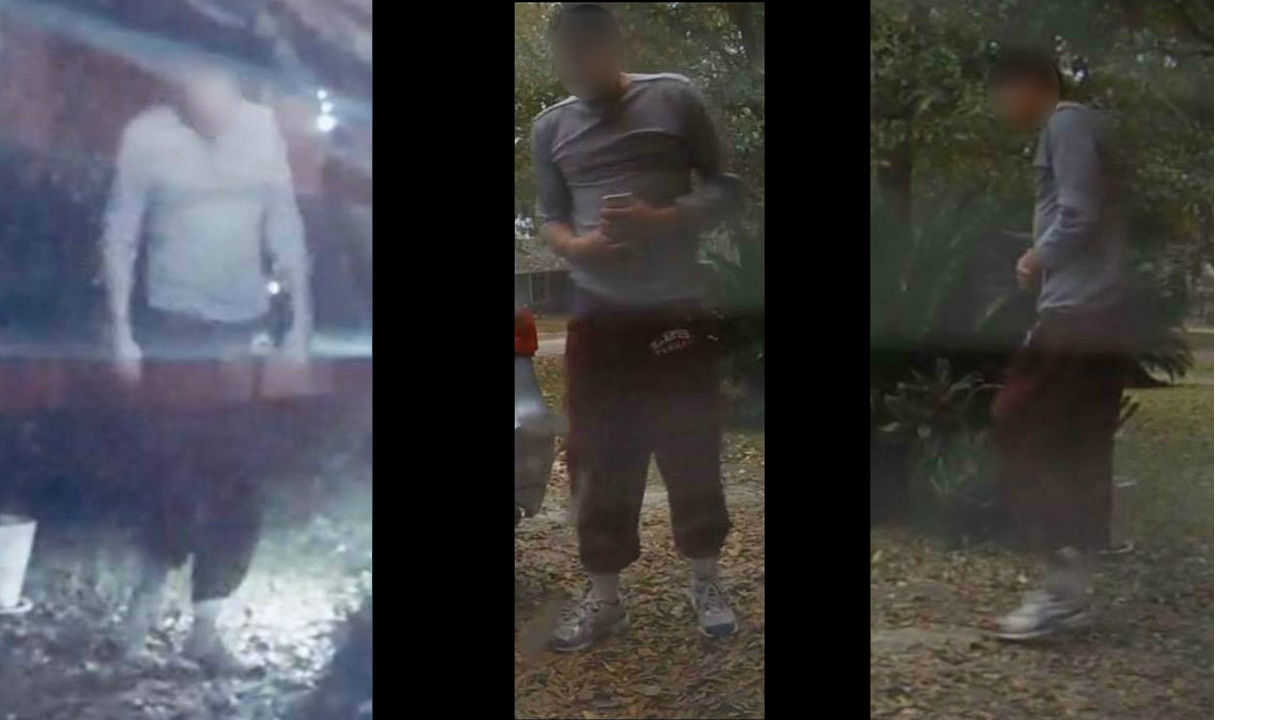 Three Houston Police Department units were on scene within minutes.

Neighbors in the area reported seeing a suspicious person on their video camera surveillance systems Thursday night and Friday morning.

We blurred the man's face because he has not been charged with a crime that our sister station in Houston, KPRC, is aware of.

The mother credits her husband's training for the way she handled the situation.

"I am just glad that I had that training and that knowledge of what to do in that moment with the gun," she said.