Even Lin-Manuel Miranda can't wait for everyone to see Halle Bailey in Disney's live-action The Little Mermaid remake.

The Hamilton creator teamed with legendary composer-songwriter Alan Menken to write four new songs for the anticipated movie, which stars Baileyas Ariel. Miranda promised fans of the 1989 animated classic that the Grown-ish star and Chloe x Halle singer will blow everyone away.

"Halle Bailey is going to be such an incredible Ariel," the 40-year-old songwriter told ET's Keltie Knight while promoting Hamilton's Disney+ premiere. "And getting to write music for these characters that are probably the reason I started writing musicals in the first place, it was actually easier than I thought."

"But the hardest part was my own intimidation working with Alan Menken and that was entirely self-imposed," acknowledged Miranda, who also serves as a producer alongside Marc Platt. "But when it came to how these characters speak and what they say, I've known that all my life. So that was a joy."

Miranda named his eldest son, 5-year-old Sebastian, after the wise-cracking crab character in The Little Mermaid.

The confirmed cast of The Little Mermaid remake, which was originally supposed to begin filming earlier this year, includes British actor Jonah Hauer-King as Prince Eric (after Harry Stylespassed on the role).

In April, Bailey spoke to ET's Melicia Johnson about the status of The Little Mermaid.

"Just like everybody else, the whole world is put on pause. I was in London since the beginning of the year, about to start filming and of course, this pandemic has caused everybody to kind of slow down," Bailey said. "I actually welcomed it, because I was really missing my sister. She was here in L.A. and I was in London, so I was happy to get back to her. I'm just so very excited for when we start back again. It's really coming together. I just feel honored every day to even think about or talk about it. I'm like, 'What the heck! It's really happening!'"

Who else will be joining Bailey and Hauer-King in the cast? That gets a little murkier as stars have remained coy about their participation. Rumored castmates includeMelissa McCarthy as Ursula, Javier Bardem as King Triton, Awkwafinaas Scuttle, Jacob Tremblayas Flounder and Daveed Diggsas Sebastian. Bailey confirmed to ET that "everybody is a family" already and didn't anticipate any cast changes due to the pandemic.

Diggs danced around the topic of Little Mermaid when ET asked about the film, which would reunite him with his Hamilton co-star, Miranda. "Oh, I'm not allowed to talk about that," he played coy during a promo tour for the Hamilton movie, later adding, "I don't know nothing about The Little Mermaid."

"I've gotten to work with [Lin] again in a number of different ways and the experience is always the same," Diggs said. "It's always one of great trust from somebody who's really good at the thing he does. To then come to me with a thing and be like, 'Do you,' that's very empowering."

For more on The Little Mermaid, watch ET's interview with Awkwafina below.

To stay up to date on breaking news, sign up for ET's daily newsletter.

Chloe X Halle on New Music, 'The Little Mermaid' and the Future of 'grown-ish' (Exclusive)

Awkwafina Dances Around Rumors She's Joining 'Little Mermaid': 'I Would Be More Than Honored' (Exclusive) 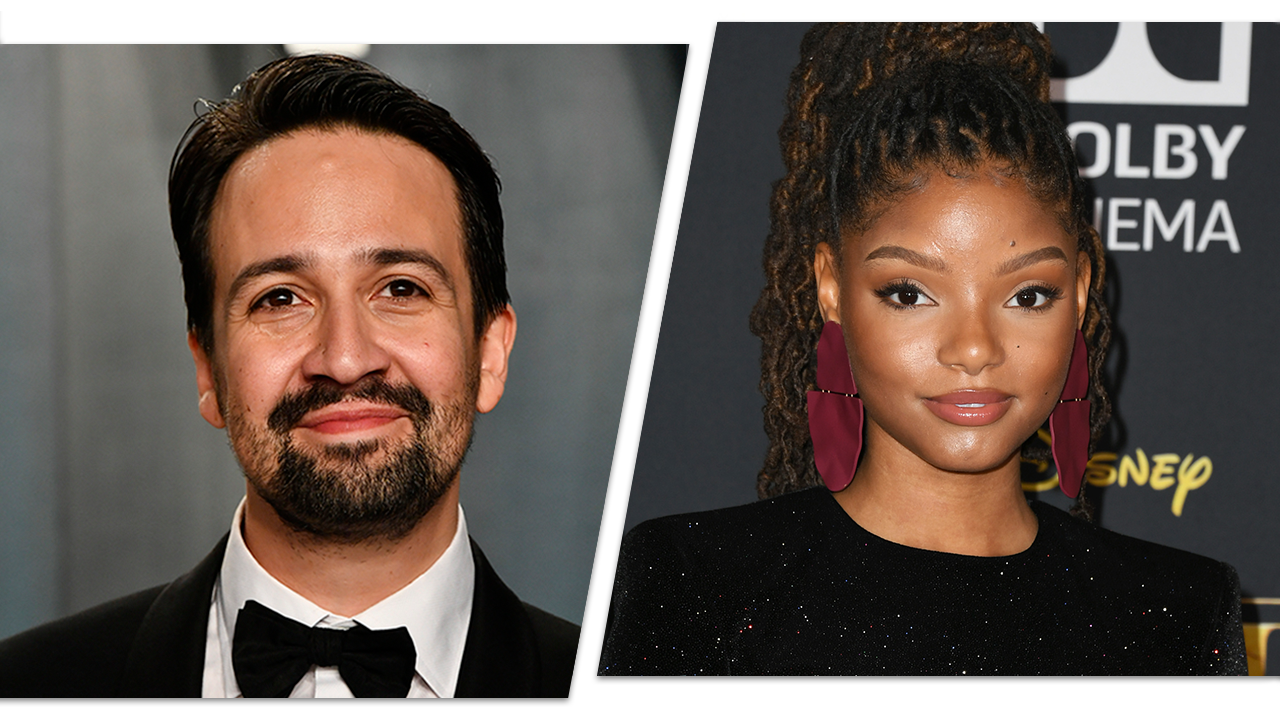