LAREDO, Texas – A U.S. Border Patrol agent in Laredo accused in a four-person killing spree heavily armed himself in anticipation of a confrontation with law enforcement after a woman escaped from his custody Friday night, authorities said in a press conference Monday.

Juan David Ortiz, a 9-year veteran of U.S. Customs and Border Patrol, confessed to killing four people in less than two weeks. His spree came to an end when a woman escaped from his custody and alerted authorities on Friday.

Thinking he had been caught and that law enforcement was en route to arrest him, Martin Cuellar, a spokesman for the Webb County Sheriff's Office, said Ortiz went home and loaded up his weapons anticipating a confrontation with law enforcement.

Authorities, however, didn't go to Ortiz's home. Instead, deputies issued a "look out" for Ortiz's vehicle.

He was located at a gas station early Saturday morning, after killing a third and fourth person, court documents alleged. Cuellar said Ortiz had stopped at the gas station for a bathroom break and left his firearm in the car. When Ortiz exited the gas station, he was confronted by troopers and ran to a nearby hotel parking garage.

Cuellar said Ortiz tried to commit suicide by cop and planned on trying to make his cellphone look like a gun, but he was taken into custody around 2:30 a.m. without incident.

Investigators said he voluntarily confessed to the murders of four people from Sept. 3 to Sept. 15.

The Webb County Sheriff's Office held a press conference Saturday morning and notified the public of Ortiz's arrest, describing him as a "serial killer" during the media event.

Webb County-Zapata County District Attorney Isidro Alaniz, said Monday that while they are searching for a motive to the killings, it appears Ortiz targeted people for their line of work and killed people in a similar manner.

The victims were initially described as female prostitutes, however, on Monday, Alaniz said the victims either engaged in drug use or sex work.

Ortiz is charged with aggravated assault with a deadly weapon, unlawful restraint and four counts of murder. Alaniz said they currently have no plans to charge Ortiz with capital murder pending further investigation.

Court documents gave a timeline of Ortiz's actions leading up to his arrest:

According to court records, Ortiz told authorities he picked up Ramirez in Laredo and drove out of city limits when he stopped the car so Ramirez could urinate on the side of the road.

That's when Ortiz shot Ramirez in the back of the head several times and left her along the side of the road.

Webb County sheriff's deputies found her body after someone reported seeing a body on the side of the road.

Ortiz told investigators he picked up Claudine Anne Luera and that as they drove out of the city, Luera became nervous and accused Ortiz of being the last person to see Ramirez.

A truck driver discovered her body and called authorities, but Luera died at a local hospital.

The affidavit states Ortiz picked up a woman and took her to his house. The woman said Oritz began to "act weird" whenever she brought up Ramirez's death, as they both knew her.

She said she became sick and vomited in Ortiz's front yard before Ortiz's took her to a gas station.

During the drive to the gas station, the woman said she brought up Ramirez's murder again and that Ortiz pulled out a handgun and pointed it at her.

She said she began screaming for help and that Ortiz grabbed her by her shirt and ripped it off when she attempted to exit his truck.

She was finally able to get away, court documents said, and flagged down a trooper for help.

When investigators arrived at Ortiz's home to question him about the alleged aggravated assault with a deadly weapon, Ortiz was not at his home.

Deputies issued a "look out" for Ortiz's vehicle. When he was located, an affidavit said Ortiz ran from deputies and hid in a hotel parking garage. He was arrested early the next day.

Ortiz was taken in for questioning and deputies said he voluntarily confessed to the murders of four people from Sept. 3 to Sept. 15. 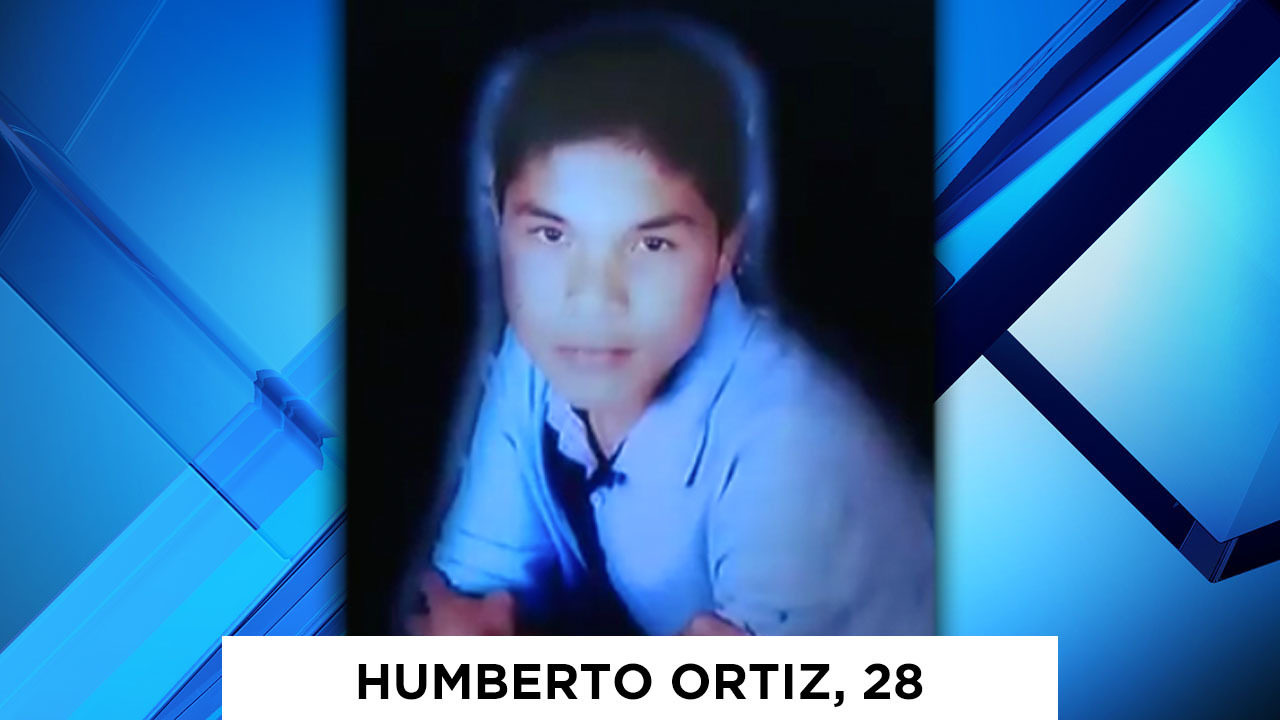 Juan Ortiz told deputies that after the woman escaped at the gas station, he picked up an unknown woman from an underpass in Webb County and later told her to get out of his truck.

He told deputies he shot the woman several times in the head. The woman has not been identified.

Later, Juan Ortiz picked up a person authorities initially described as a transgender woman, but authorities referred the victim as "John Doe" in court documents. Juan Ortiz, documents stated, told the man to get out of the truck and shot him once in the back of the head.

Juan Ortiz told authorities the location of the body. Deputies went out to the location and found the man dead in a gravel pit.

He was identified during the Monday news conference as Humberto Ortiz.

**WATCH LIVE** Press conference from the Webb County Sheriff's Office in Laredo about the arrest of a Border Patrol Agent accused of going on a murder spree. http://bit.ly/2DcyjAK

'SERIAL KILLER' BORDER AGENT UPDATE: We have poor signal on our live shot. Authorities are speaking on the arrest of a U.S. Border Patrol agent who went on a killing spree this month. STORY: https://www.ksat.com/news/arrest-documents-for-serial-killer-texas-border-patrol-agent-reveal-new-details