Some Texas students with disabilities thrived on remote learning, but have few options this fall

Clarissa Lindsey’s 17-year-old daughter, Emily, wants to be a librarian so much she can picture it. Emily, who was born with a heart defect and doesn’t have an immune system, knows exactly what she wants her future to look like.

“She wants to be the one who’s out there meeting with the people, helping check in books, helping people find books and find things that they’re interested in,” Lindsey said.

Before she started taking classes remotely during the pandemic, Emily had no plans to attend college. But since then, her grades have improved. She became one of the top 100 students in her class at Irving High School for the first time this year. She’s blossomed so much, Lindsey says she’s on the fence about sending Emily back to in-person classes in the fall.

She’s one of many who feel that way.

Families, schools, teachers and state legislators have tried to figure out the best way to get students physically back in school since last summer. Around that time, Gov. Greg Abbott gave school districts the authority to make reopening decisions even when they clashed with public health authorities. 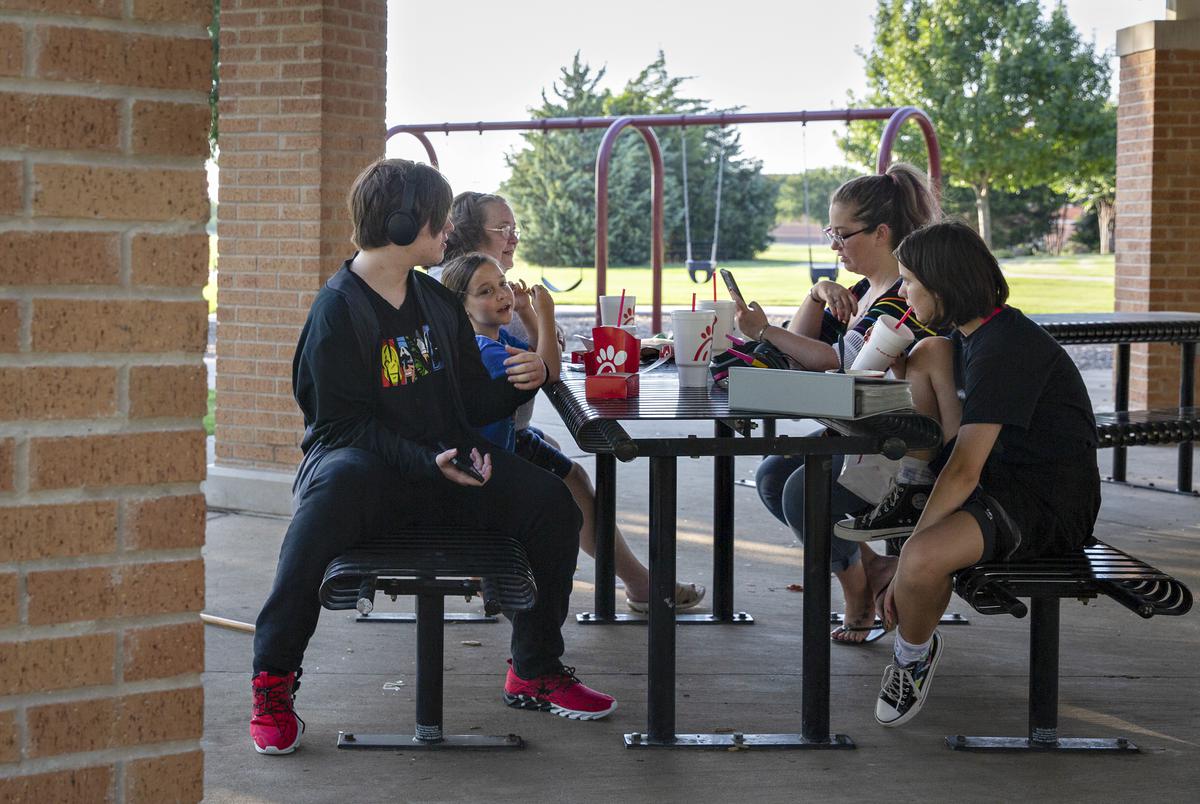 The Turner family has a picnic dinner. Credit: Shelby Tauber for The Texas Tribune

A recent National Bureau of Economic Research study found that Texas school reopenings last year “gradually but substantially accelerated” the spread of COVID-19 in communities. Authors of the report said the study’s results “imply” the reopenings led to at least 43,000 additional COVID-19 cases and 800 additional fatalities within the first two months. For parents of school-age children, the data suggested a return to in-person work or increased activities away from the home.

In addition to health and safety concerns, not every family wants to go back. Some students thrived learning remotely, including students with disabilities, who make up more than 500,000 students in the Texas public education system, according to the National Center for Education Statistics. That includes students who are physically, mentally and developmentally disabled — who all have different ways of learning that are best for them.

But when the new school year starts, parents may not have much of a choice about sending their children back to campuses. After legislation that would have funded remote learning stalled in the Texas Legislature, many school districts canceled virtual learning plans for the upcoming school year — leaving families with months to weigh limited options before the fall semester starts at many school districts in August.

At the end of the Texas legislative session, lawmakers were poised to pass a bill that would have funded virtual education at Texas schools and allowed districts to continue remote learning programs without sticking them with the bill, leaving the door open for families to choose the best method of learning for their children.

House Bill 1468 was designed for Texas students in general, not students with disabilities. It does not require schools to offer remote learning next year. The bill enjoyed broad support from both Republicans and Democrats and passed by wide margins on both chamber floors and in committee hearings. Expanding virtual learning options was one of Lt. Gov. Dan Patrick’s priorities at the start of the session.

But the bill died at the hands of a legislative deadline after House Democrats walked off the floor to block the passing of a contentious voting bill that would have overhauled Texas elections and introduced new restrictions.

“I’m disappointed, but who’s really disappointed is a number of school districts that have reached out to me, as well as the governor’s office, in hopes that he would potentially add this as part of the call of the special session,” said state Rep. Keith Bell, a Republican from Forney and the legislation’s author.

Bell and state Sen. Larry Taylor, a Republican from Friendswood and the chair of the Senate Education Committee, have also asked the governor to give the legislation a second chance.

But Abbott has remained mostly silent on what will be on the table for the special session, besides reintroducing the voting bill and addressing critical race theory. Bell said that the governor’s office hasn’t responded to the letter, and the governor’s office did not respond to The Texas Tribune’s request for comment.

Some research indicates that in-person education is better for students. But for many disabled students, it’s been a question of safety and public health. For example, people who are immunocompromised, like Lindsey’s daughter Emily, may be at a greater risk for COVID-19 and face the possibility of the vaccine not working as effectively. The vaccine also hasn’t been approved for students under 12 yet, which further complicates things for students and their families. 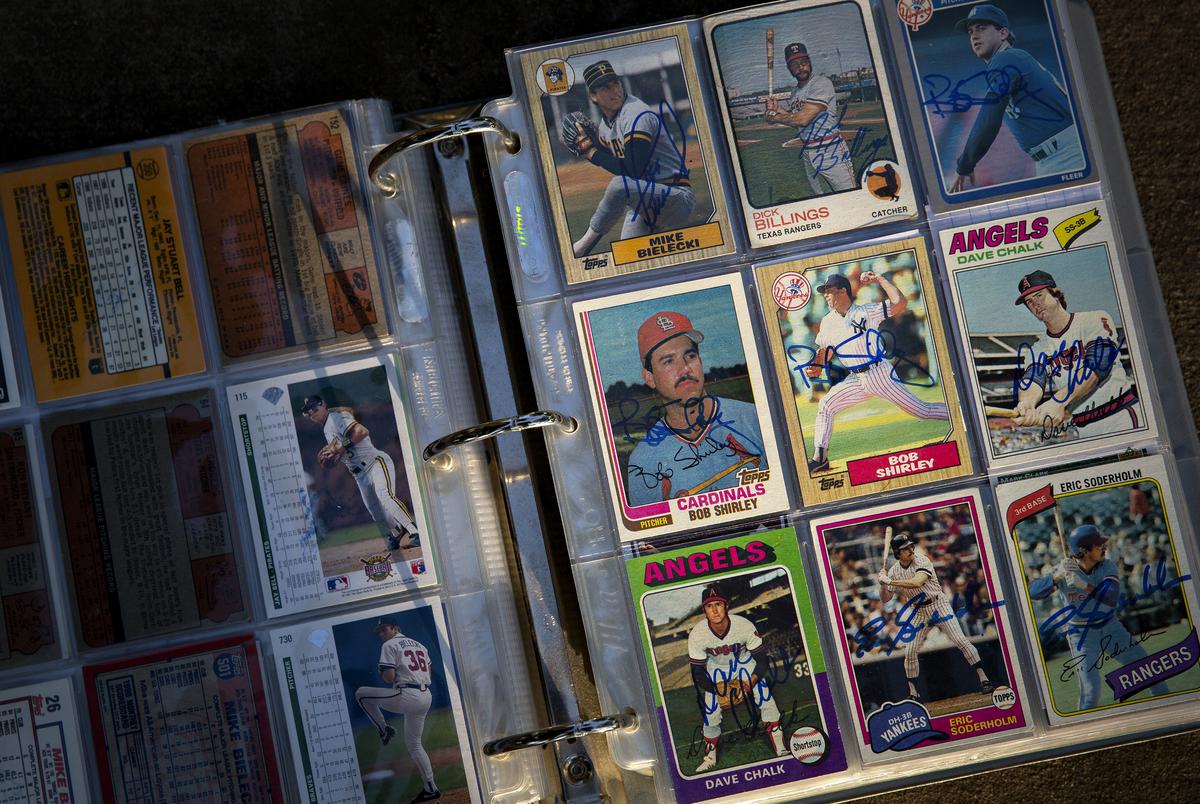 The Turner family made a hobby of sending baseball cards and letters to former players to sign and respond to during the pandemic. Credit: Shelby Tauber for The Texas Tribune 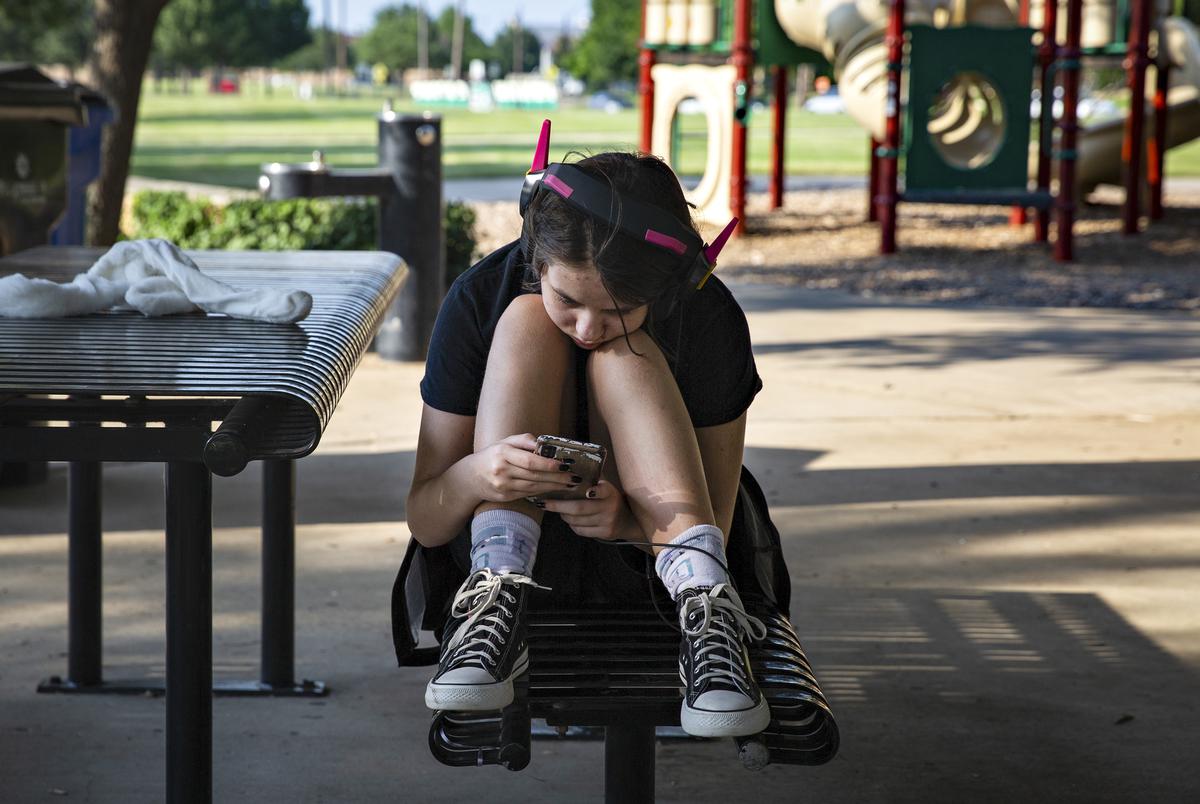 The Turner family has a picnic dinner at Crescent Park in Frisco on June 23, 2021. Credit: Shelby Tauber for The Texas Tribune

First: The Turner family made a hobby of sending baseball cards and letters to former players to sign and respond to during the pandemic. Last: Halo Turner watches videos on her phone. Credit: Shelby Tauber for The Texas Tribune

Students with mobility issues found it easier to be at home when their schools aren’t built for students like them. Autistic students might have trouble wearing masks for long periods of time.

Parents have also found there are reasons beyond physical health concerns to keep their kids learning at home. Morenike Giwa Onaiwu’s 12-year-old daughter, Legacy, is both gifted and disabled. Legacy is on the autism spectrum, has ADHD and will be a freshman next year in Fort Bend ISD, near Houston.

While studying “Macbeth” remotely last year, Legacy started to show a witty side that her mother had never seen before.

“I just feel like I see more engagement because I feel like it’s taking less emotional and intellectual energy to just be in the classroom setting,” Giwa Onaiwu said. The family is considering doing a hybrid model in the fall.

Fort Bend ISD is considering options for students interested in virtual learning, according to The Fort Bend Star. While some school districts like Dallas ISD offer a hybrid learning option, many others are scrapping their plans. Few online schools that center Texas students exist.

Existing law allows remote instruction in public schools as long as the majority of instruction is in person. Texas also has seven fully virtual schools offered around the state that students could attend. The schools are relatively small but have seen an increase in enrollment in recent years. However, 86% of students enrolled in these programs attend a campus with a C rating or lower, according to Raise Your Hand Texas. Those ratings are given by the state. 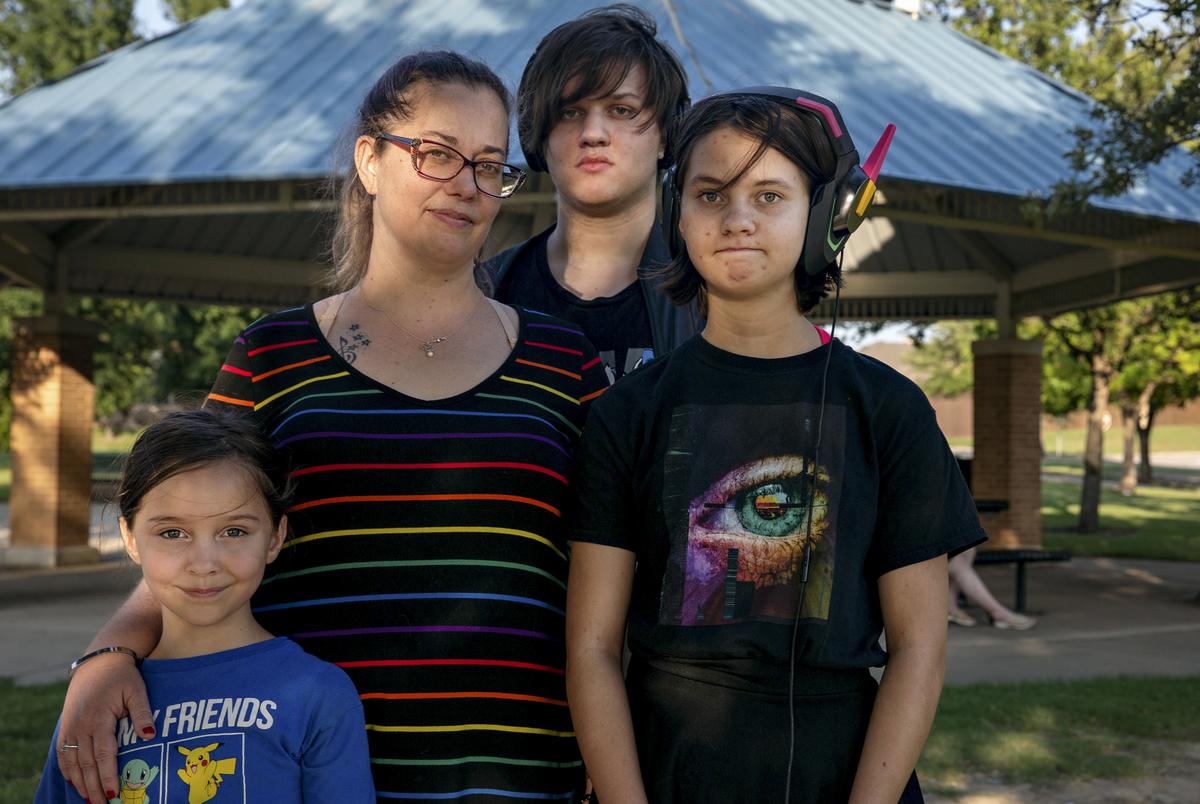 Aubrey Turner, mother of Annabelle, Sam and Halo, is one of many parents concerned about House Bill 1468 dying in the recent legislative session. The bill would’ve allowed public schools to continue offering remote learning next school year without reduced funding. Credit: Shelby Tauber for The Texas Tribune

Not every student with disabilities thrived under remote learning.

Aubrey Turner has three kids that were remote learners last year through Irving ISD in North Texas. Her eldest son, Sam, is autistic and has been taking advanced work since he was in middle school. He also has an individual educational plan that gives additional, one-on-one support to help him do his work. During the 2020-21 school year, he was taking 11th grade classes as a 10th grader. In 2021-22, he’s taking the same kinds of classes: 11th grade classes as an 11th grader.

Many students like Sam struggled during the pandemic. Families were often left to manage their children’s learning and seek out special services on their own when schools went remote. Some educators struggled to adapt students’ individual learning plans virtually.

Sam isn’t excited to go back to school, whether it’s remote or in person.

“The best thing for me was sleeping,” he said about his experience last year. “The worst thing was that I couldn’t get anything done.” This fall he will be attending high school in person, as will his two younger siblings at their middle and elementary schools.

Disability policy experts say some of the issues students with disabilities faced in the years prior to the pandemic were addressed in bills that passed during the session.

Some standouts include HB 159, which prepares educators to work with disabled children by requiring additional training, and HB 785, which establishes requirements for educators after they use restraint on a child with disabilities.

“Special education is its own monster,” Jolene Sanders-Foster, advocacy director for the Coalition of Texans With Disabilities. She’s also a mother of three, including a son who has autism. “This was one of those weird sessions where we didn’t know what to expect, and somehow we ended up being able to celebrate some of those big wins.”

Experts caution that every student with disabilities is different, and each school should work with parents for what is best for the child.

But that doesn’t always mean it is happening.

“What the law requires and what is reality, of course, isn’t always the same,” Powell said.

Disclosure: Raise Your Hand Texas has been a financial supporter of The Texas Tribune, a nonprofit, nonpartisan news organization that is funded in part by donations from members, foundations and corporate sponsors. Financial supporters play no role in the Tribune’s journalism. Find a complete list of them here.

Correction, June 29, 2021: This story incorrectly stated which school districts signed a letter asking the governor to consider including funding for remote learning during this summer’s special legislative session. Cypress-Fairbanks ISD was not one of the 30 districts.