Get in on the latest Insider Deals!

Running for Texas Senate, Raul Reyes defies the lieutenant governor who controls it

State Sen. Dawn Buckingham was addressing a group of Republicans earlier this month in Burnet County, at a dinner event that is usually an upbeat affair for the party faithful, when her speech turned unexpectedly adversarial.

The Lakeway Republican, who is vacating her Senate seat to run for land commissioner, singled out one of the audience members, Raul Reyes, a fellow Republican who is running to succeed her in District 24. She said she did not appreciate the campaign Reyes was running and called him dishonest. There were gasps in the audience.

Buckingham, an ally of Lt. Gov. Dan Patrick, who oversees the Senate, is backing Reyes’ opponent, former state Sen. Pete Flores, to fill her seat. So is Patrick and former President Donald Trump.

But Flores failed to win the primary outright on March 1, so the two are heading to a May 24 runoff. And Reyes has been here before, running a close primary runoff for Congress in 2020 where he also crashed the Republican establishment’s party.

Buckingham’s broadside was illustrative of the target on Reyes’ back this time around. Flores was essentially handpicked by Patrick to replace Buckingham and if he were to win, the lieutenant governor will have successfully assembled his most loyal GOP caucus yet for the 2023 legislative session. Every other candidate that he backed for an open seat won their primary outright.

Meanwhile, Reyes is running in part on a campaign of independence from Patrick, who has infamously ruled the Senate with an iron fist and a tight grip on his membership. Reyes has said Flores would be a “yes man” for Patrick, suggesting the lieutenant governor has surrounded himself with an “echo chamber” in the Senate while conservative priorities languish.

“Right now, if you ask me, it’s a Senate of one, and that’s Dan Patrick,” Reyes said in a recent interview at a coffee shop in his hometown of Castroville. “And that cannot happen, because we’re sending senators up there that don’t work for us. They work for Dan Patrick.”

Flores disputes that, saying it was Patrick who told him when he first got to the Senate in 2018 that he should “always vote for your district first.”

“The conservative majority in the Texas Senate works to adopt policies and achieve the priorities of most Texans who are pro-life, pro-Second Amendment, pro-opportunity, pro-free enterprise, believe in limited government, and want to fight the Biden Administration’s federal government overreach,” Flores said in a statement for this story. “It is that policy alignment with the Lt. Governor that has allowed the Senate to lead. We individually work for the good of our districts, and we work collectively for the good of all Texans.” 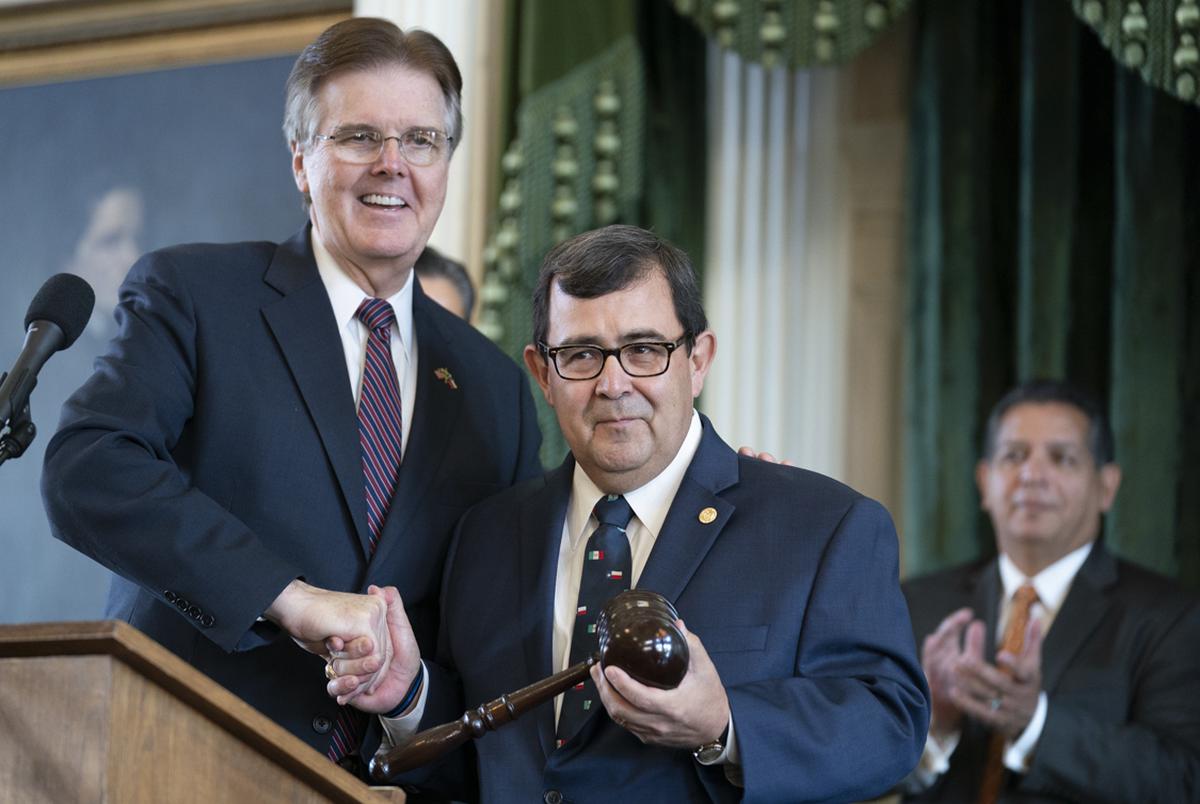 Pete Flores with Lt. Gov. Dan Patrick after being sworn into office as the newest senator in SD-19 on Oct. 12, 2018. Credit: Bob Daemmrich for The Texas Tribune

To be sure, Reyes remains the underdog in his current campaign. He got 33% of the vote in the primary, behind Flores with 46%. A third candidate, Lamar Lewis, got 21%.

With all of his other priority races settled, Patrick can be expected to pull out all the stops to ensure a Flores victory on May 24. The winner of the runoff is likely to be the next senator because the district was drawn to favor Republicans in November.

Reyes and Flores are both Hispanic Republicans who cut their teeth politically in rural South Texas, following backgrounds in public service. Reyes is a retired Air Force lieutenant colonel, Flores a former game warden. But the similarities do not go far beyond that.

While Reyes can be bombastic and confrontational, Flores is more mild-mannered. Campaigning with Flores during the primary, Patrick said Flores is “too nice to be in politics — but he’s a fighter.”

“Pete’s a tough guy — soft-spoken, big stick,” Patrick said, adding that Flores always commanded attention from his colleagues when he spoke on the Senate floor.

Reyes’ supporters say he would shake up the status quo in Austin.

Flores first got to the Senate in 2018 by winning a special election runoff for a previously Democratic-held seat, flipping it for the first time ever in a GOP breakthrough that garnered national attention. But he only got to serve for two years. When he ran for reelection for the full term — the same cycle as the presidential election — Flores could not beat the odds again, losing to then-state Rep. Roland Gutierrez, D-San Antonio, by a few percentage points.

It was that same cycle that Reyes got his first taste at being a thorn in the side of the Republican establishment.

He launched a primary challenge to U.S. Rep. Will Hurd, R-Helotes, in his national battleground district, but the moderate Hurd later decided not to seek reelection and backed a former Navy cryptologist from San Antonio, Tony Gonzales, to succeed him. Gonzales quickly became the favorite of House GOP leaders, who were eager to hold on to the highly competitive district in November.

But Reyes forced Gonzales into a runoff and earned the endorsement of U.S. Sen. Ted Cruz. Trump, then the president, subsequently endorsed Gonzales, who finished 45 votes ahead of Reyes on election night. Reyes requested a recount, and the margin narrowed but not enough to change the outcome.

The rivalry between Gonzales and Reyes was famously bitter — and it is still rippling. Reyes’ former campaign manager, Frank Lopez, declared his intent late last year to run against Gonzales as an independent.

Cruz is not with Reyes this time — he endorsed Flores early on — but Reyes still sees clear parallels.

Patrick was eager to return Flores to the Senate, and redistricting provided the perfect opportunity. With Buckingham running for land commissioner, her seat in Senate District 24 was open, and Republican lawmakers redrew the safely red district to stretch south to conspicuously encompass Flores’ hometown of Pleasanton. The newly drawn district encompasses mostly rural parts of Central and South Texas.

Flores announced his campaign two days after the initial draft of the Senate map came out, moving so fast that his website still had his 2020 campaign logo on it.

The fallout from the redrawn district forced another Republican, former Austin City Councilwoman Ellen Troxclair, to drop her monthslong campaign for the seat, and she later chose to run for the state House instead.

But Reyes was undeterred and announced his campaign in early October — two days after Trump endorsed Flores.

Within days, the battle lines were crystallizing. During a Central Texas GOP event where both Flores and Patrick were present, Reyes said the district needs a “bulldog — not a lapdog — in the Senate” and denounced efforts to redraw districts “to get somebody you know into a certain Senate seat because it’s easier to work with them.” 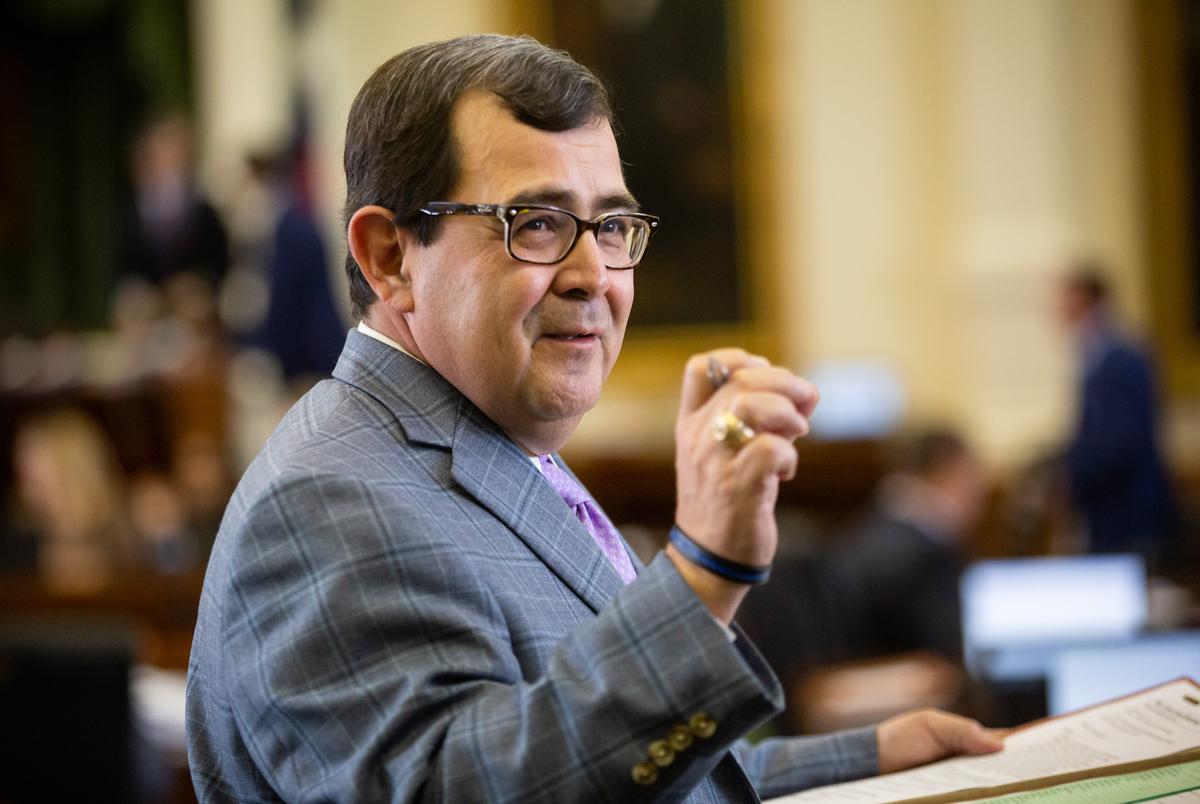 Reyes and his supporters have since expended considerable energy painting Flores as a RINO — Republican in name only — who would not fight hard enough in the Senate for conservative priorities like election integrity and border security. They point to his relatively moderate tenure previously in the Senate, when he represented the Democratic-leaning district. Reyes said he is not giving Flores a pass on that, arguing that his close runoff for Congress in 2020 showed that staunch conservatives can be competitive in battleground districts.

Flores has been running on his high-profile endorsements and previous Senate experience — noting his perfect attendance record, for example.

“I was certified as present 100% of the time,” Flores has said on the campaign trail. “I voted over 3,100 times. I was on six committees. Because I feel then and I feel now that if I’m present, then you’re present, and that’s how I want to continue that.”

The two have perhaps fought the most over who is tougher on the border. After the LIBRE Initiative, a conservative Hispanic outreach group, endorsed Flores in January, Reyes seized on the endorsement, saying “this Pro-Amnesty, Open Borders PAC knows they can count on my opponent.” Flores — and other Patrick-backed Senate candidates — quickly refused the endorsement, suggesting they disagreed with its immigration views. (The group has long advocated for a permanent legislative solution for “Dreamers,” or young people brought to the country illegally as children.)

Reyes has also claimed in a mailer that Flores “refused to support” a House bill that would have helped fund a border wall, which Flores’ campaign called a “bald-faced lie.” Flores was a cosponsor of the bill, signing on after it passed the House and four days before it got a hearing in a Senate committee, where it died. In the interview, Reyes did not dispute that Flores was a cosponsor but said he could have been more proactive in supporting the proposal.

Flores defended his border-security record while campaigning with Patrick in Belton in the lead-up to the primary.

“I’ve always been a proponent of the rule of the law,” Flores said. “It’s been my position then, my position now and my position going into the future.”

Reyes has also sought to outflank Flores by embracing calls to abolish abortion and to eliminate committee chairmanships for Democrats in the House.

Trump’s endorsement has also fueled tension, with Flores’ campaign saying Reyes has falsely claimed the support of the former president. In the heat of the 2020 congressional primary runoff, Trump’s campaign sent a cease-and-desist letter to Reyes over a mailer that showed a photo cutout of Reyes alongside one of Trump. Reyes denied any misrepresentation in either of his campaigns, saying he “would never steal Donald Trump’s endorsement.”

​​”We love Donald Trump,” Reyes said. “We’re not going to say we’re endorsed by him, but I have a right to say I’m more America-first than that guy.” 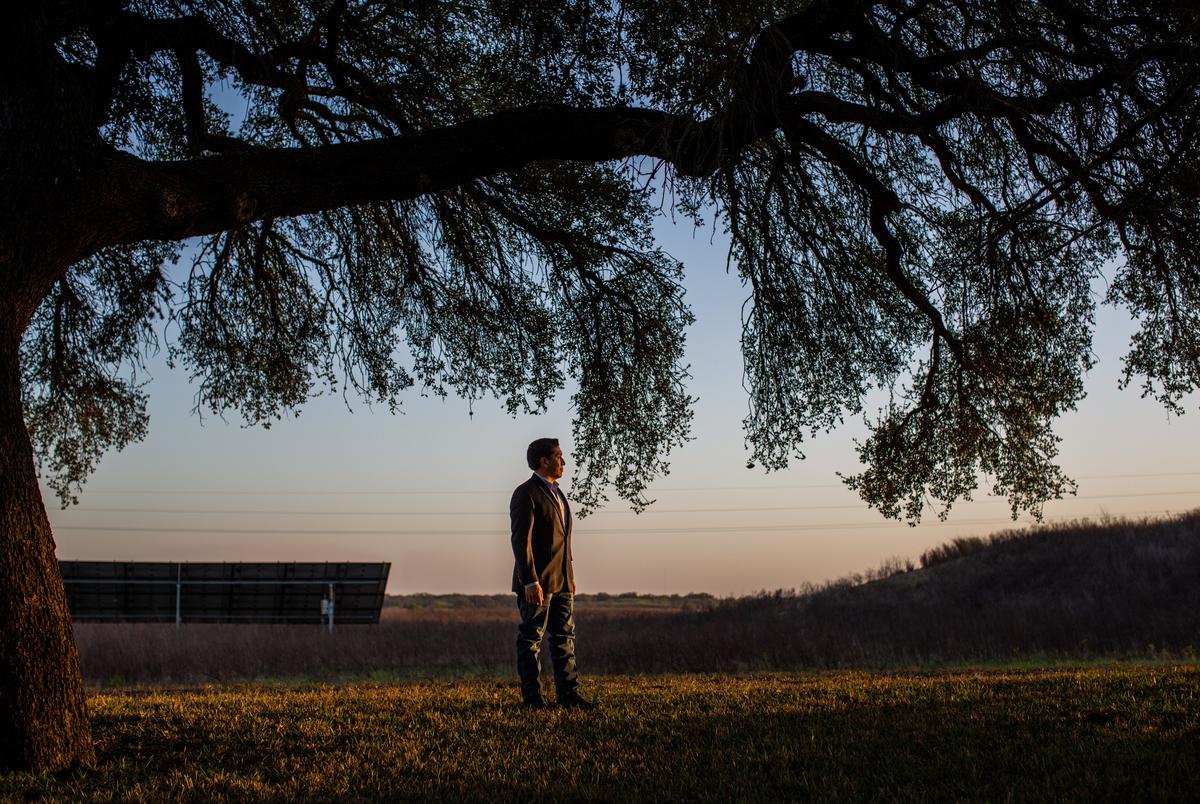 Reyes received 13% fewer votes than Flores in the March primary, but is confident for the runoff. Credit: Kaylee Greenlee Beal for The Texas Tribune

Flores has easily led in fundraising, but Reyes was financially viable in the primary thanks to a combined $300,000 from a single donor: Billy Hopper, the former sheriff of Loving County, which is in far West Texas and regularly ranks as the least populous county in the country. Hopper's donations made up most of Reyes' total fundraising in the primary.

Hopper did not respond to messages seeking comment, and Reyes only spoke generally about his donors.

“I won’t say a lot except for other than that I have a wonderful relationship with all my donors,” Reyes said. “What people should know – there’s no strings attached [with any donor].”

Since the primary, Flores has collected endorsements from the third-place primary finisher, Lamar Lewis, as well four state representatives who cover parts of the district.

As for the Buckingham incident, he said he found it to be a “complete disrespect” to the dinner attendees, and also to Abbott, who spoke before her. Whatever you think of Abbott, Reyes said, “you don’t do that in front of the governor.”

Reyes’ supporters, like Maria Martinez with Hill Country Conservative Patriots, are only emboldened by the forces they are up against.

“If I were them — Dan Patrick’s cabal — I’d be worried,” Martinez said, “because we are the wild card.”

We can’t wait to welcome you in person and online to the 2022 Texas Tribune Festival, our multiday celebration of big, bold ideas about politics, public policy and the day’s news — all taking place just steps away from the Texas Capitol from Sept. 22-24. When tickets go on sale in May, Tribune members will save big. Donate to join or renew today.