Three supervisors from SARA's utilities department no longer working there

SAN ANTONIO – In leaked audio recordings provided to the KSAT 12 Defenders, three top officials with the San Antonio River Authority are heard discussing a culture of racism within one of the agency's departments.

The audio was recorded on back to back days in November as officials addressed employees within the river authority's utilities department about the firing of two employees and the assault of another employee.

"I apologize for interrupting the flow of your work day, but this is not good news. It's not a good announcement that I have to make," San Antonio River Authority director of operations John Chisholm said November 19 as he opened the meeting.

Chisholm then informed workers that utilities manager John Gomez and assistant maintenance supervisor Clarence Kiolbassa were no longer with the agency.

River Authority personnel records confirm that Gomez and Kiolbassa were terminated the same day Chisholm and Knott met with employees.

"We've had some instances of not treating people with the respect they deserve, both professionally and racially, and we can't stand it. It's a sad day, it's a hard day, but it's kind of a line in the sand day," said Chisholm.

"It's never easy to make the decisions we made, but we did it in the best interest of the people who work here, who make us all look good every day," Knott is heard saying on the recording.

"I just felt like I needed to get in front of y'all," said Scott. "It just seemed that there was some, maybe a culture of inappropriate language, inappropriate treatment of people, inappropriate, um, using racist terms."

Issues within the utilities department surfaced November 6 after a Defenders investigation revealed that a supervisor struck an employee in the face with a large PVC pipe inside a SARA maintenance building in east Bexar County, permanently disfiguring the employee.

The supervisor, identified as maintenance foreman Alfred Rakowitz, resigned less than a week later, shortly before he was scheduled to be terminated.

Officials with the River Authority first described the victim's injury as minor, but after the Defenders shared details from the Sheriff's Office's criminal investigation into Rakowitz, officials admitted that the employee would require surgery and likely miss a significant amount of work.

A source familiar with the criminal investigation said the victim underwent reconstructive surgery on his nose, but is still disfigured as a result of the incident. 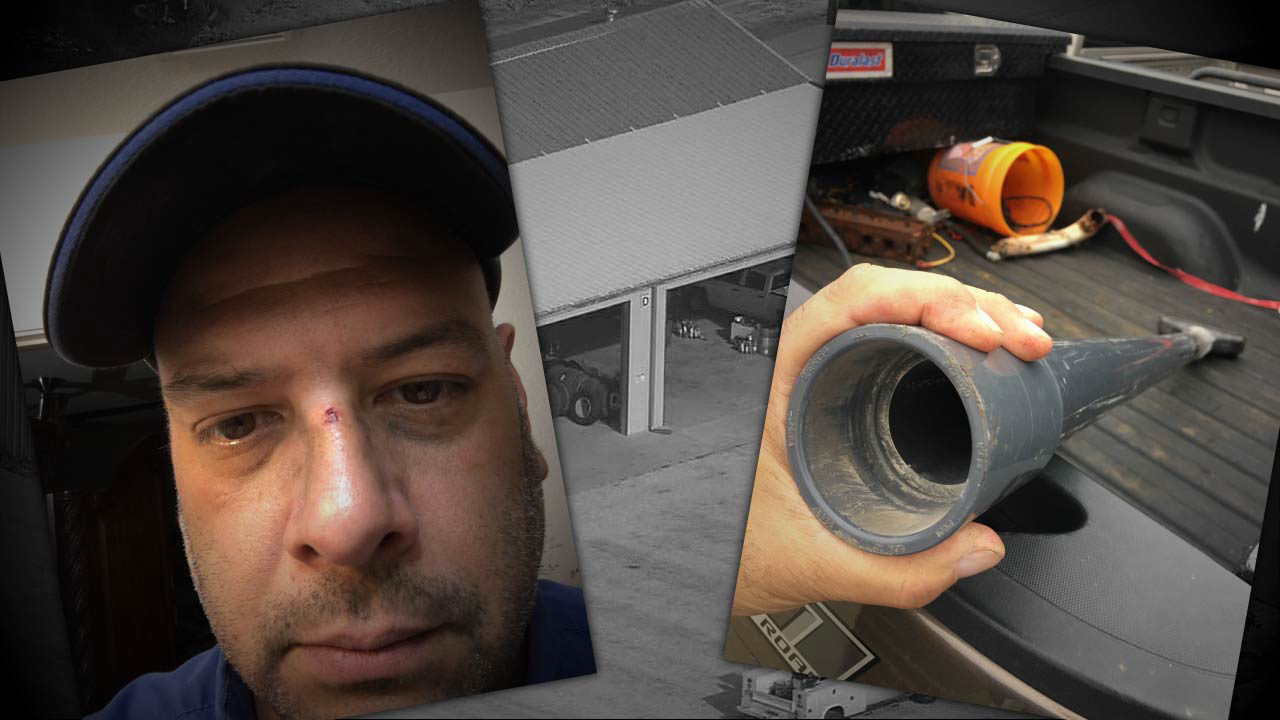 A Bexar County Sheriff's Office spokeswoman this week said the case was filed with the district attorney's office as an aggravated assault on December 7.

Gomez and Kiolbassa were fired a week after the employee assault, records show.

SARA officials, who were transparent in their release of records related to the PVC pipe incident, have become markedly obstructive since then.

Officials refused to make Scott, Chisholm and Knott available for interviews for this story since the Defenders would not allow the agency to listen to the recordings ahead of time.

It is the policy of the Defenders not to share investigative materials with agencies that it is reporting on.

River Authority officials have also refused to say why Gomez and Kiolbassa were terminated.

Officials later declined to release the personnel files of both former employees because the agency anticipates Gomez may file a lawsuit over his separation from the agency, according to a December 11 letter sent to the Attorney General's Office. However, a search of state and federal court records show no pending lawsuits involving Gomez and the San Antonio River Authority.

Additionally, the River Authority has asked the state attorney general to allow them to withhold personnel files for both employees despite KSAT's willingness to accept the redaction of information related to Gomez's possible lawsuit.

After declining repeated requests for interviews for this story, a SARA spokesman released the following statement:

The San Antonio River Authority continually strives to foster a culture that embraces diversity, as well as a safe environment that respects the rights and dignity of every employee and where everyone can feel safe and supported while performing meaningful service to the public. Any allegations of actions or behavior that are counter to the River Authority's culture are taken seriously and quickly investigated with appropriate disciplinary action taken.

Scott sent an email to all SARA employees late last week echoing the statement and bracing employees for this story.

The refusal of River Authority officials to speak with the Defenders for this story leaves one big question unanswered: How did a culture of racism pervade one of its departments in the first place?

Alfred Rakowitz, a maintenance foreman who worked for the River Authority since 2009, resigned Nov. 12, six days after he threw the pipe from a second-story loft, striking a co-worker below in...

Emmy-award winning reporter Dillon Collier joined KSAT Investigates in September 2016. Dillon's investigative stories air weeknights on the Nightbeat and on the Six O'Clock News. Dillon is a two-time Houston Press Club Journalist of the Year and a Texas Associated Press Broadcasters Reporter of the Year.